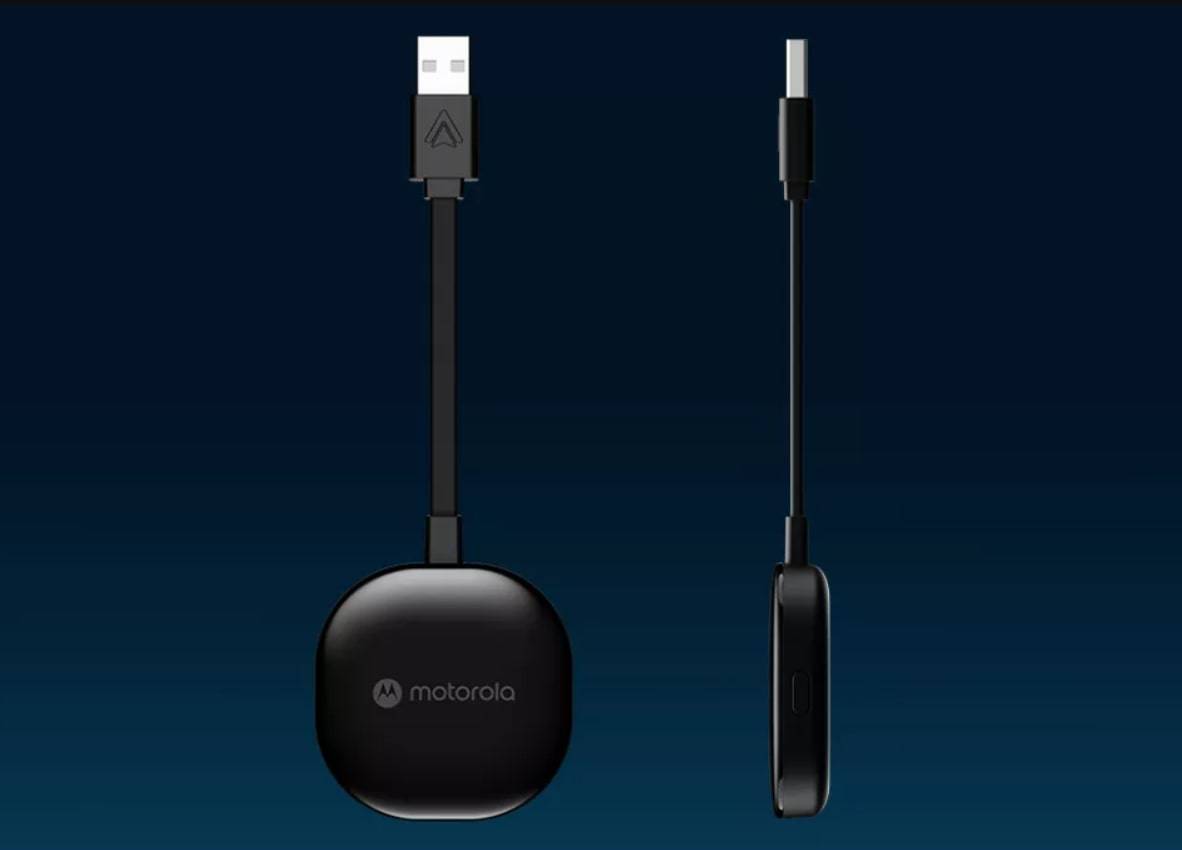 Android Auto users who want to add wireless functionality to their wired head units will want to keep an eye out for the Motorola MA1 dongle. The gadget, first announced at CES 2022, has largely been out of stock for the past several months. But, based on recent reports and a quick glance at the Amazon store page for the product, it’s back again. Although, it’s difficult to say for how long.

What is the Motorola MA1 Android Auto dongle, exactly?

Now, the product in question, as noted above, primarily serves as a way to make existing Android Auto units wireless. Specifically, where those are wired units that require a direct line-in connection to work.

It accomplishes that, as might be expected, by plugging into the same USB port the phone typically plugs into. Then, it creates its own 5GHz Wi-Fi connection for sending media files and more. While it utilizes Bluetooth for its primary connection, just as with a standard wireless Android Auto unit. Allowing users to get the most out of their Android Auto car stereo, without spending exorbitant amounts of money on a new piece of hardware.

Moreover, while not the first of its kind, this is the first such device to come from a widely lauded brand such as Motorola. Albeit, built in conjunction with SGW Global under the manufacturer brand “Motorola Sound.”

The biggest caveat, of course, is that the dongle is not going to work with every smartphone. While it first requires a wired Android Auto car stereo to work. It also requires that the user’s phone is running Android 11 or later.

Setting that aside, the fact that the gadget is built by Motorola means the $89.95 device is arguably a better pick. At least compared to gadgets from less familiar brands. Since buying from a widely trusted brand is more likely to result in good support for the product, if and when that’s needed.