Google Duo is slated to merge with and effectively become Google Meet and the updates to kick off that transformation are starting now. That’s based on recent reports citing a new banner card in the app update to version 169.0.459621665.duo.android_20220612.16_p6.

The banner, appearing just below the search bar in the updated Google Duo, explains the transition. Namely, stating that Duo will “become Meet,” as well as describing what that means for end-users. Changes, for instance, will include the Meet icon and branding. But it will also include new background effects for Duo calls, similar to what’s in Meet.

How does Google Duo change with the update transitioning to Google Meet?

Of course, the full-blown merger between Google Duo and Meet is not happening with this update. The two incredibly popular video chat apps will retain their own branding for the time being. With no exact timeline provided for when the merger will be complete. But there are a few other changes hinting at the change, as shown in the images shared by the source and included below. Setting aside the new banner.

To begin with, behind the scenes, Google Meet meetings set up via Duo utilize cloud encryption for private conversations but while still allowing features like chat and live captions. Google Account names and any assigned pronouns will be shown during a call. And those who were blocked in Duo will be able to join Meet calls.

The UI is a bit different with the update as well, to match the more Meet-centric features. The “New Call” button now simply says “New” and there are new options to create calls as well. For instance, users can “Create a new meeting” or “Schedule in Google Calendar,” for direct meeting creation or scheduled future calls. In both cases, creating a new meeting works as it does in the Google Meet app following the update. 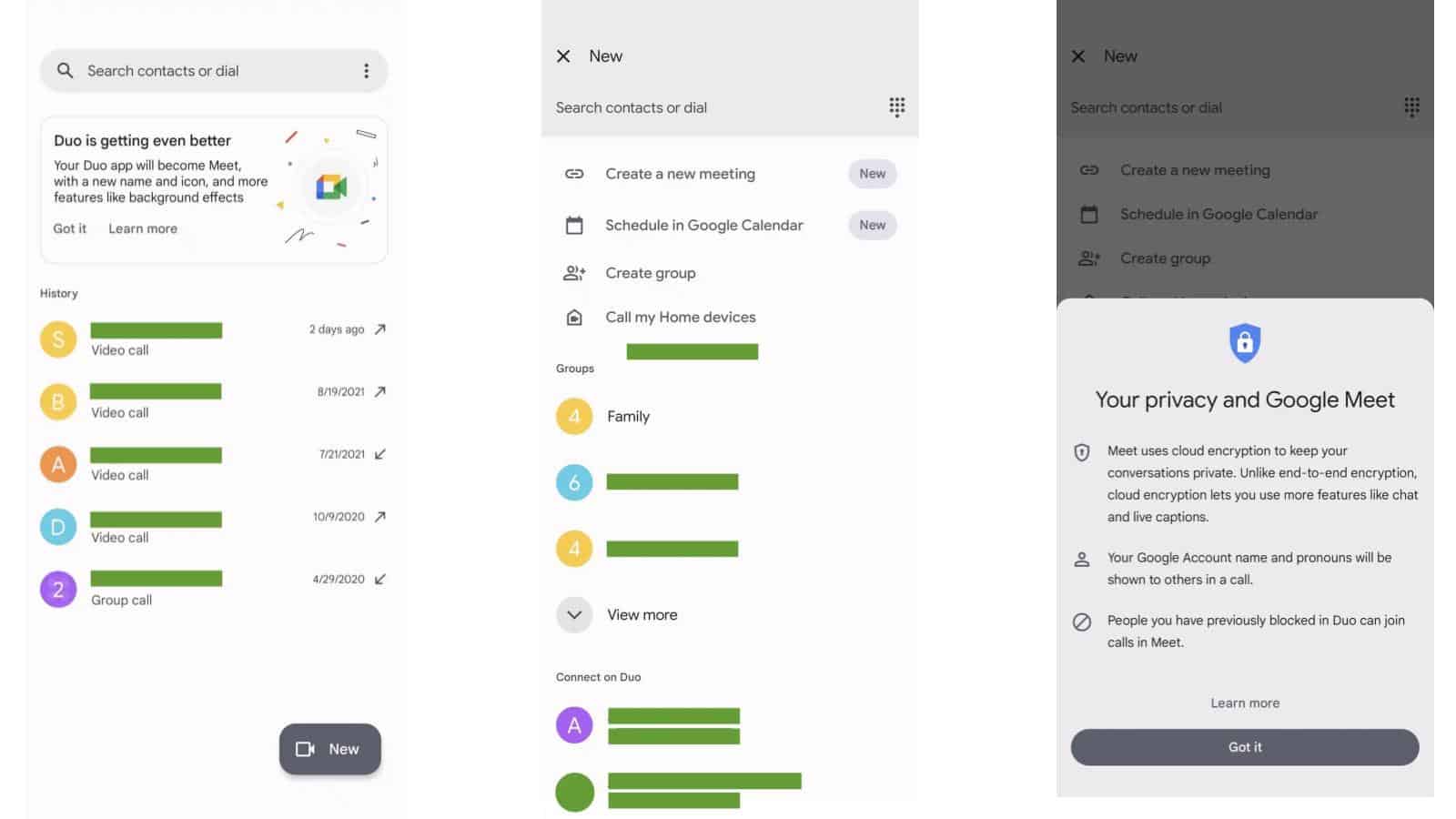