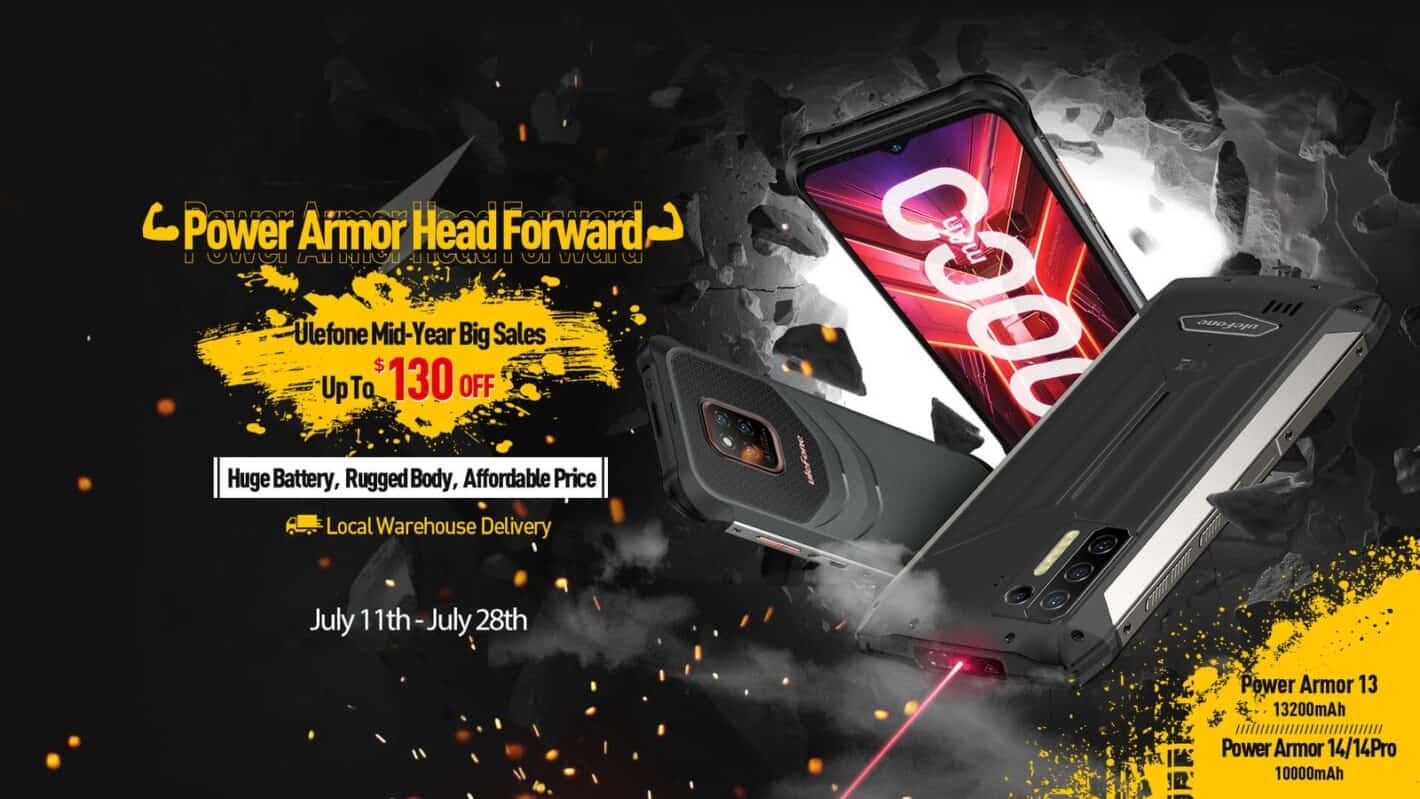 Ulefone has launched its July sale, and is offering discounts of up to $130 on its rugged smartphones. The company is well-known for its rugged phones, so they’re usually front and center, even though Ulefone does sell regular phones as well.

Ulefone intros July sale which will last until July 28

If you’re interested in any of the company’s phones, do note that this sale will be live until July 28. Quite a few devices are on offer here, so there’s plenty to choose from. We’ll talk about some of them below, and provide you with a link for the rest.

The phone also includes 8GB of RAM and 256GB of internal storage. A 48-megapixel camera sits on the back, while the phone does support wireless charging. If you decide to buy this phone with some accessories, you’ll get an extra $20 discount.

You will find a 6.52-inch IPS LCD display on the front, while the MediaTek Helio G85 SoC fuels the phone. 6GB of RAM is included, as is 128GB of internal storage. That storage is expandable, by the way.

This device also includes 6GB of RAM and 64GB of internal storage. The same $20 coupon offer applies here as well, if you get a protective case or a wireless charging pad.

Various different models are on offer