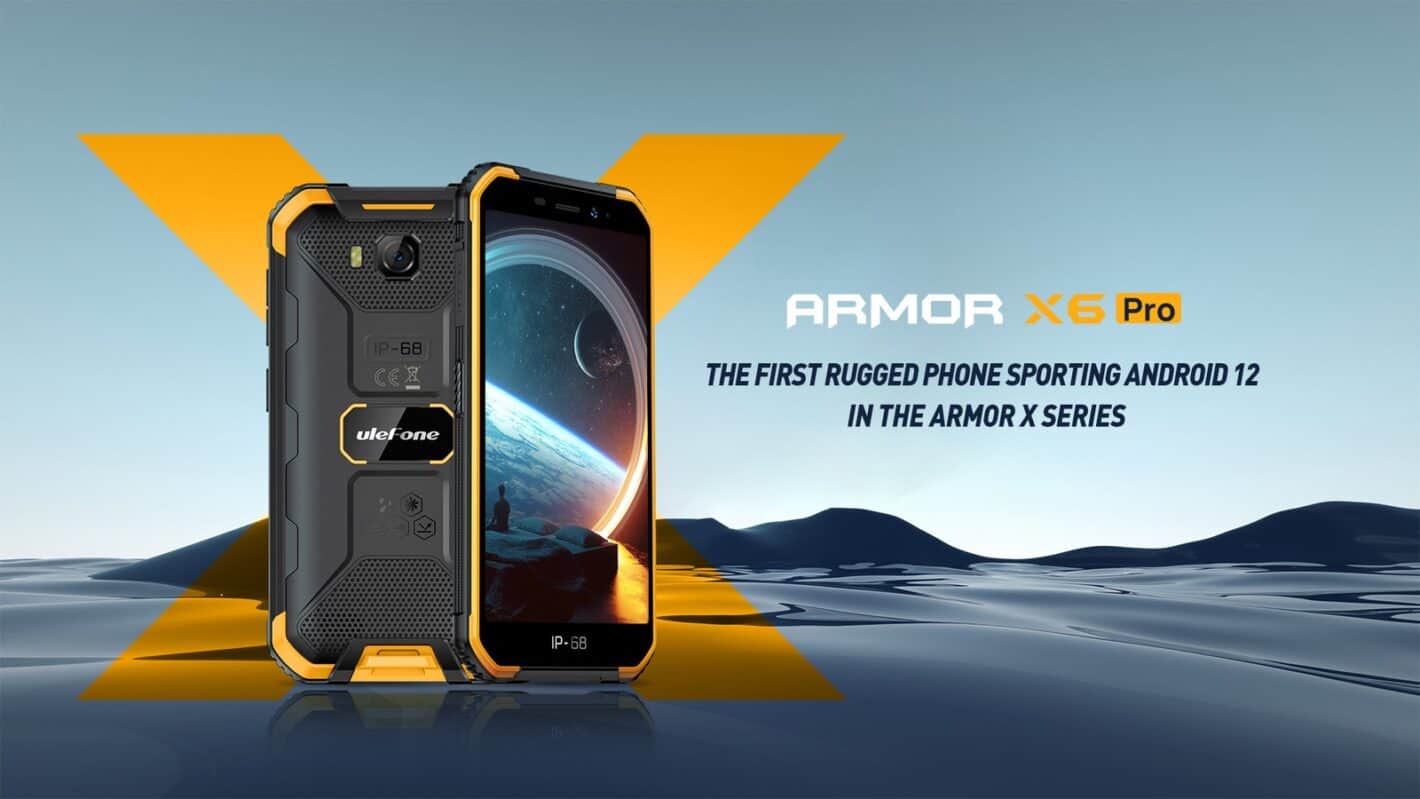 Ulefone has announced a new phone, the Armor X6 Pro. This is the company’s new rugged smartphone, and it comes with Android 12 pre-installed. As its name says, this is a ‘Pro’ variant of the Ulefone Armor X6 which launched a while back.

The Ulefone Armor X6 Pro is now official, and it looks like its sibling

This device looks basically the same as the Ulefone Armor X6, but its specs are a bit different. It looks like a rugged phone, there’s no denying that. Its IP rating is highlighted on the bottom bezel, while it’s reinforced all over.

This phone definitely looks like it can take a hit, while its bezels are not exactly thin, but that’s something we’re used to when it comes to rugged phones. Speaking of which, this phone is not only IP68/IP69K certified, but it also has the MIL-STD-810G certification. So it is not water and dust resistant, but it’s also quite tough too. It can also handle extreme temperatures.

The phone comes with 4GB of RAM and 32GB of expandable internal storage. The phone is fueled by the MediaTek Helio A22 SoC. Android 12 comes pre-installed, as mentioned earlier, and it’s a rather bloat-free version of Android.

A 13-megapixel main camera is included, as is a 4,000mAh battery

A 13-megapixel main camera sits on the back, Ulefone opted for Sony’s IMX214 sensor here. That is the only camera that you will find on the back of this phone. A 5-megapixel selfie camera is also a part of the package, though.

You will find a 4,000mAh battery on the inside, and the phone supports 5W wired charging. Facial scanning is supported on the device, while there are two SIM card slots included here. The phone also supports 4G connectivity, you can have both cards connected to 4G at the same time.

We still don’t know the price tag of this phone, but you can read more about the device by clicking the link below. Do note that this is a budget handset, though, so it’s going to be quite affordable. You can also check out the company’s official promo video, which is embedded below.