Twitter has now announced the rollout of its new “Unmention” feature, allowing users to leave a conversation, following testing that started back in April. The new feature is now rolling out widely, and effectively to every user. Although we haven’t seen it show up just yet on Android Headlines devices so it could take a bit longer for some.

The feature, as its branding implies, lets users remove the link to their profile from a conversation they’ve been mentioned in.

Does the new feature let you actually leave a conversation?

Now, the new “Unmention” feature on Twitter won’t necessarily let users leave the conversation entirely. At least not in the same way that blocking or muting does. Whatever comment has been made will remain. And users will still be able to access the conversation manually. They’ll also be able to continue commenting on and interacting with the thread.

Instead, what the new feature does is bring an end to any service-based nudges pushing users back toward the conversation. And, as noted above, remove the tag that serves as a link to their profile page. So users can’t simply tap users tags to go to their profile in the popular social media app.

Summarily, the new feature stops users from being mentioned again in the conversation or thread. That’s in addition to stopping any further notifications that lead back to the thread or conversation.

How do you use the new Twitter Unmention feature?

To use the new feature, users simply need to open up the Tweet they’ve been mentioned in and then select the three-dot menu at the top right-hand side of the UI for the Tweet. Then, selecting “Leave this conversation” will call forward the new Unmention feature. Complete with an explanation of what exactly the feature does and, of course, the option to “stay” in the conversation. The feature appears both on the web and in available mobile apps. 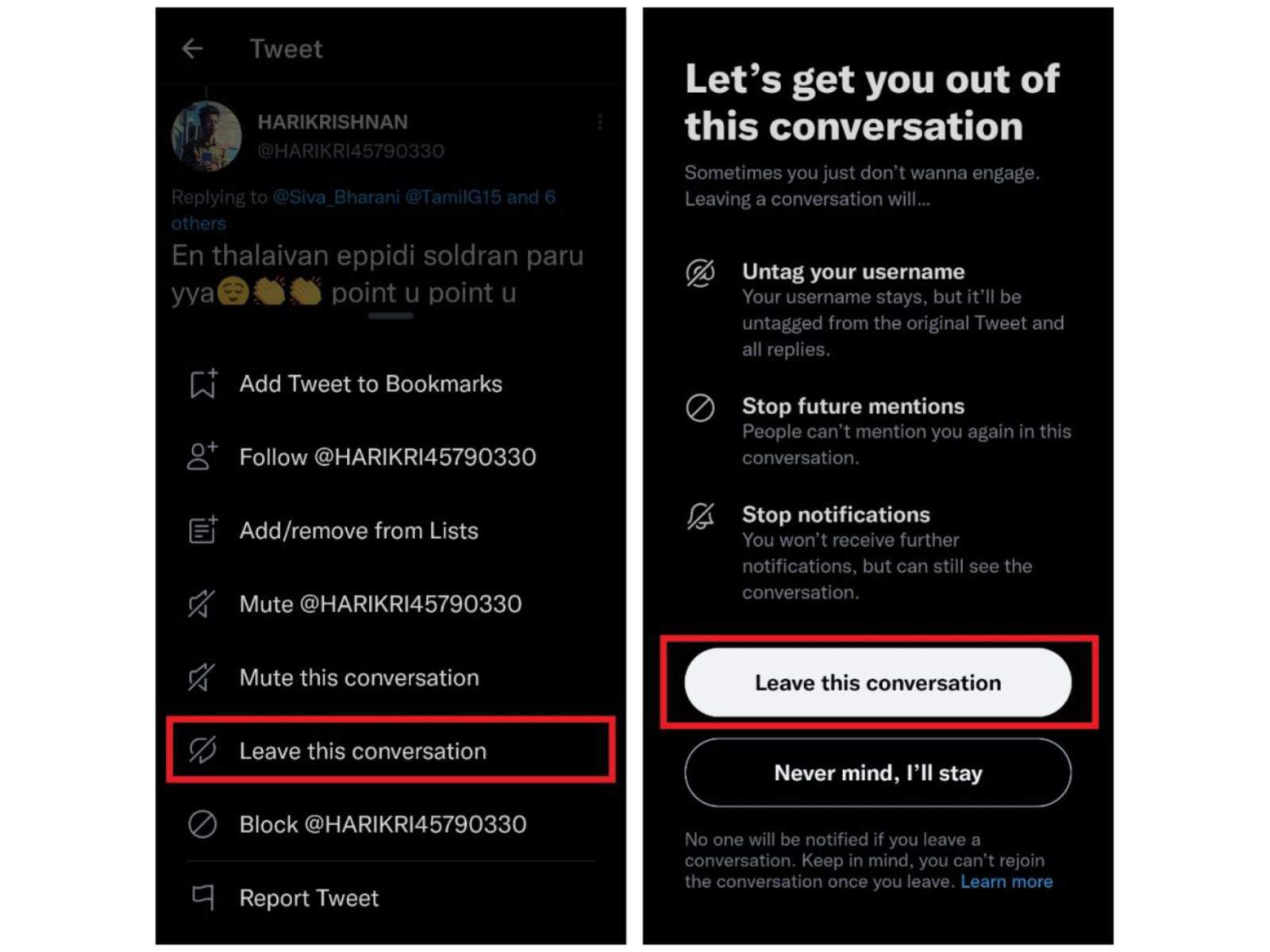