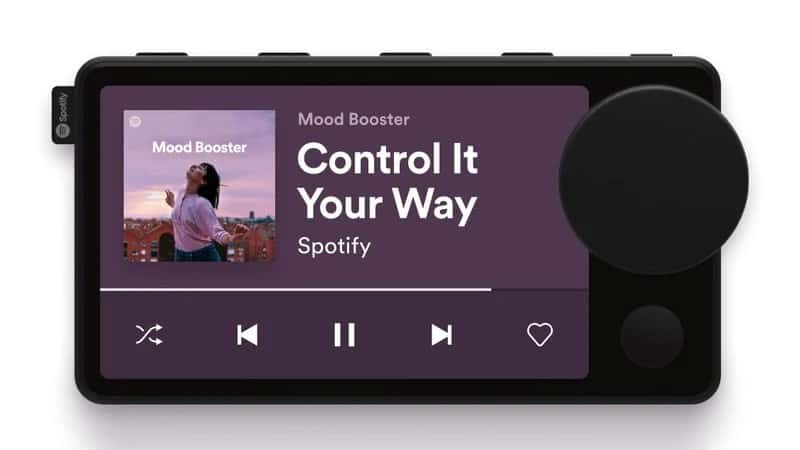 Spotify tried something ambitious, but it, unfortunately, didn’t pan out. The Spotify Car Thing, the company’s foray into the hardware business, has been discontinued. This is a disappointment, as it was not out for a long time.

There was a lot of hype leading up to the launch of the Car Thing. Over 2021, news and rumors about the device really heated up as it neared its release. It’s a device that can remotely control the Spotify app on your phone while you’re driving.

It’s a really nifty device that can let you control your music without having to take your eyes off of the road. Despite a few drawbacks, it was a nice device for people who love to listen to music or podcasts while driving.

But, the Spotify Car Thing was discontinued

Sadly, the device just didn’t resonate with customers in the way that the company wanted. According to Spotify’s Q2 2022 earnings report (via Engadget), the company has decided to stop manufacturing the Car Thing. “Reported Gross Margin was negatively impacted by our decision to stop
manufacturing Car Thing”.

Based on the report, the decision to discontinue the Car Thing actually had a negative effect on the company’s gross margin. The margin was 24.6%, and that’s down 386bps from Q2 2021.

So, why did the company stop making the device? Well, the Car Thing just wasn’t really a thing that people wanted to buy. It didn’t perform well with sales, so the company had to ax the device.

It was a first-generation device. As such, it wasn’t perfect. The device lacked a few things that would have made it more compelling. What made things worse was the price. It wasn’t a bad device, but it was a device that you’d pay almost $100 for. Buying a phone clip and using Car Mode with your phone seemed like a much more cost-effective solution.

So, what about the devices on the market?

As you can imagine, if you want to get one for yourself, you’ll be fishing from a drying pond. You’ll want to act fast and snag yourself one before they’re all gone. If price is a concern, you’d be glad to know that the price is now down to just $50. It will still work as intended, so don’t think that Spotify is going to drop support for the device.

We’re not sure if the company is going to jump into any more hardware ventures in the future.