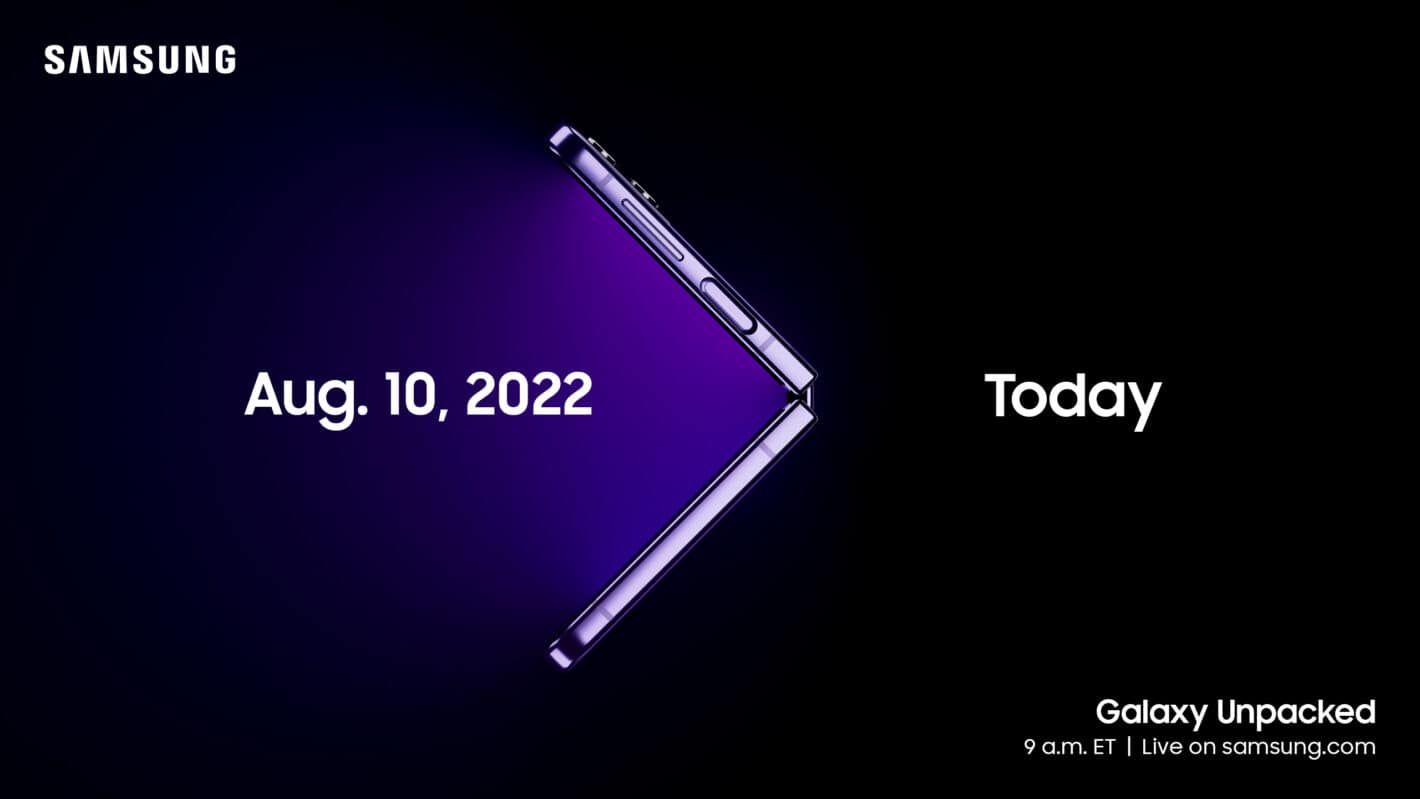 Samsung has just sent out invitations to its next Unpacked event, which is set to take place next month, on August 10. It’ll start at 9AM ET, and likely last about an hour.

Samsung is sticking to a virtual event again this year. It’s likely that the company feels this is a better way to do things, especially since they can cater more to people watching, instead of just those in attendance.

The company has not confirmed what is being announced at Unpacked, but we are fairly certain it’ll be the Galaxy Z Flip 4 and Galaxy Z Fold 4, seeing as those have been leaking left, right and center as of late.

In previous years, this fall Unpacked event also debuted new Galaxy Tab S tablets. So it’s possible we could get a new tablet. Though, rumors for a Galaxy Tab S9 haven’t been as big as those for the Flip 4 and Fold 4. There’s also a chance for a new pair of truly wireless earbuds, though in the past year, Samsung has kept those to just appearing with the Galaxy S launch in the Spring.

Samsung is once again opening up its Reserve offers for its fans, now, ahead of when the devices will be announced. So you can sign up for Reserve on Samsung’s website here. And you’ll be eligible for the following offers:

There’s no catches, or gotchas here. As Samsung has noted, this is a no-commitment offer. Meaning that customers only need to provide their name and email to reserve their device. And are not obligated to order a device after Unpacked ends on August 10.

You can reserve your next Galaxy now by clicking the button below.

Reserve the Next Galaxy - Samsung.com

Foldables in the fall

As was the case last year, Samsung is sticking to its schedule of announcing its smartphone in the Spring and foldables in the Fall. Since the Galaxy Note is no longer a thing, and has been replaced by the Galaxy S22 Ultra now, foldables have taken that spot on the calendar. Which is no surprise, considering Samsung believes it is the future.

We’re expecting some nice upgrades for the Galaxy Z Flip 4 and Galaxy Z Fold 4 this year. Including an even less obvious crease on the screen, it’ll still be there, but not as noticeable, thankfully.

Either way, we won’t have long to wait to find out everything about these new foldables, and whatever else Samsung decides to announce at Unpacked.