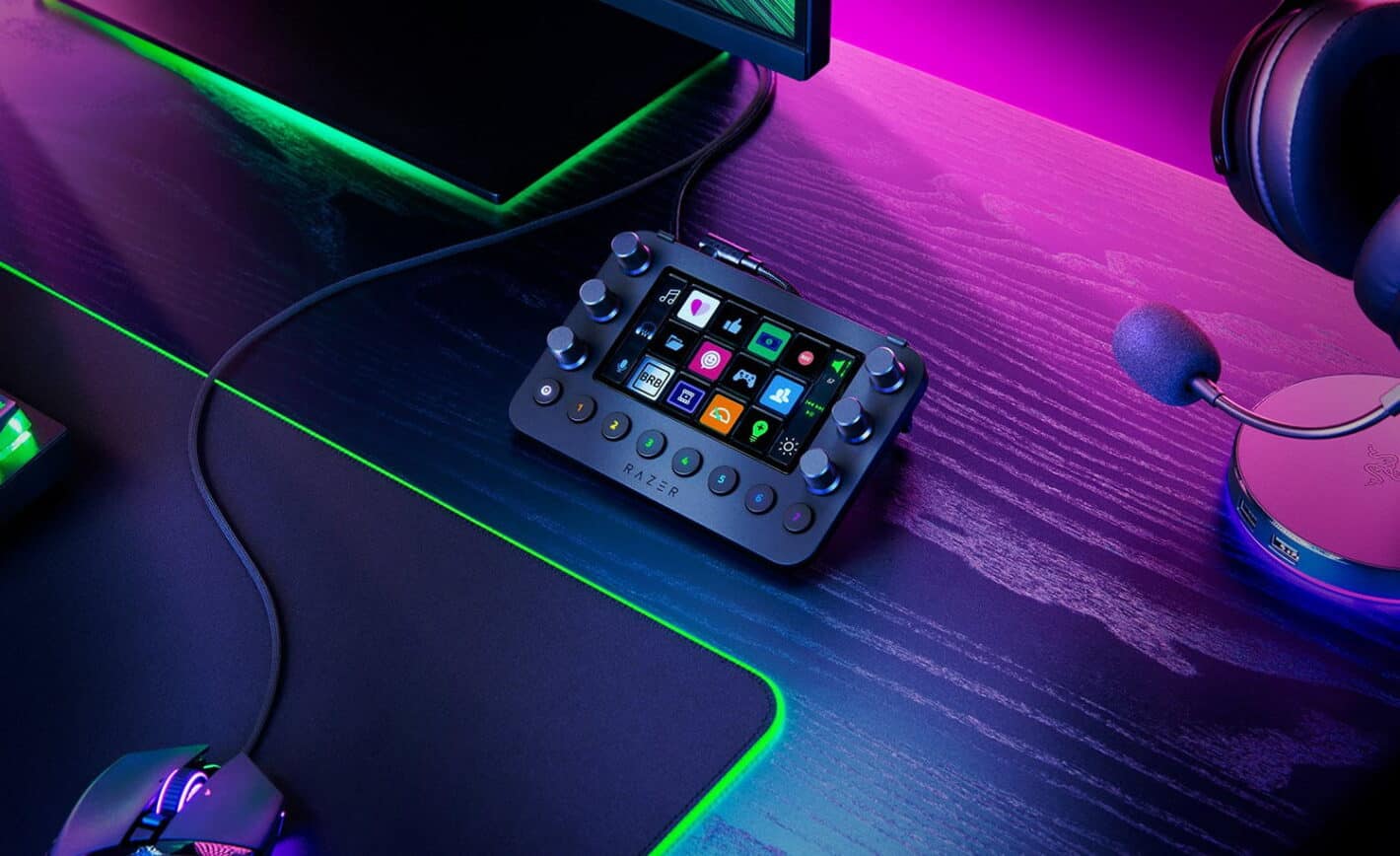 Razer is moving further forward into the streaming market with its announcement today of the Razer Stream Controller. A touchscreen device that’s designed to allow streamers to manage every inch of their stream by way of customizable haptic buttons. The Razer Stream Controller features 12 haptic touch buttons (called switchblade keys) flanked by a series of three tactile dials on both the left and right side of the screen.

These dials provide varying levels of audio adjustment while the switchblade keys provide a fully customizable set of macros. Allowing streamers to control lights, music, and much more. Razer says these buttons can be bound to “an infinite number of commands.” So whatever you need to do during your stream, chances are you can set it up as a macro via these haptic keys.

But the management doesn’t stop there. The device also has 8 programmable buttons along the bottom below the display. Allowing for a multitude of multitasking madness at your fingertips.

If you’re looking to get your hands on one of these, you’ll have a little bit of a wait. Razer says it’s launching the device this Fall. It’ll be priced at $269.99 and be available both from Razer directly and from authorized retail partners. Which probably means you’ll be able to find it on Amazon and at Best Buy.

Pre-orders for the device began today at Razer’s website, but stock was quickly depleted as is the case many times with Razer’s most popular or hyped products. But that also likely means more pre-order stock will pop up. So keep an eye out for it if you’re interested in snagging one.

It’s not just for gamers who stream their gameplay

The Stream Controller will come with native plug-ins for a series of Adobe apps. Such as Photoshop, After Effects, and Premiere Pro. There will also be plug-ins for YouTube, Spotify, and more.