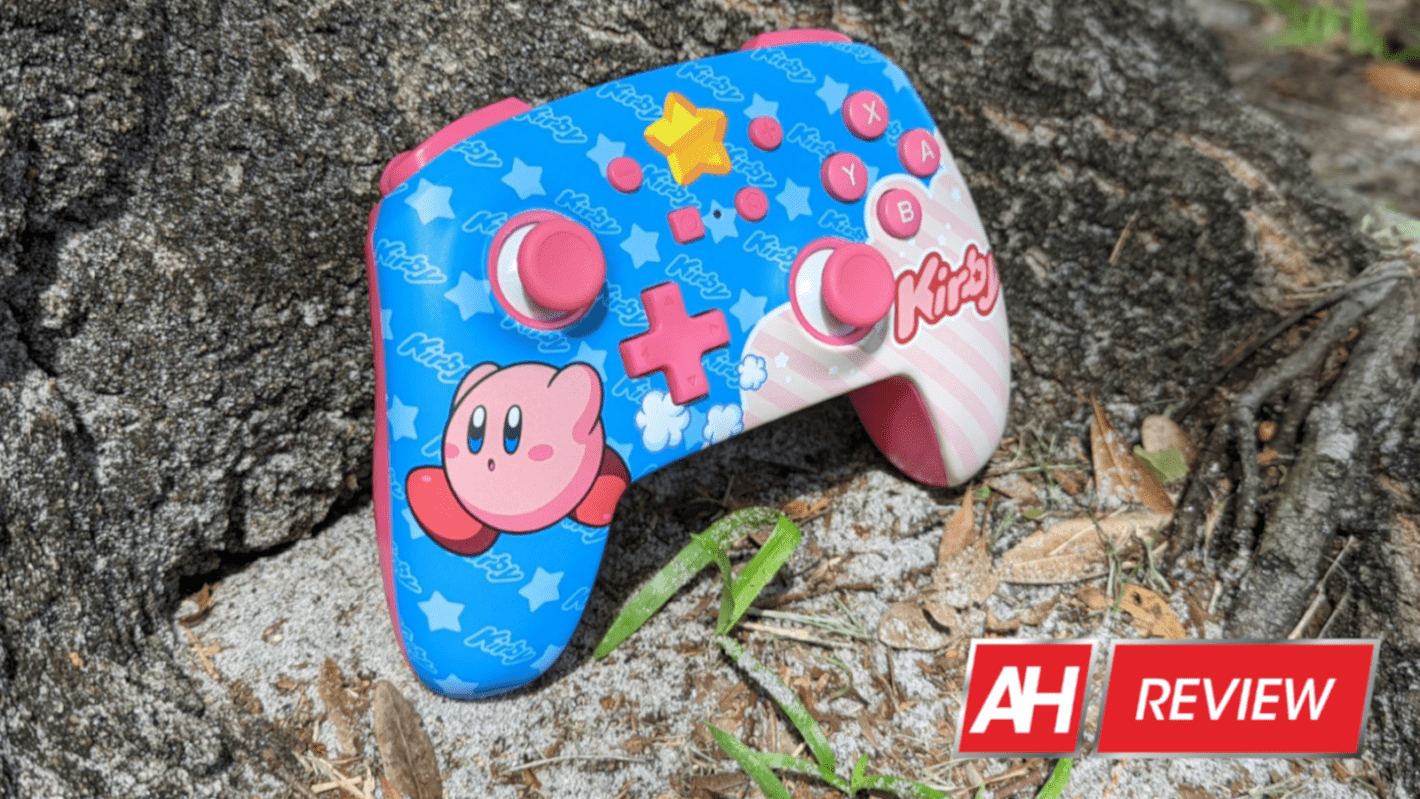 If you're a Kirby fan, this might be the controller for you.

This review was written after using the PowerA Wired Kirby Switch Controller for about two weeks.

There several ways to play the Nintendo Switch, and one is with a dedicated controller. Several companies make their own controllers for the system, and PowerA is one of them. PowerA sent over its Kirby wired controller for the Switch to review. Let’s see if this controller should be your next Switch accessory.

For starters, when you shake the controller, there’s no rattling. This means that all of the buttons were pressed firmly into place and and you don’t have to worry about them falling out. Also, the joysticks are surrounded by an anti-fiction ring. This keeps the stems from getting scratched and damaged.

Also, the design on the controller has held up during the testing. Sure, it’s only been two weeks, but wear and tear can happen quickly with cheap devices. 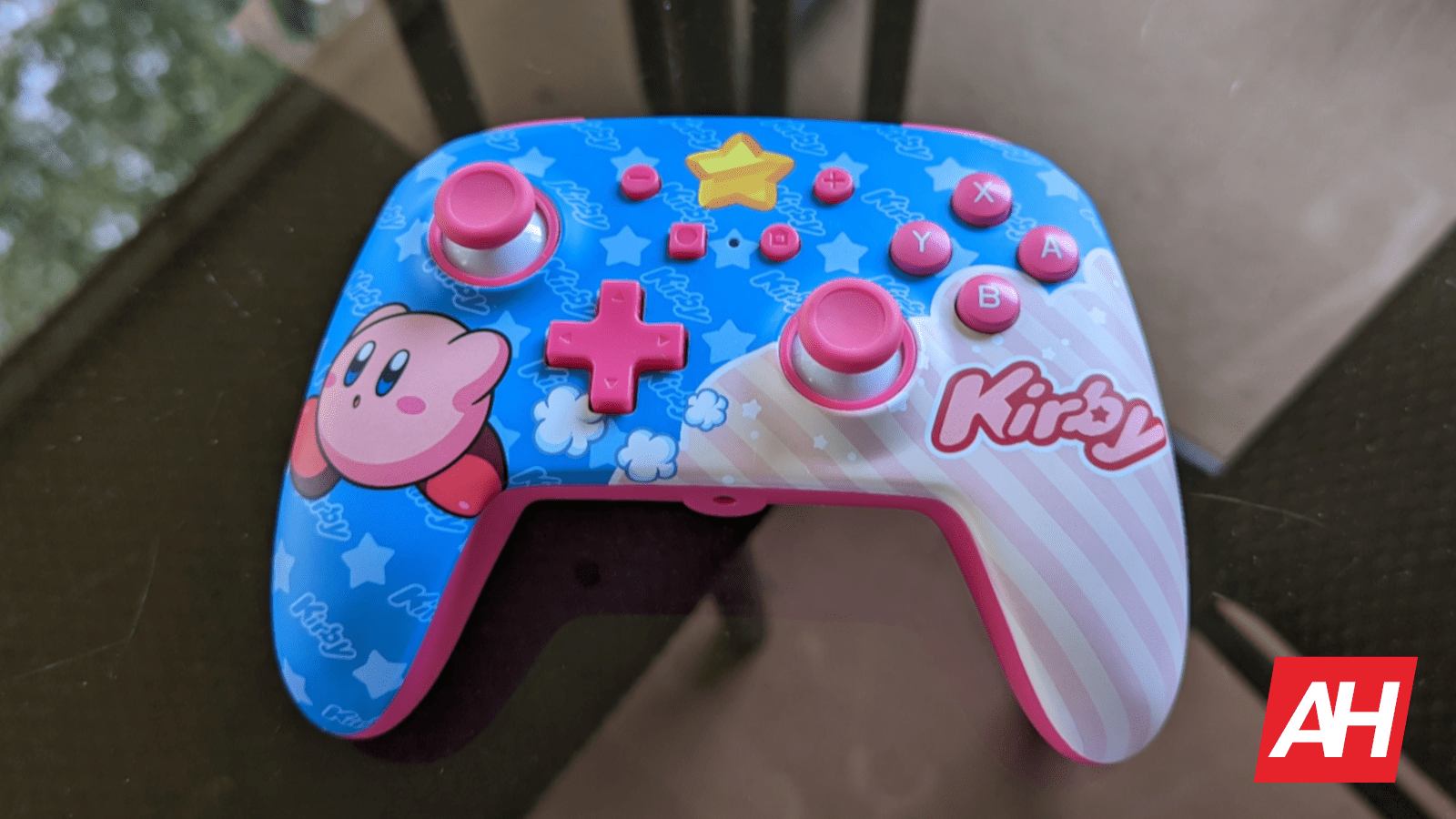 But there’s one issue

The only issue I found with this controller is just how light it feels. The moment you pick it up, it feels rather empty. Most controllers aren’t really filled with anything except for the main board and some wires, so they’re mostly air. However, it feels like the materials used to make the controller aren’t really all that high-quality.

It feels like if you have one or two accidental drops, it will render the controller unusable. If you’re looking for a more premium feel, then you might be disappointed with this controller.

The buttons are of great quality

The tactility and quality of the buttons is sometimes an underrated quality. You don’t want to use a controller with squishy buttons. Fortunately, that’s not the case with this controller. All of the buttons with this Kirby controller are really clicky. It doesn’t matter if you’re pressing the main buttons, D-pad, or the shoulder buttons, they all feel great.

Speaking of buttons, there are some extra mappable buttons

With this controller, you get all of the buttons that come on a standard Switch controller. Along with those, you’re also given two additional buttons that are mappable.

Right under the left and right grips (where you would usually rest your middle fingers), you’ll feel a button. These are the AGL and AGR buttons. These can come in handy if there are extra functions that you want to use. 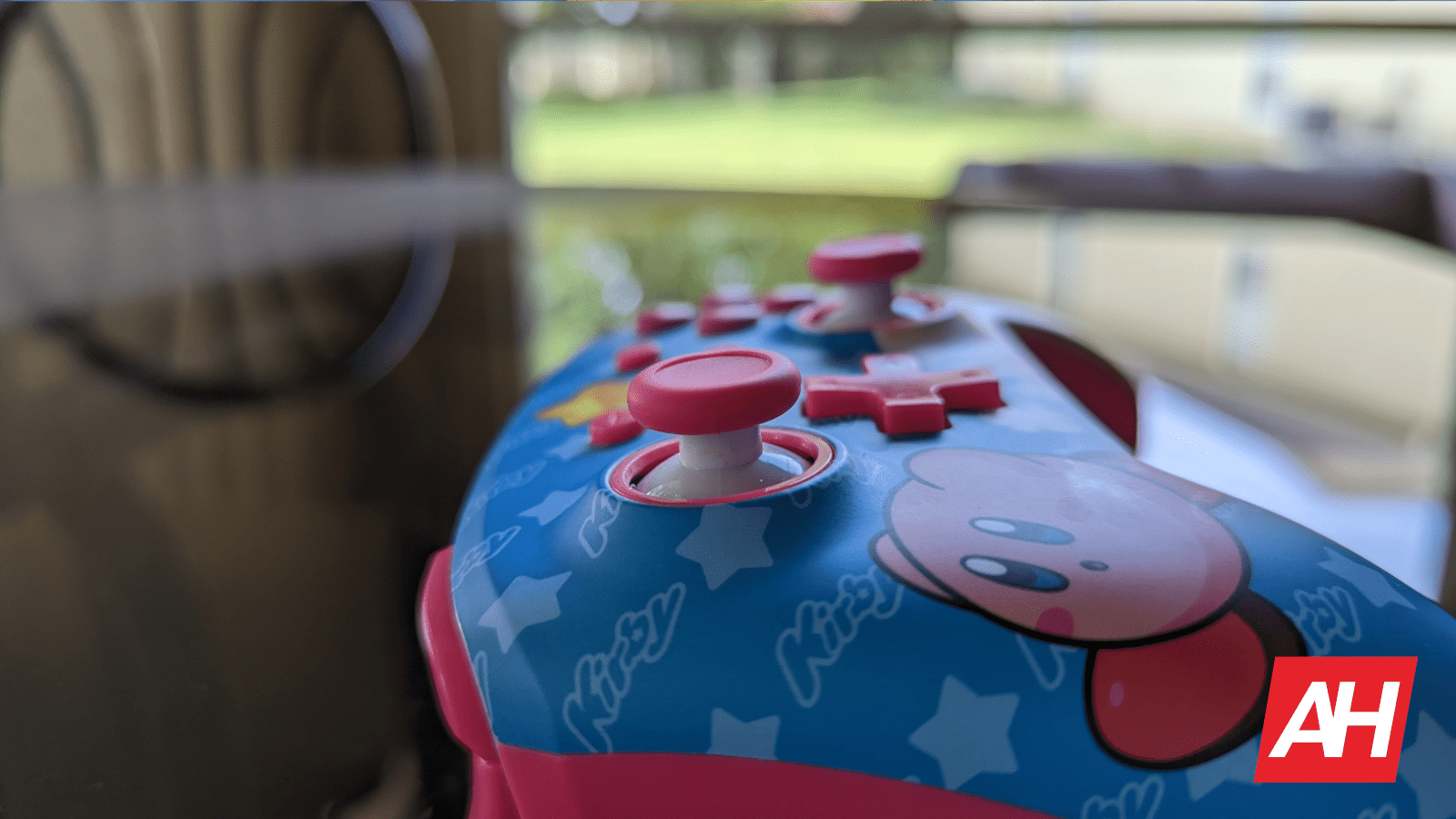 They’re positioned carefully so that you don’t accidentally press them while pressing the other buttons. Your middle fingers will rest right on top of the buttons or just off. Now, you can’t rule out the occasional accidental press, but it shouldn’t be a major issue. Your results will vary depending on the size and shape of your hand.

This is a welcome addition if you’re into chatting with other people while playing. There’s a 3.5mm headphone jack right front side of the controller. The audio output from the jack is good. I was able to get clear and loud sound from the system through this jack.

You have a detachable cord, and it is LONG

One of the great things about this controller is that the cord is detachable. This only adds to its longevity. In the case of a broken cord, you won’t need to shell out for another controller.

If you need to get another cord, you’ll have plenty of options because this controller uses a standard micro USB port. You’ll just need to be careful about what cord your get. The opening for the cord to go in is rather narrow. Of course, it’s perfectly shaped for a proprietary PowerA USB cord, but you can’t fault the company for that. 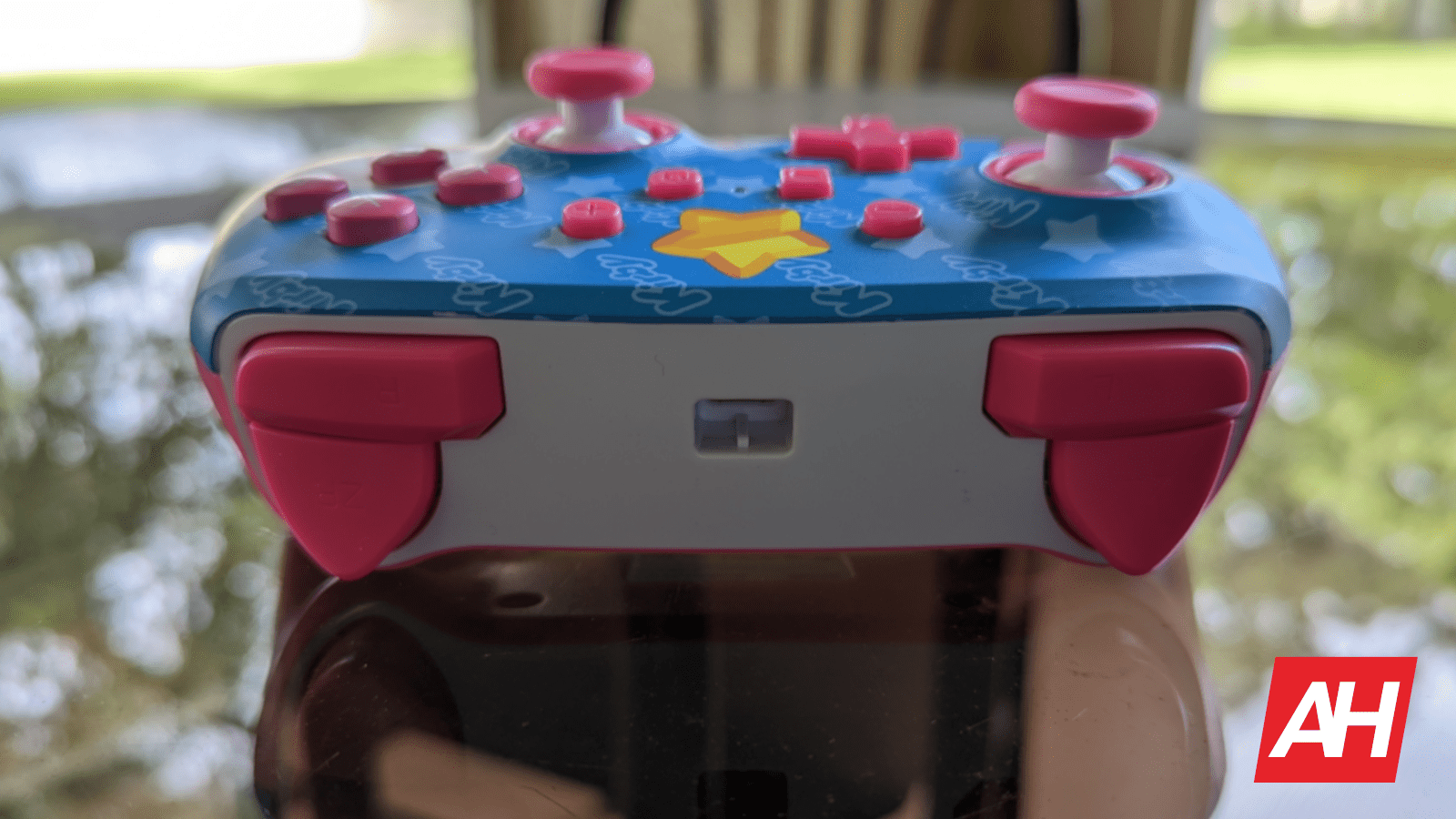 As for the cord that comes with the actual controller, it’s really good. It’s a notably thick cord that’s study and tough. You won’t have to worry about this cord wearing out anytime soon. Also, it’s really long. You get 10 feet of length out of this wire. This is great if you need to set far back from your system.

It’s great that the controller actually works on the computer. Just know that the experience will vary depending on what game you play. Some games and emulators recognized the controller without any issue.

Blasphemous, for example, recognized the controller and so did the Fusion emulator. While it worked for these programs, I did have to remap the buttons in the programs. 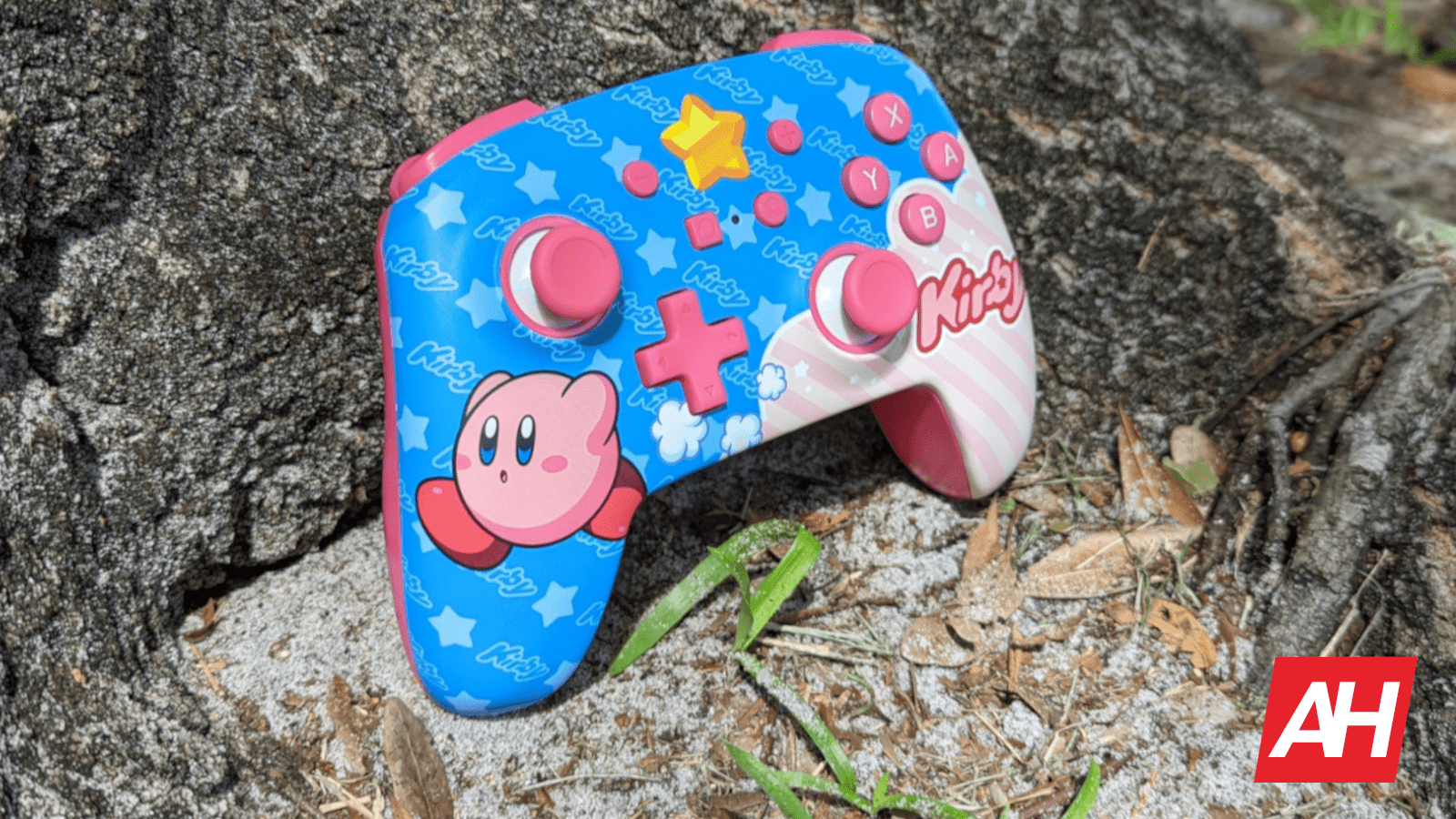 However, other games like Brawlhalla didn’t recognize the controller at all. It all depends on what game play. You’ll most likely only use this controller with your computer if you’re in a pinch. How good or bad the PC experience is shouldn’t impact your overall opinion of the controller, as this is a Switch controller. It’s just cool to have the option to use it PC controller.

Should you buy this controller?

Retailing at a price of $27.99, the PowerA Kirby Switch controller doesn’t seem like a bad buy.

For just $28, you can get a controller with a headphone jack, mappable buttons (high-quality buttons at that), a long cord, and a really adorable design. The only gripe I have is that it feels so light and rather cheaply made. 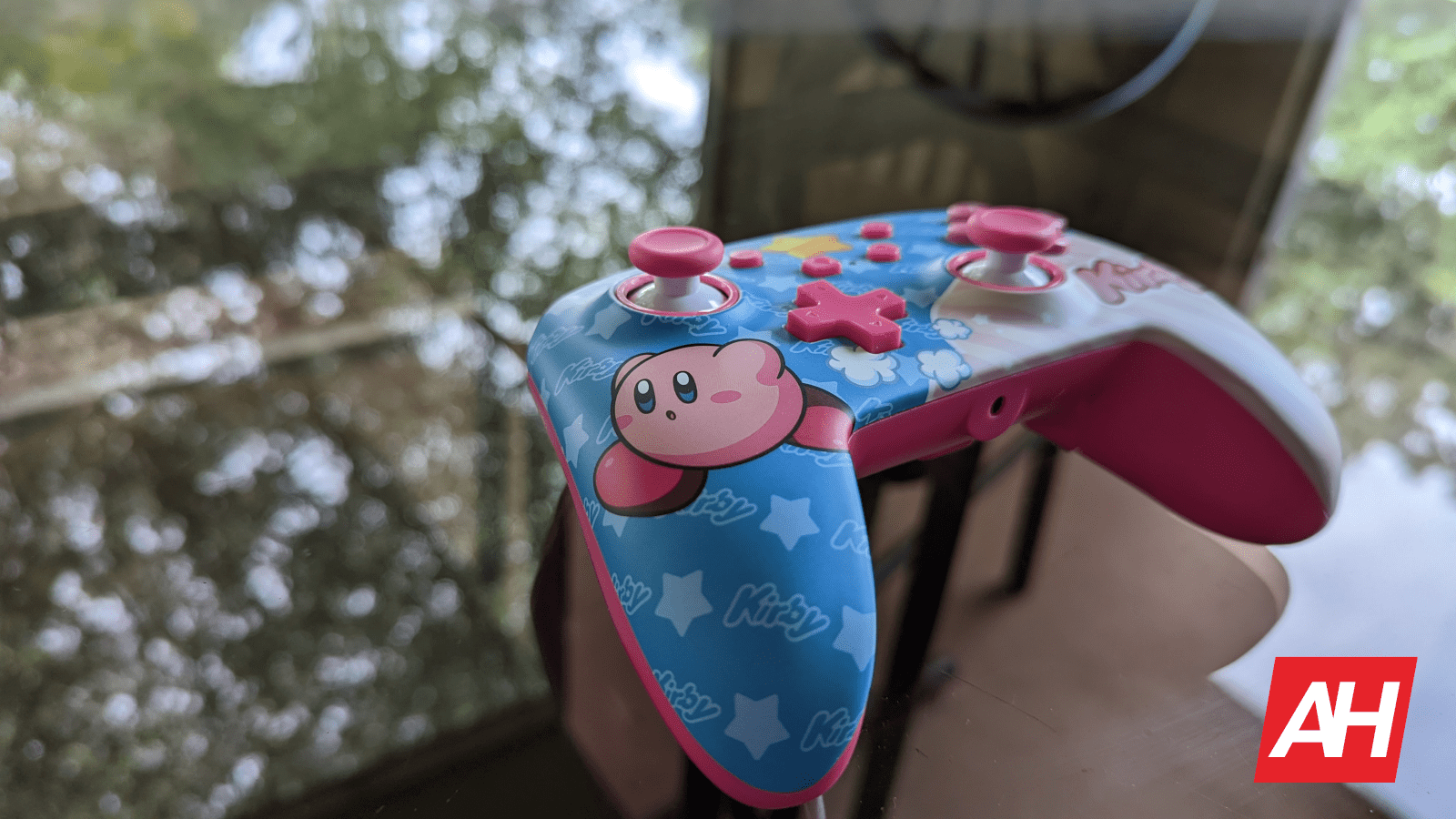 Regardless, I’d say that this controller, and the other PowerA controllers in this line, is worth the money. Also, if you’re not a fan of Kirby, this controller comes in several other designs.