Skip to content
Advertisement
Trusted By Millions
Independent, Expert Android News You Can Trust, Since 2010
Publishing More Android Than Anyone Else
15
Today
143
This Week
377
This Month
5627
This Year
123175
All Time
Advertisement 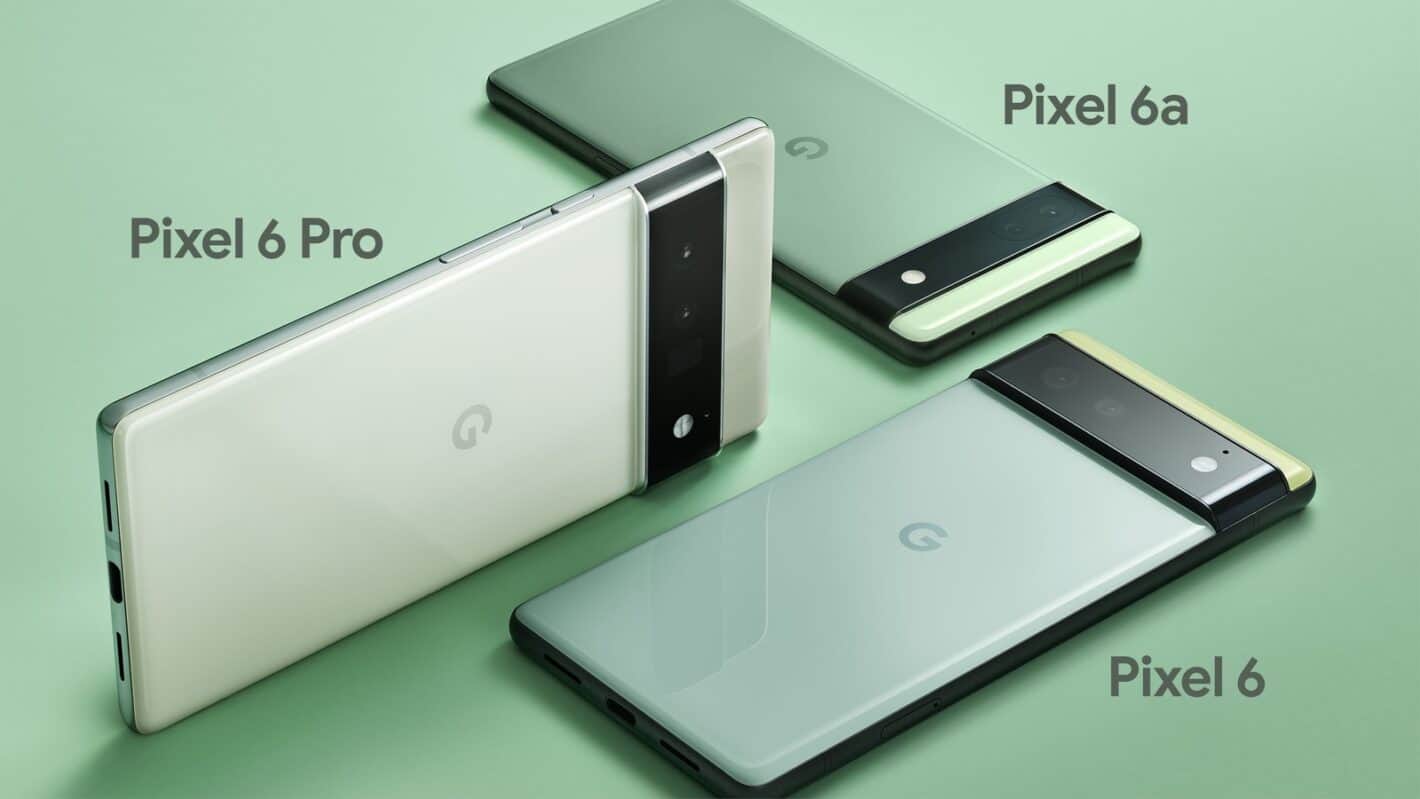 Google has shared a new image on Twitter, showing the Pixel 6a next to the Pixel 6 and 6 Pro. The Sage aka green Pixel 6a is posing here, next to the Sorta Seafoam Pixel 6, and Cloudy White Pixel 6 Pro. The whole image does have a greenish tint, though.

The Pixel 6a will go on pre-order on July 21, while it will become available to purchase on July 28. The phone will cost $449, and it’s coming in three color options. In addition to this Sage model, Chalk and Charcoal variants will go on sale.

Google announced this handset during Google I/O back in May. It’s taking the company quite a lot of time to actually launch the device, though. The Pixel 6a is coming to 13 countries, and the device is an improvement over its predecessor.

Google is bringing its new design to the Pixel 6a, so the phone will look similar to the Pixel 6 and 6 Pro. The new image Google shared presents this beautifully. The device looks considerably different from the Pixel 5a 5G.

Google includes its very own SoC inside of this phone, along with LPDDR5 RAM

The company also included its first SoC in this phone, the Google Tensor. That’s not all, though. LPDDR5 RAM and UFS 3.1 flash storage are also included, which is also an improvement over the Pixel 5a 5G.

The Pixel 6a features a 6.1-inch fullHD+ OLED display with a 60Hz refresh rate. The phone includes a 4,400mAh battery, and two cameras on the back. Google uses its trusty 12.2-megapixel main camera on the back, the same one it utilized since 2017. An ultrawide is included next to it, a 12-megapixel ultrawide camera.

If you’d like to know more about the Pixel 6a, while we’re waiting for the phone to go on sale, click here.