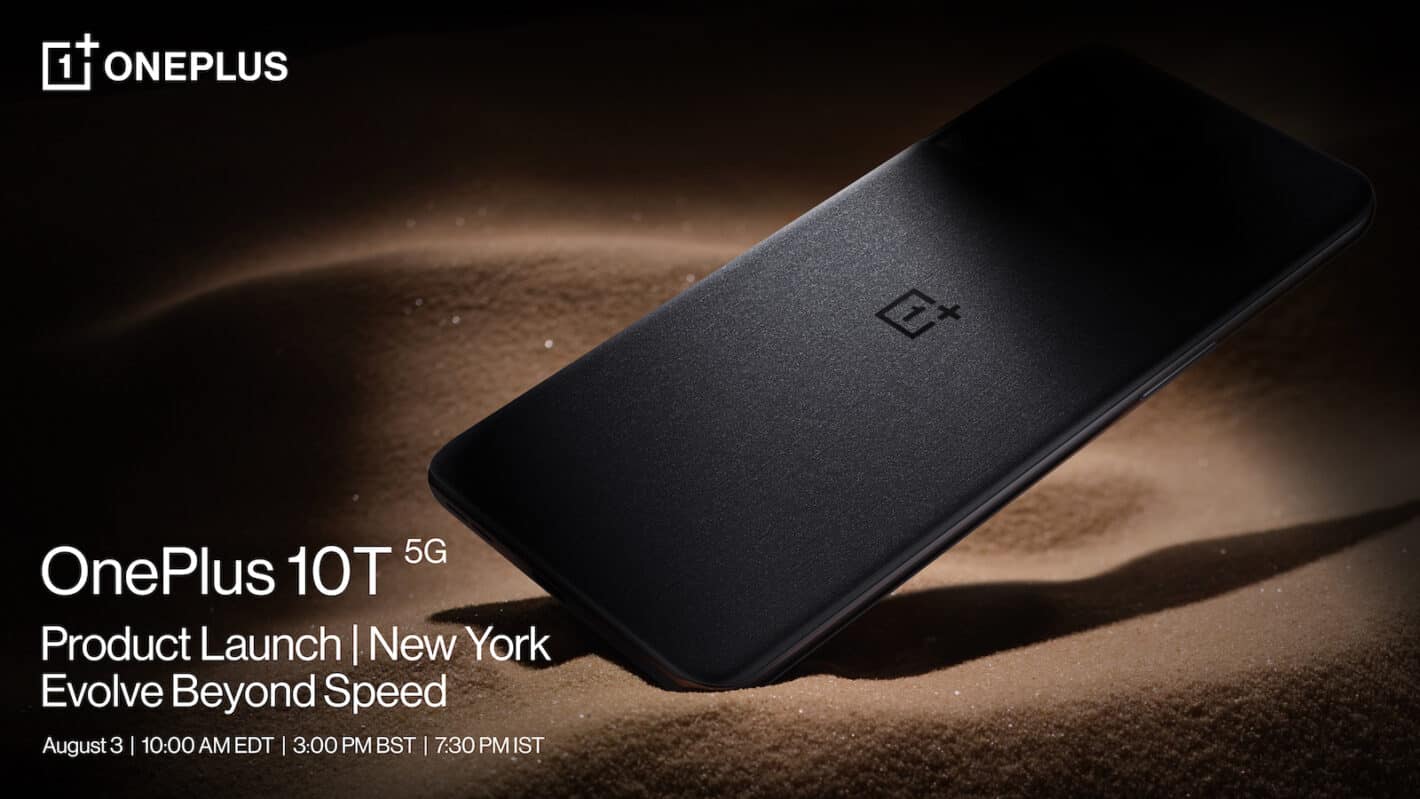 OnePlus has just announced its next big flagship event, and it’s set for August 3 at 10AM ET. It’s going to take place in New York City, and there’s no secret as to what OnePlus is going to be announcing here. As it shows right there on the invite, it’s the OnePlus 10T 5G.

The tagline for this event is “Evolve Beyond Speed”, which is rather interesting, and has us wondering what OnePlus could be talking about here. What other features could we expect with the OnePlus 10T 5G?

There has been plenty of leaks for the OnePlus 10T 5G already, just as you’d expect. And it looks fairly similar to the OnePlus 10 Pro 5G that launched earlier this year. That’s not a big surprise, phone makers don’t generally change up their design in the same year. Let alone every year. The only difference we’ve seen from some renders, is that the flash module has switched with one of the cameras. So it’s now closer to the top.

The OnePlus 10T 5G is also expected to sport the new Snapdragon 8+ Gen 1 processor. This is a slight upgrade to the Snapdragon 8 Gen 1 that was announced last fall, and powered the OnePlus 10 Pro 5G (among other phones). So don’t expect a huge performance upgrade there, but it is the latest and greatest.

Of course, we don’t have long to wait. August 3 is right around the corner, and just a week before the big Unpacked event from Samsung.