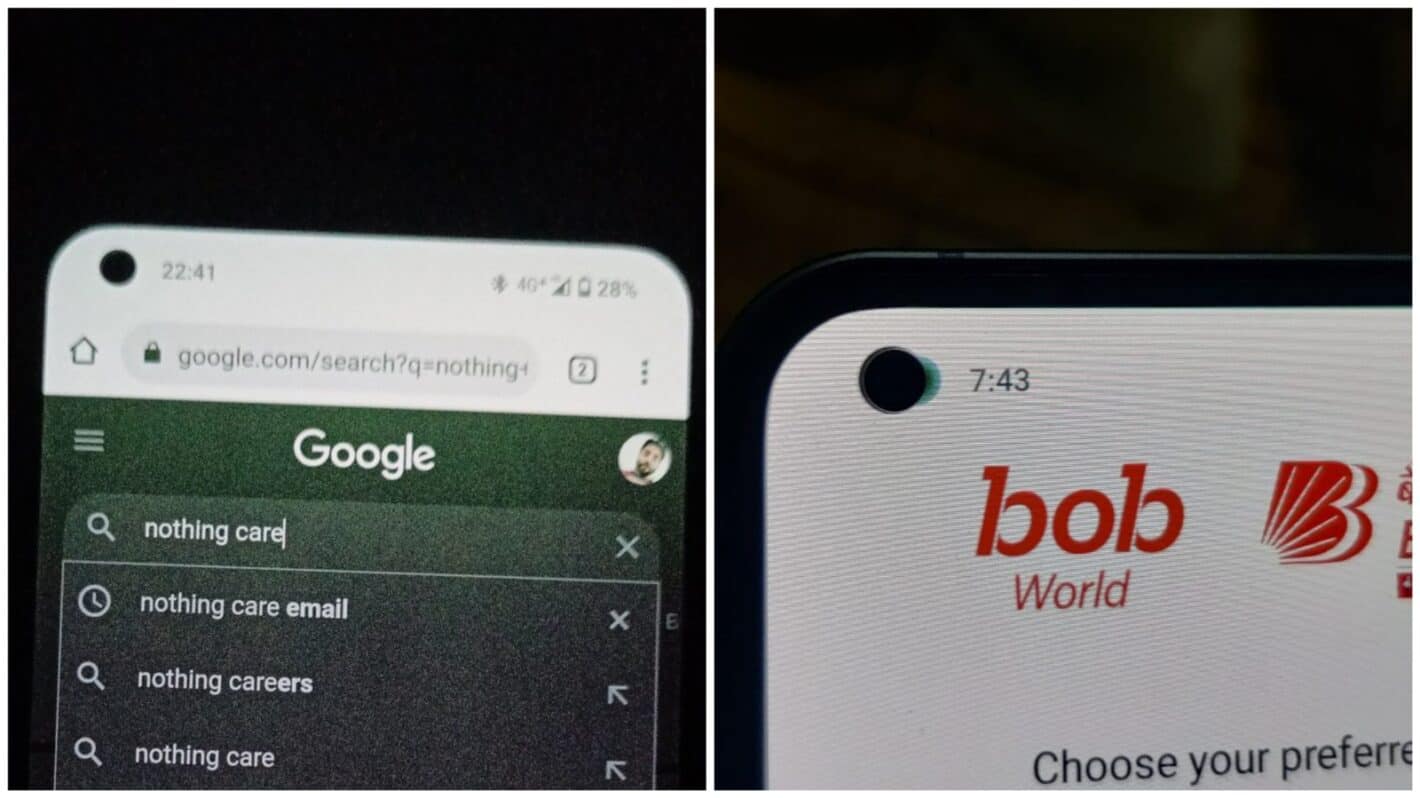 It seems like some Nothing Phone (1) units are having display issues. That didn’t take long, as the units started shipping quite recently, following the launch. Quite a few reports surfaced, actually, as the display seems to be glowing green for users, in different ways.

Users have started reporting the Nothing Phone (1) display issues

Let’s take it one report at a time. The first case is with a unit bought in India, from Flipkart. A user purchased a phone, got a defective unit, and sent it back. The other unit he received has the same problem, a green tint, as shown below.

Wow @Flipkart awesome job, within 2 consecutive days you managed to send two phones with defective screens. Even the replacement phone has tint issue.just another day for you guys 😑😑 @getpeid @nothing @AmreliaRuhez @geekyranjit @TrakinTech @igyaan pic.twitter.com/SDQ4FBpmOo

That’s not the only report of such green tint, though. Another user, Harish Jangra, went to Twitter as well, to show his problem. He shared a picture of his phone, with an obvious green tint at the top.

Received my phone 1 today …found screen having green tint at top of display ..pls resolve it, am totally disappointed 😞 …. Fan of the beauty of the phone pls replace it or fix it also dropped a mail on support nothing with my email [email protected] pic.twitter.com/B6FcyLc22L

The same goes for a Twitter user ‘IronHrt’, though the green tint in his case is present at the bottom of the display, as shown in the tweet / video below.

#GreenTintNothing@getpeid @nothing
Hi Carl, so Nothing is new in Nothing Phone 1, we already have seen the same "Green Tint display" issue in some of the previous OP phones as well. So what's for the hype all about? @geekyranjit @GyanTherapy @igyaan pic.twitter.com/ODfBPSna5j

Dead pixels are also showing up for users

Those green tint issues are one thing, but that’s not the only problem. Folks over at Beebom, reported that they started seeing dead pixels near the punch hole. They started seeing this within three hours of using the phone. The issue is shown below.

We received the Nothing phone (1) Indian retail unit this morning. And just three hours in, we are seeing dead pixels around the selfie camera in our unit. Disappointing!!

Any of you facing any similar hardware issues in #Nothingphone1? pic.twitter.com/2jlsfIFaDB

A similar issue is found on a unit from a Twitter user Shubham Saxena, as he shared an image of his issue on Twitter as well.

@nothing Have received Nothing Phone 1 yesterday & after 1 hour this dead pixel appeared. What to do with this now? pic.twitter.com/b20WpYdKyf

Android Authority reports that Nothing Support has acknowledged this issue. We still don’t know if this is hardware-related, or if it’s a software issue. If it ends up being hardware-related, this could be a huge problem for Nothing.

That being said, many other devices have had such issues in the past, this is not new. The Galaxy Note 20 and S20 are great examples, while some OnePlus phones were not excluded either. Those are just some examples.