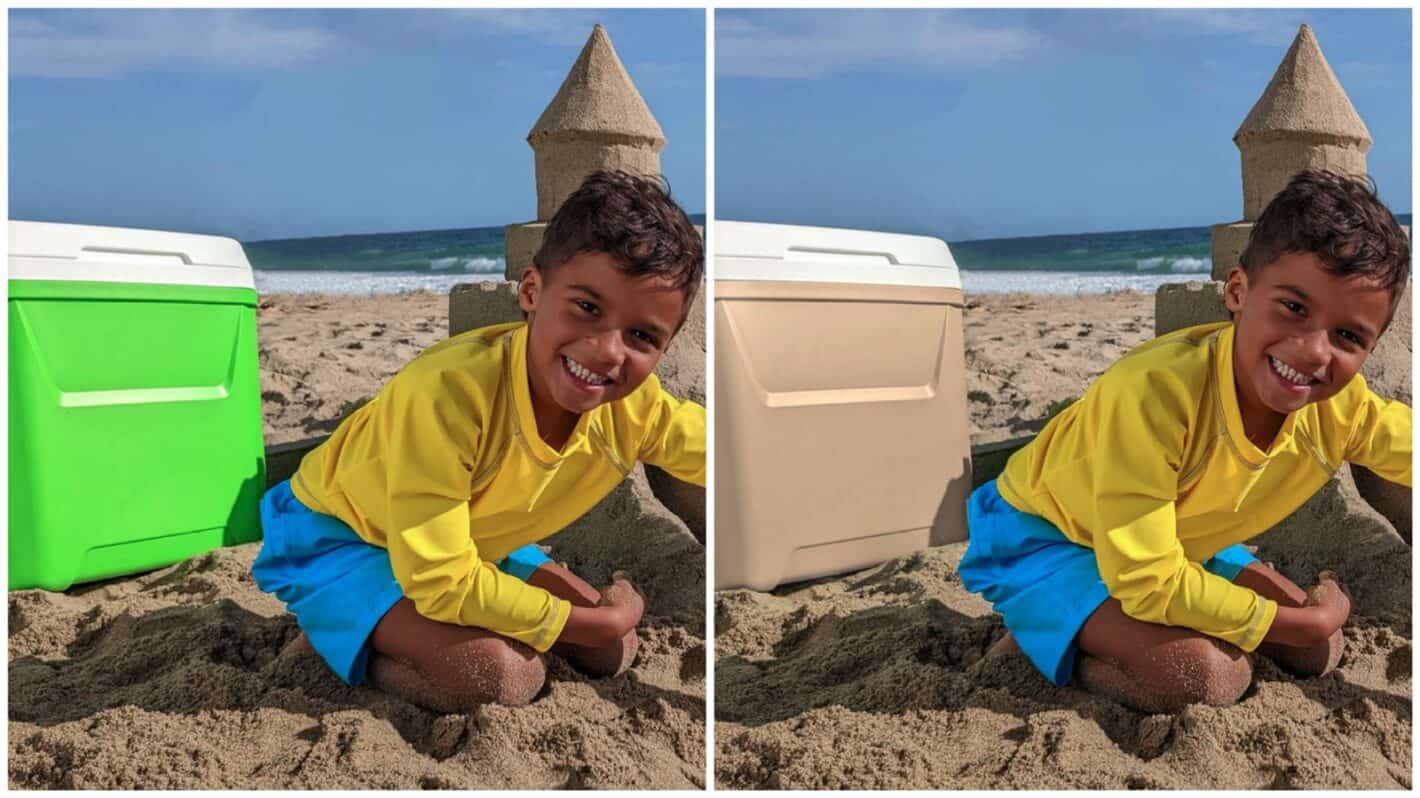 During the Pixel 6a presentation in May, Google showed off a new Magic Eraser feature, a feature that allows you to change the colors of objects in an image. Well, Esper’s Mishaal Rahman just demoed that feature, ahead of the Pixel 6a launch.

Just to be clear, this feature does not allow you to choose colors, it is basically a camouflage feature. It allows you to dull objects in an image, and thus blend them with the background, so that your subject is more in focus.

In this example, Mishaal Rahman used a picture of the SpaceX Falcon 9, which was taken during an exhibit in Houston. In this short video clip, in which he recorded his screen, he changes the colors of some surrounding objects.

Magic Eraser is well-known for being able to remove objects from a picture. Changing the colors of objects is a completely new feature, and a really interesting one. This feature still didn’t roll out to Pixels, but we presume it will soon.

Google’s upcoming mid-ranger will have it from the get-go, but some other Pixel phones will also get it. The Pixel 6 and 6 Pro with the Google Tensor SoC are expected to rock it, others probably will not have the pleasure, though, but we’ll see.

The Pixel 6a will go on pre-order on July 21

Having said that, the Pixel 6a will go on pre-order in two days, on July 21. The phone will become available to purchase on July 28, after its pre-order period ends.

That phone does seem quite appealing, and its price tag has a lot to do with it. The Pixel 6a comes with Google’s still-flagship SoC, and a really nice set of specs overall. It looks modern, similar to the Pixel 6, but it’s smaller.

You’re getting stock Android, fast updates, LPDDR5 RAM, and UFS 3.1 flash storage as part of this package, for $449. The phone will be coming in over a dozen countries all over the world, by the way.