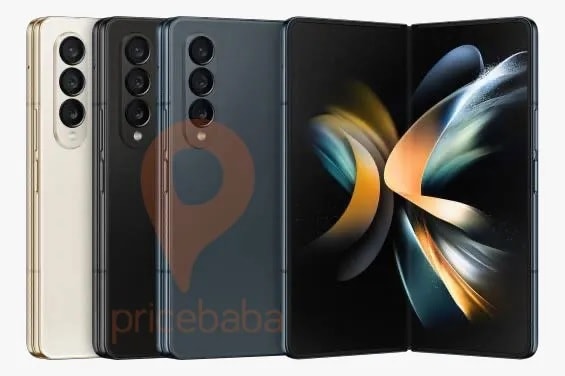 Samsung‘s Galaxy Z Fold 4 and Galaxy Z Flip 4 foldables have been appearing in leaks for the past several months. With just about three weeks to go for their official unveiling, we are now starting to see them in leaked press renders as well. Pricebaba has published an image that shows the Galaxy Z Fold 4 in official press renders in three colors. These appear to be the Phantom Black, Beige, and Gray Green color variants of the upcoming foldable. The device is also said to come in Burgundy Red.

Separately, noted leaker Evan Blass has also shared press renders that show an unfolded Galaxy Z Fold 4 from the front. Once again, we have the device in the same three colors. This makes us wonder whether the Burgundy Red variant will be missing from the official announcement next month. But let us leave that matter for another day and focus on what we have today.

The renders don’t reveal much about the Galaxy Z Fold 4. But we can see the positioning of the volume controls and the power button, as well as the rear camera array. And nothing changes significantly from the 2021 model, i. e. the Galaxy Z Fold 3.

There were rumors early on that the new foldable will get a rear camera layout identical to that on the Galaxy S22 Ultra — each sensor protruding out of the back panel individually. However, those rumors turned out to be inaccurate. Samsung is sticking to a camera bump here. The three sensors are aligned vertically within the same housing. The LED flash unit also sits inside it.

Of course, the camera sensors aren’t the same. Samsung is equipping the Galaxy Z Fold 4 with a 50-megapixel primary camera at the back. It could be the same one found on the Galaxy S22 and Galaxy S22+. There will also be two selfie cameras — a 4-megapixel camera under-display unit on the inside and a 10-megapixel punch-hole camera on the outside.

A closer look at the leaked images also gives you an idea of the shape change that Samsung is making to its Fold lineup this year. The new model is shorter and wider than previous offerings, making for a boxier shape. This change makes the outer screen more usable. Earlier, it was too narrow and tall, somewhat limiting its functioning as a proper smartphone screen. It’s not a too-long wait now before the Galaxy Z Fold 4 becomes official. The next Galaxy Unpacked event is expected to take place on August 10. It will also see Samsung unveil the Galaxy Z Flip 4. We will keep you posted. 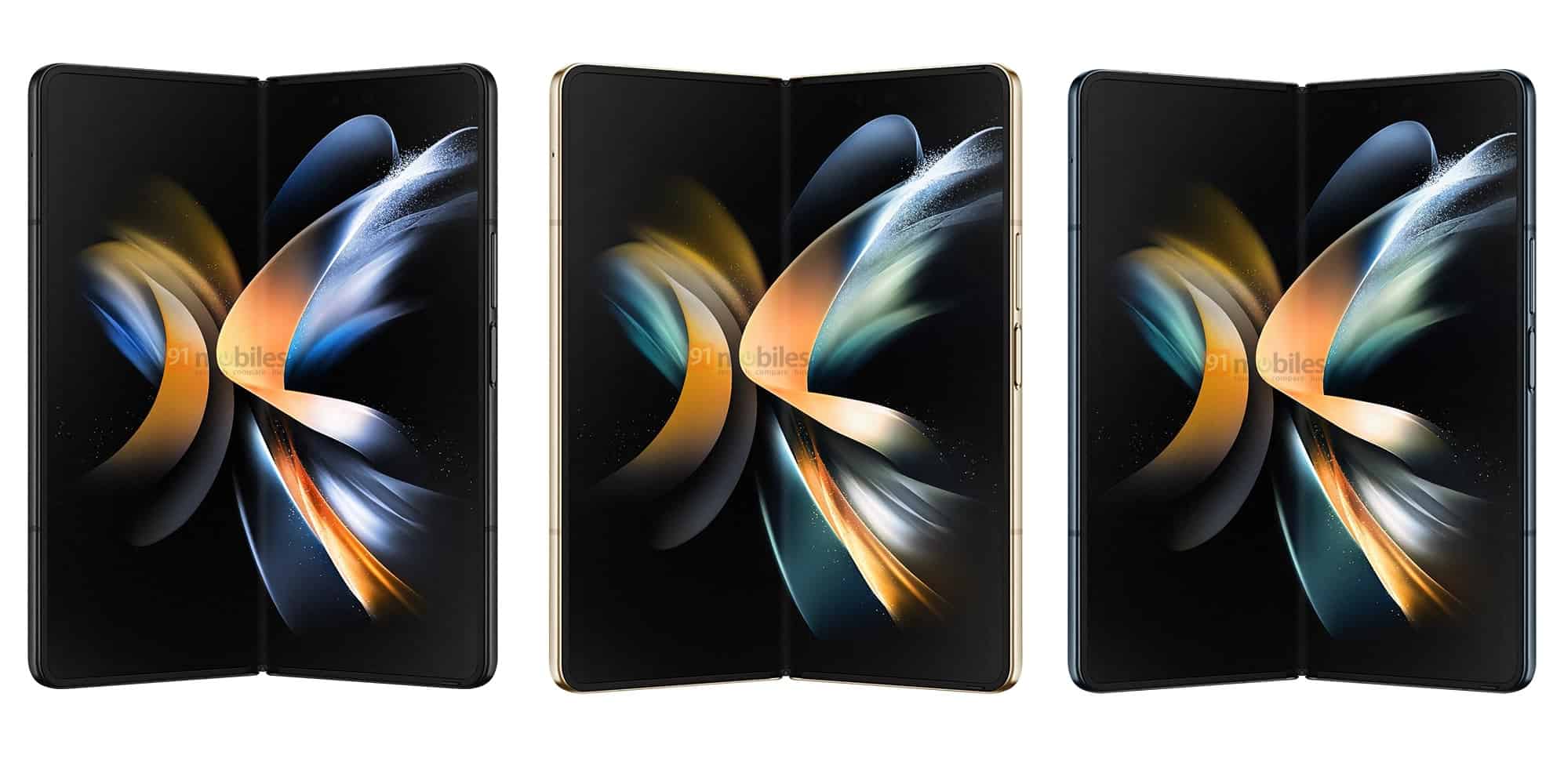