Skip to content
Advertisement
Trusted By Millions
Independent, Expert Android News You Can Trust, Since 2010
Publishing More Android Than Anyone Else
0
Today
151
This Week
760
This Month
5325
This Year
122876
All Time
Advertisement 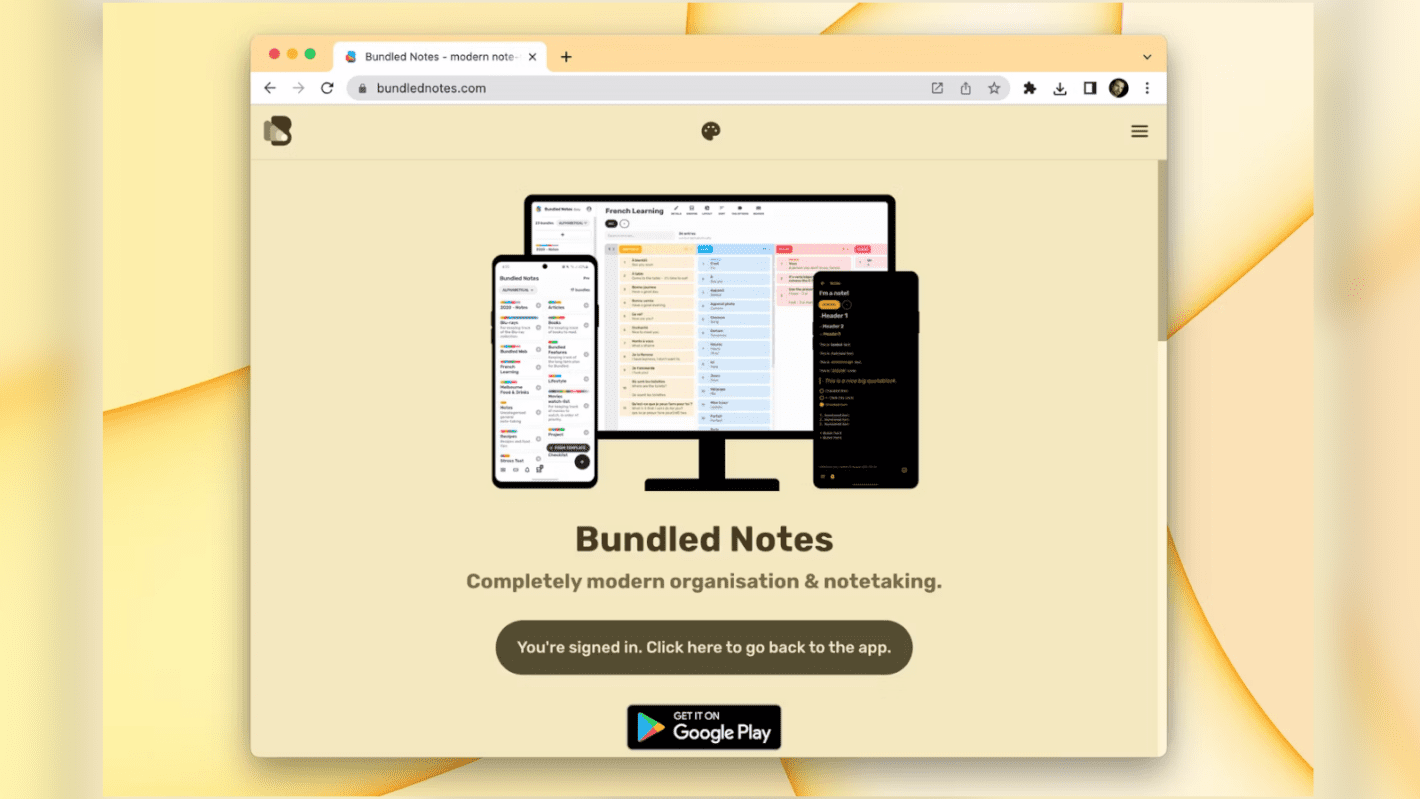 Google has been updating its apps and services to comply with the Material You design philosophy, and some other companies are following suit. The thing is that third-party companies have been changing their mobile apps. Well, according to Android Police, Bundled Notes might be the first third company to apply Material You to its desktop site.

In the early days after Google unveiled Material You, the company went on a mad dash changing its first-party apps to comply with the Material You aesthetic. Now, all of its apps are pretty much changed, and the company is working on its desktop sites. It recently changed the Gmail website.

If you don’t know what Bundled Notes is, then you might want to if you’re an avid note-taker. This is an all-in-one note-taking service that lets you jot down notes, and make to-do lists. You can sync your notes between the Android app and the website for an integrated experience.

You can organize your notes into notebook called “Bundles” that you can customize to your liking. It’s a great service to try out if you want to keep your notes and thoughts in order. The majority of the features are free, and if you want to sync you notes across more types of devices, you can get a pro membership.

Now, the web version of the service is getting a new update that will give it a Material You flair. The developer posted a tweet describing the new update and how to apply the theme. When you’re in the web app, you need only go to the theme option and click the Click To Pick colour button.

From that screen, you’ll get a standard color picker UI. From there, you’ll be pick the color by using the slider, the RGB numbers, or the Hex code. From there, that color will be present throughout the app which will add a nice touch.

This is as far as the Material You can go, as you’d expect. It won’t be able to choose colors from your wallpaper, but it’s still a step forward.