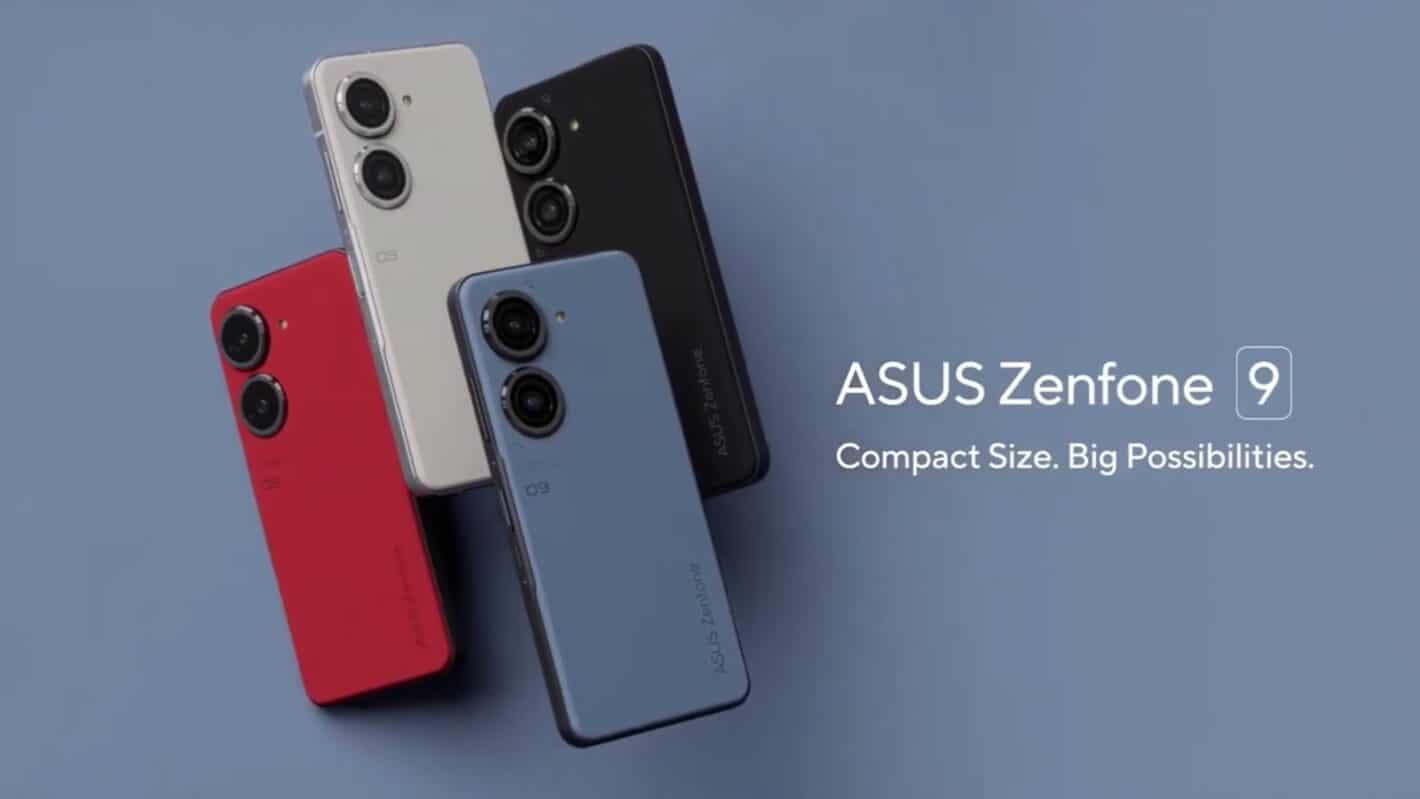 The ASUS ZenFone 9 model number and moniker appeared earlier today, and now we have a much more informative leak for you. The ZenFone 9 product video has just appeared with a ton of information, including design, specs, and some features.

The video itself has a duration of one minute (it’s embedded below the article), but it packs so much information in it. First and foremost, the design. The phone will feature a flat display, with a display camera hole in the top-left corner.

Its bezels will be thin, of course, but seemingly not uniform. The bottom bezel will be slightly thicker. The back side will look much better compared to the ZenFone 8. It will have two, separate circular camera islands, each hiding one sensor. Those sensors do seem to be quite large.

The frame is obviously made out of metal, while we’re not sure about the back, but it’s probably glass. It does seem to be coated, though, as it’s matte glass, not your glossy glass, which is a good thing, as glossy glass usually gets smudged up like crazy.

The device will launch in four color variants, and be quite compact

Four color variants will be available. In this video, ASUS showed us black, white, red, and blue models. All of them have black-colored frames, except the white model, its frame is silver.

That’s not everything, though, not even close. This video confirms that the phone will be fueled by the Snapdragon 8+ Gen 1 SoC. The latest and most powerful Qualcomm flagship SoC out there.

The phone will feature a 5.9-inch AMOLED display from Samsung, just like its predecessor, and that display will offer a 120Hz refresh rate. A 4,300mAh battery will be a part of the package as well. That battery will be slightly smaller than the one in the ZenFone 8, but the Snapdragon 8+ Gen 1 is supposed to be more power efficient than the Snapdragon 888, so… it should be good enough.

A 50-megapixel main camera will be included, with gimbal stabilization

ASUS will include a 50-megapixel main camera here, it will use Sony’s IMX766 sensor. That is the same sensor it used in the ROG Phone 6, and that device can actually shoot good images. There’s room for improvement, though. That camera will also have gimbal stabilization, says the video.

A side-facing fingerprint scanner will also be included, instead of an in-display one. ASUS is calling this system ‘ZenTouch’, as it’s not only a fingerprint scanner and a regular button. This is a smart key of sorts, that has a touch panel on it. You’ll be able to slide across it to scroll, for example.

This video also details a Smart Backpack Mount accessory, and a Flexible CONNEX phone case with a Kickstand or Card Holder.

Yes, we’re getting a headphone jack, and stereo speakers as well

Yes, the phone will once again feature a 3.5mm headphone jack, and it will be IP68 certified for water and dust resistance. On top of that, you’ll also get a pack of stereo speakers here.

Presuming this video is legit, and it seems like it, we’ll get another commendable, and yet compact flagship. The ZenFone 8 really didn’t have a lot of competition in that regard, and the ZenFone 9 likely won’t either. That are not many flagship-grade phones with displays smaller than 6 inches, not even close.