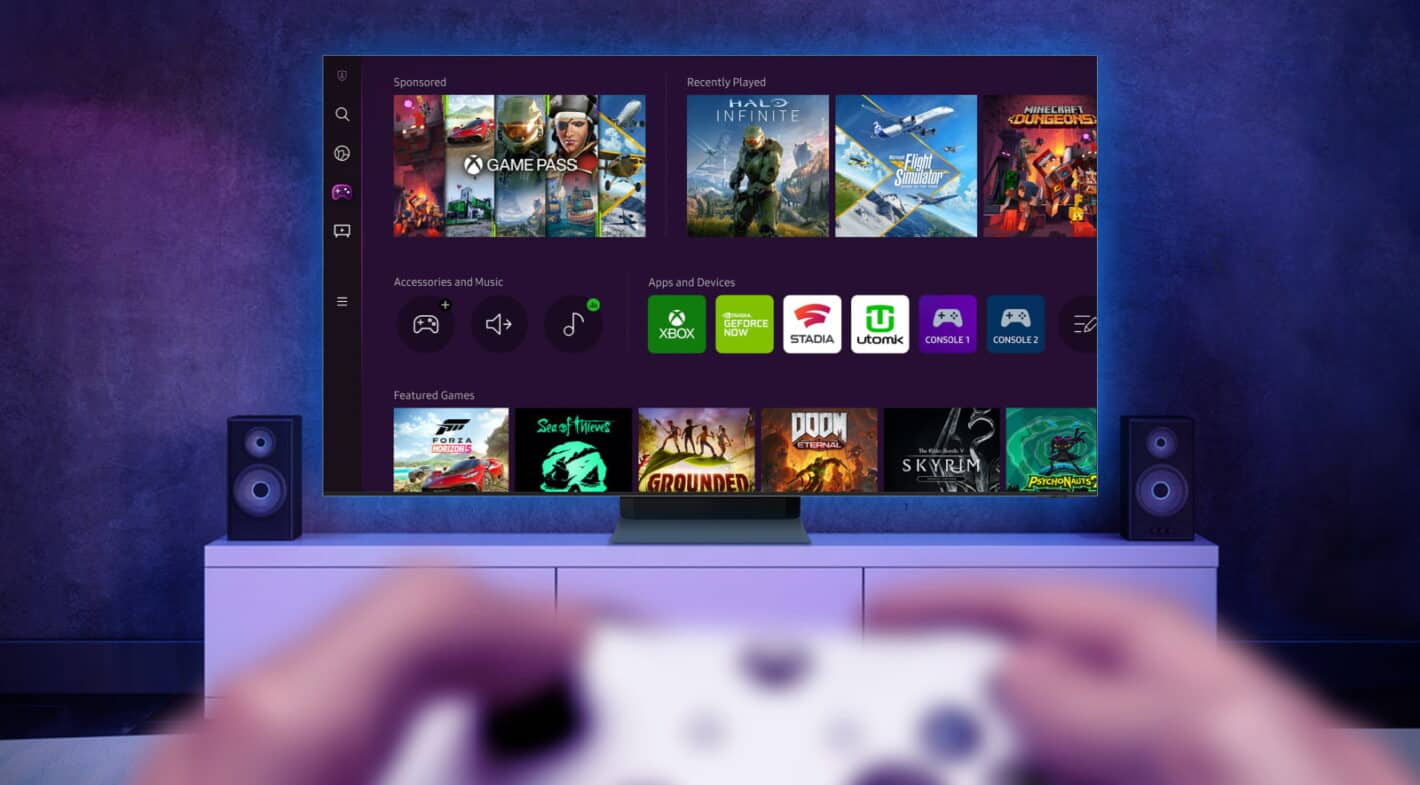 The Samsung Gaming Hub is getting some exciting new content thanks to Xbox. Today, Samsung and Microsoft have announced the Xbox app is coming to Samsung Gaming Hub for Samsung’s latest smart TVs. The Xbox app will open up availability to “over 100 high-quality games” including Halo Infinite and Forza Horizon 5.

Other hit titles like Sea of Thieves, DOOM Eternal, and Minecraft Dungeons. Players will be able to stream these games right from their TV using the Xbox app. Additionally, Microsoft says that day one access to new releases will also be available. As well as other popular titles from Bethesda Softworks.

The app isn’t just coming to Samsung’s lineup of 2022 smart TVs. It’s also going to be available on the 2022 smart monitor series. Samsung smart TVs will be the first set of TVs to get access to the app. Similar to how LG was the first brand of TVs that gained access to NVIDIA’s GeForce NOW.

Microsoft says that it will be exploring other TV partners in the future though. However, the company doesn’t mention any brands specifically. The game streaming capabilities will be powered by Xbox Game Pass. So you’ll need to have access to that service to use the app. Even if you have a TV or monitor where it’s available.

Samsung Gaming Hub on the other hand is powered by Tizen and actually offers a lot more than just Xbox content. You can find GeForce NOW and Stadia on there. Along with a few other services.

Samsung says the Gaming Hub and access to the Xbox app through Gaming Hub will be available later this month. Specifically June 30. Once June 30 comes around, you should be able to install an update to the TV or simply download the Gaming Hub app from the store. Regional availability will include the US, but Samsung also says availability will vary by region. So there’s no word on what other regions will be able to access the services.