Yes. You heard it right. In a new APK teardown post by 9To5Google, when the latest beta version of the Google Play Services APK version 22.22 was decompiled, the new feature was discovered.

The shared image also shows some text right below Smart Unlock, which reads, “To set up your watch for Smart Unlock, connect it to your phone with the Google Pixel Watch app. Your watch and phone must be connected to use Smart Unlock.”

From this, it seems clear that the Pixel Watch will require a different and dedicated app. And not the same companion app that most other Wear OS smartwatches use.

Back in January, it was officially announced by Google that Wear OS 3 devices would soon get the ability to unlock Android phones, tablets, and Chromebooks.

The option to unlock Android devices and Chromebooks would be a significant enhancement to Smart Lock. As this will enhance the speed and security.

It was also specifically announced that the setting would arrive for eligible Wear OS 3 devices. Making people believe that it would debut with the then unannounced Pixel watch.

Fast forward to now, the APK decompilation of the latest beta version of the Google Play Services app (version 22.22) confirms the availability of the feature.

The folks at 9To5Google were able to forcefully enable a settings page for Smart Unlock. It also says that the feature automatically unlocks your Android phone so long as your watch is unlocked, on your wrist, and close to your phone.

This shows that similar to the Galaxy Watch 4, the Google Pixel Watch will use its own separate app. The Google Pixel Buds also use a dedicated app for sound management, rather than Android’s built-in options.

Hopefully, it will bring Google’s Material You design and interface and some Pixel exclusive features. Notably, we may also not see any substantial updates to the existing Wear OS app during the release of the Pixel Watch. 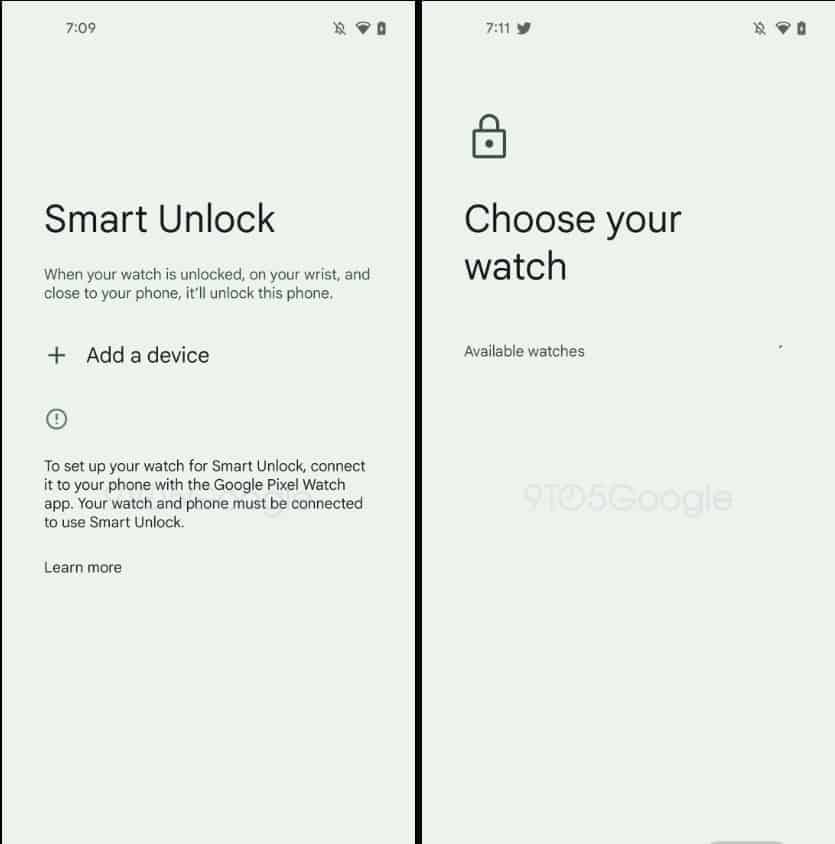