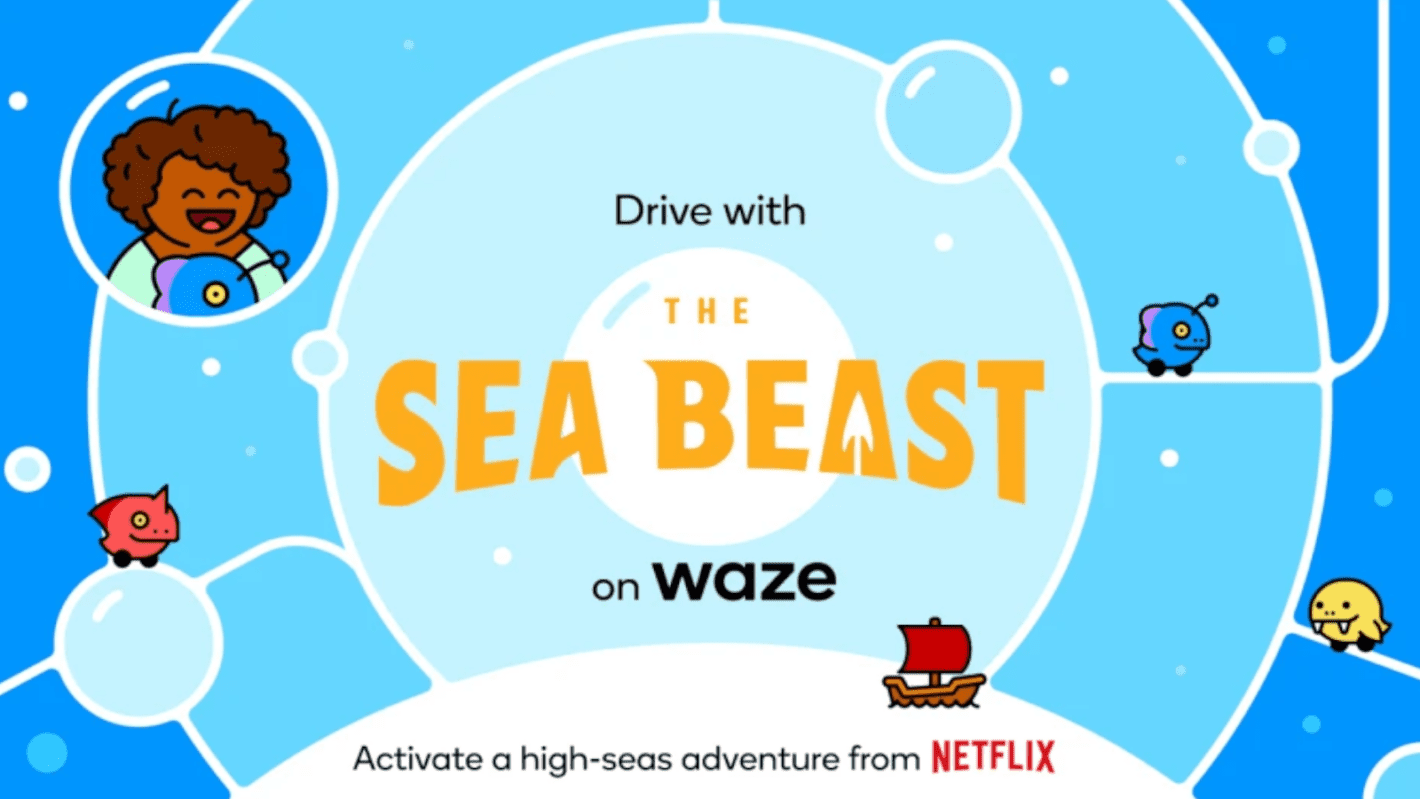 Who says that navigation can’t be fun? The popular navigation app Waze just announced a new partnership with Netflix to bring a new driving experience to users based on The Sea Beast. There will be different changes to the UI that will make users feel like they’re sailing a ship on the sea (more or less).

What is the Sea Beast?

There’s a new Netflix original movie coming to the platform next month, and it’s called The Sea Beast. This movie takes place in the time of pirates, and the story follows two main characters. One is a pirate named Jacob Holland and a little girl named Maisie.

As the story goes, the sea is full of monsters, and Jacob Holland and crew are hunting them down. Maisie stows away on the ship and joins the adventure against Holland’s wishes.

The titular Sea Beast seems to show up during the end of the trailer. You’ll need to see the movie to know if that’s true. The movie will be available to watch on Netflix come July 8th.

Waze will have a theme based on The Sea Beast

Waze usually themes its app based on new properties that are coming out, and this time is no different. The popular navigation app has shaped the interface to look different. For starters, there will be three new moods: blue, red, and yellow. If that’s not enough, your car icon will be turned into a lifeboat, which is an adorable addition.

Now, one of the main characters (and probably the most likable) is the young Maisie. She strikes up a friendship with a small blue monster she names Blue.

You’ll hear Maisie’s voice as she guides you. We don’t know if you’ll also hear Blue’s voice, but we expect some banter between the two for added entertainment. You can download the Waze app and switch to this new theme in the settings.