Customers who intend to bring their own device (BYOD) to Verizon can now activate their Pixel or select Galaxy smartphones with an eSIM. This is an excellent alternative to waiting for a physical SIM in the mail or going to a Verizon store to activate your account.

Verizon’s PR Manager of Corporate Communications, George Koroneos, shared the news via Twitter. As 9to5Google notes, the likes of Google Fi and Verizon subsidiary Visible have been driving eSIM adoption among their customers for a while now.

Interested users can head over to verizon.com/bringit, tap “Get Started,” and choose your device for the eSIM activation option to pop up. Eligible devices will find the option to enter the IMEI number of the phone, and that’s pretty much it. Your eSIM should be activated after the order is placed. 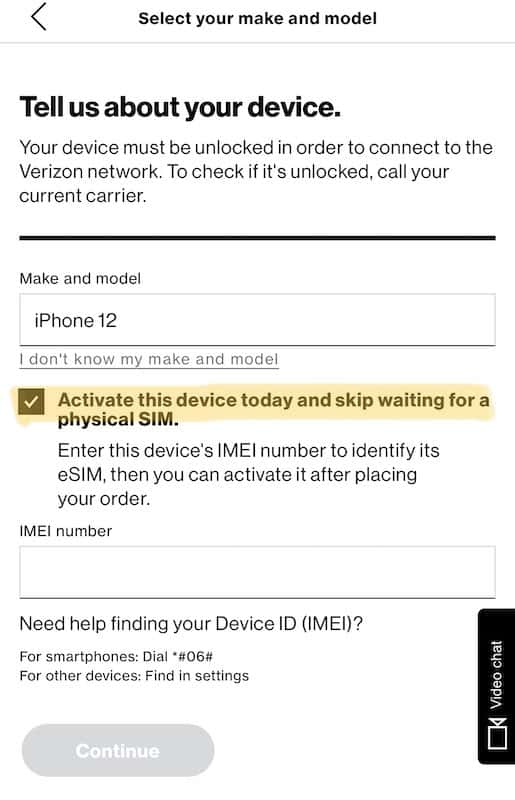 Verizon didn’t share a complete list of compatible devices. But it seems like almost every recent flagship is compatible with eSIM activation, including the Google Pixel 6, Pixel 6 Pro, Pixel 5, Pixel 4a, Pixel 4a 5G UW, the Samsung Galaxy S21, Galaxy S21+, and the Galaxy S21 Ultra.

It’s safe to say that future Pixel and Galaxy flagships will also support the easy activation of eSIM on Verizon. Strangely, the recently launched Galaxy S22 series is conspicuously absent from the list. Moreover, the Galaxy Z Fold 3 and the Z Flip 3 are also incompatible under Verizon’s BYOD eSIM program. This is a bit of a mystery since Samsung’s latest flagships, including the foldables, come with eSIM support. In any case, we expect Samsung and Verizon to rectify this in the future.

Some traditional carriers have been slow to adopt eSIM

While eSIM has been around for a few years, its adoption has been somewhat slow, particularly among Android OEMs. Most legacy network operators have been slow in adopting the new standard. But that seems to be changing to a great extent, albeit gradually. Almost every new flagship launching today supports eSIM out of the box.

The aforementioned Verizon-run MVNO (mobile virtual network operator), Visible, recently added eSIM for the Pixel series and Samsung’s trio of Galaxy S22 flagships. However, the Galaxy Z Fold 3 and the Z Flip 3 were still missing from the list. The MVNO said it wants to become a “fully” eSIM network in the next few years. However, this could prove to be an uphill battle.