Skip to content
Advertisement
Trusted By Millions
Independent, Expert Android News You Can Trust, Since 2010
Publishing More Android Than Anyone Else
47
Today
140
This Week
140
This Month
5435
This Year
122984
All Time
Advertisement 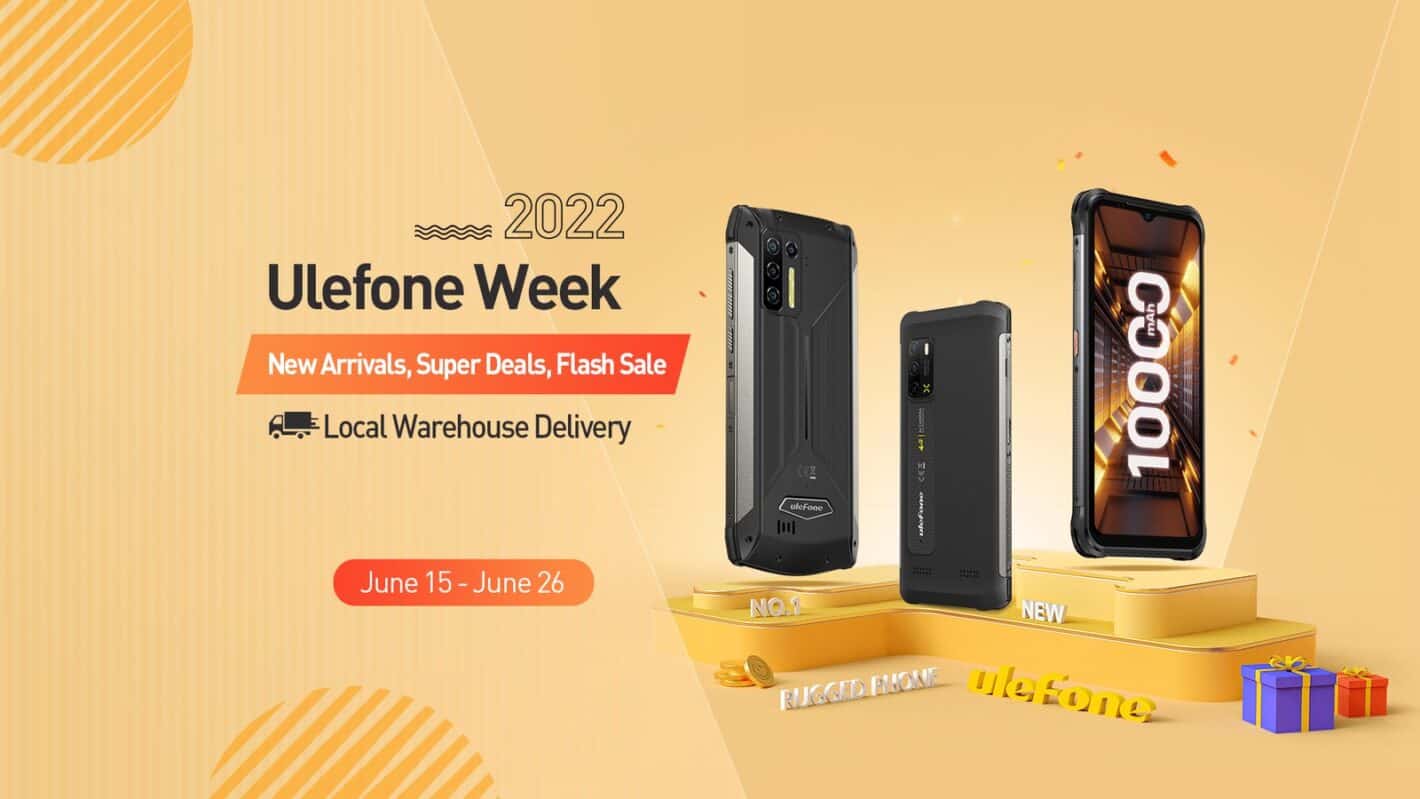 Ulefone Week Deals 2022 are currently running, and you can save up to $100 during the event. This promo will run until June 26, in case you’re interested in getting some of the company’s products.

Just to be clear, price cuts range from $20 to $100, and you can also receive “2 times member points”, says Ulefone. Quite a few of the company’s models are discounted as part of the process, actually.

The Ulefone Power Armor 14 Pro, the one that I mentioned earlier, comes with a huge 10,000mAh battery. This is also a rugged smartphone, and it ships with Android 12 out of the box.

The phone features a 6.52-inch display, and it is powered by the MediaTek Helio G85 SoC. the company also included 6GB of RAM on the inside, along with 128GB of internal storage.

The Ulefone Power Armor 13 comes with a whopping 13,200mAh battery

If you need an even larger battery inside a phone, the Power Armor 13 comes with a 13,200mAh unit. That device is actually discounted by $100 at the moment, so you can save quite a bit of cash.

The Ulefone Armor 11T 5G with a thermal imaging camera is also on offer, as is the Armor 9, and both of them are discounted by $100 during the Ulefone Week Deals 2022 event. The Power Armor 14, Armor 12 5G, Armor 11 5G, and a number of other devices are also discounted.

If you’re interested in any of the devices we’ve mentioned, or in checking out what else is on offer, tap the link/button below.