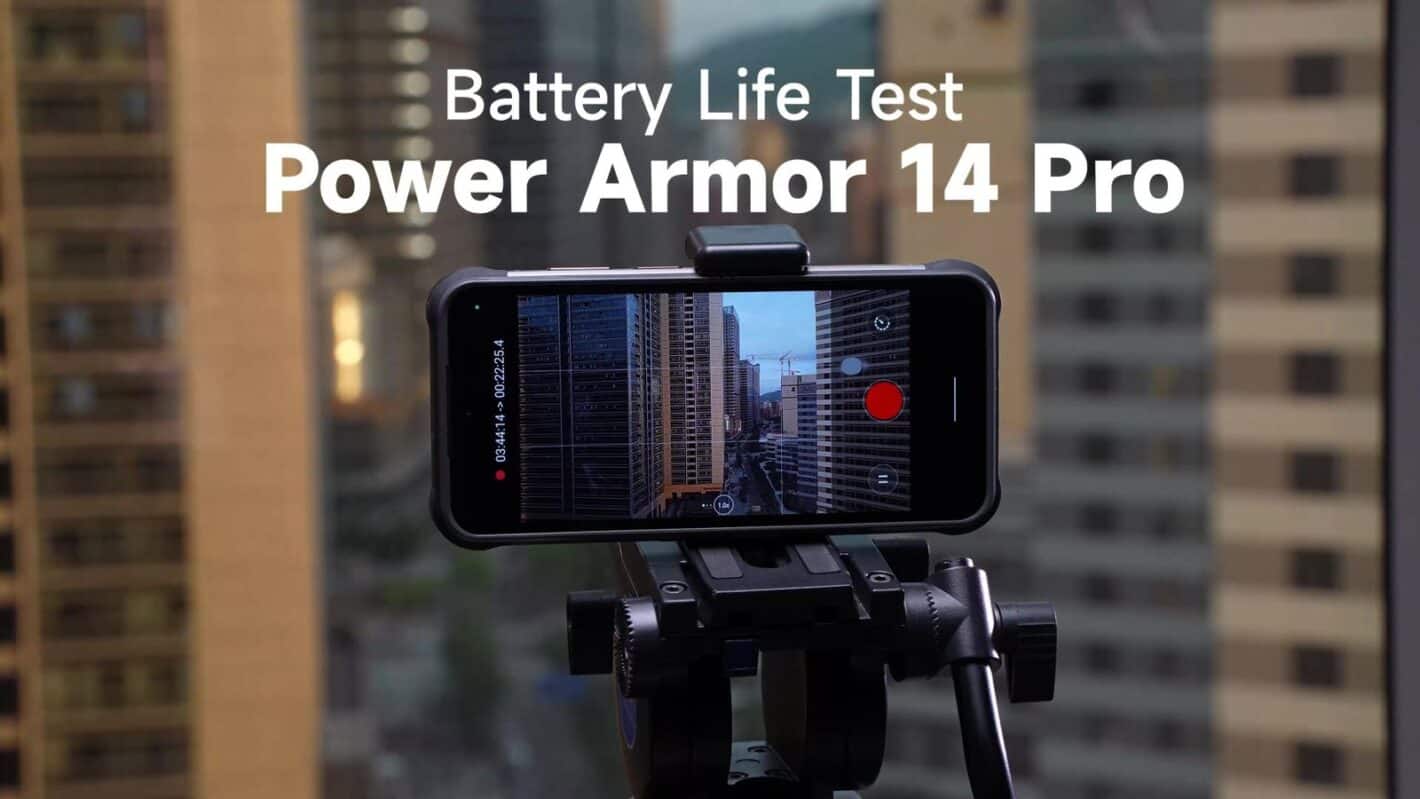 The Ulefone Power Armor 14 Pro is one of the company’s newest rugged phones, and the company decided to boast about its battery life. In addition to being a rugged device, this smartphone also has a huge 10,000mAh battery pack.

Ulefone says that it’s a perfect companion for outdoor activities, such as hiking, kayaking, and so on. It is also aimed at construction workers, people working in security detail, and so on. Not only does it offer great battery life, but it can handle a drop.

In any case, Ulefone released a new promo video on YouTube. This is essentially the Ulefone Power Armor 14 Pro battery life test. The company decided to create a timelapse video by using this handset.

It charged up the phone to 100-percent, and set it up to film a timelapse video at 3 PM. The phone was filming until 9:49 the next day, so for almost 19 hours. At that time, the battery stood at 37-percent. It seems like it could have handled a full 24 hours of filming without a problem.

That is saying a lot about its battery life. That’s why the company included such a large battery inside of this phone. You’ll never have battery anxiety while using this device, that’s for sure.

The Ulefone Power Armor 14 Pro is also IP68/IP69K and MIL-STD-810G certified. So not only is it water and dust resistant, but it can handle a drop or two without a problem. You certainly don’t need to baby this phone.

The device can remain active on standby for up to 540 hours, says the company. 18W wired charging is included, and the same goes for 15W wireless charging. If you need to charge some other device by using this one, you can do that too thanks to reverse wireless charging (5W).

A 6.52-inch IPS LCD display is also included, as is Android 12. The phone features 6GB of RAM and 128GB of internal storage, though you can expand that up to 1TB via a microSD card.

If you’d like to know more about the device, tap the link/button below.