TSMC has revealed the production roadmap for its next-gen mobile processors. The Taiwanese company will start making 3nm chips in the second half of this year and plans to move to the 2nm process in 2025. It also plans to introduce advanced 3nm fabrication processes over the next couple of years. The semiconductor giant shared its chip roadmap during the TSMC Technology Symposium 2022 that kicked off Thursday (via).

According to the new report, TSMC will start delivering first-gen 3nm chips (N3) to its customers in early 2023. It will start mass production of advanced 3nm solutions (N3E) midway through next year. N3E will reportedly pack 1.6 times more transistors than its most advanced 5nm solution. This allows for an 18 percent performance boost at the same power. If performance is kept constant, the power consumption will be reduced by 34 percent.

TSMC will follow with three more advanced 3nm fabrication processes — N3P, N3S, and N3X — between 2023 and 2025 before jumping to the 2nm tech. With each advancement, the company will improve the performance, transistor density, and power efficiency of its solutions.

From how it appears, TSMC and Samsung‘s chip production roadmaps are quite identical. The Korean firm will also begin the mass production of its 3nm solution this year. Poor yield rates may have delayed the plans a little, but it is reportedly on track to deliver the next-gen chips to its customers in early 2023.

Moreover, Samsung will also introduce advanced 3nm process nodes in the coming years and will move to the 2nm tech in 2025. But there’s one major difference between the two chip manufacturing giant’s 3nm approaches. While TSMC is sticking to the current FinFET (fin field-effect transistor) architecture for its 3nm chips, Samsung is using a more advanced GAAFET (gate-all-around field-effect transistor) architecture. The former will employ GAAFET on its 2nm solutions in 2025.

GAAFET is said to bring notable performance and power improvements over FinFET. For instance, Samsung’s 3nm chips will reportedly consume 50 percent less power for the same performance despite only packing 1.35 times more transistors than the current solutions. At constant power consumption, you will get up to a 35 percent boost in performance. These gains are certainly better than what TSMC’s N3E chips will bring.

Based on this, Samsung may have an upper hand in the contract manufacturing space at least for the next few years. The company has always played a second fiddle to TSMC in this market. So it might want to take the best advantage of this opportunity. But the Korean firm’s woes in chip manufacturing aren’t unheard of, so it has its task cut out here.

Of course, TSMC won’t remain idle and let Samsung gain a headstart. Touted as its “secret sauce” for the 3nm solutions, the company’s “FinFlex” tech will reportedly allow its customers to tailor the chips for higher performance, higher density, and lower power.

TSMC’s chip fabrication tech has historically been superior to Samsung’s. But the latter is now looking to fight back. It will be interesting to see how this chip war shapes up over the next few years. 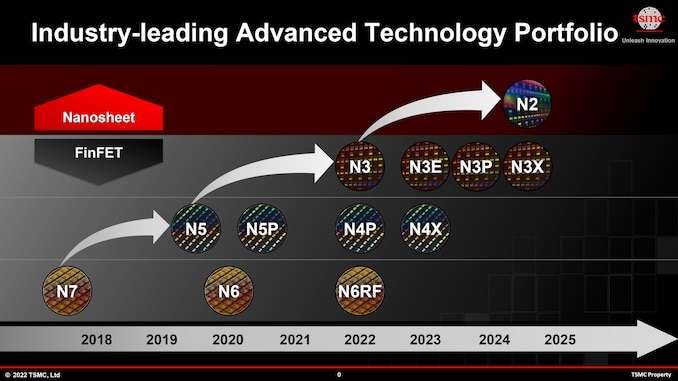