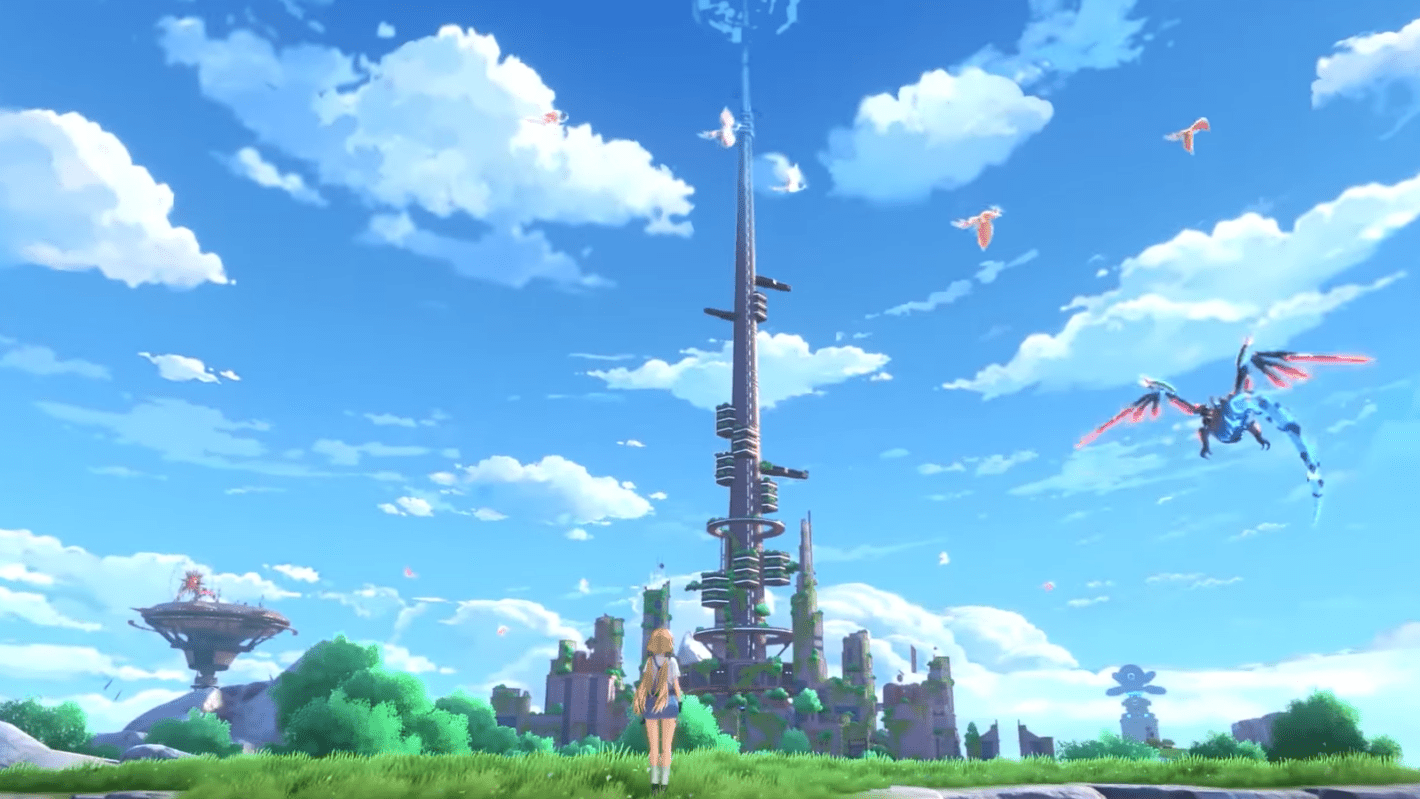 With games like Ni no Kuni and Genshin Impact, the mobile gaming market is no stranger to massive open-world RPGs inspired by anime. An upcoming RPG called Tower of Fantasy is coming out in a few months, and you can pre-register for the game today.

This game was developed by a company called Level Infinite. This is a company that’s owned by Tencent Games. It’s expected to officially launch in Q3 of 2022. That shouldn’t be too much of a wait, as Q3 2022 officially starts on July 1st. So, it should launch sometime within the next few months.

So, what is Tower of Fantasy about?

The information on the story we know so far really sets the stage for the world, but it doesn’t tell us too much about the characters or any potential campaign mode.

After humans stripped the earth of all its natural resources, mankind ventured outward and found a new planet called Aida. After colonizing this planet, they then discover a comet named Mara. This comet contains a mysterious energy called Omnium, and the people attempted to capture it.

This is where the tower comes in. The Tower of Fantasy was erected to capture the Omnium. However, the energy came at a price. The radiation emitted by the Omnium caused a “catastrophic” event to happen. We don’t know what the event is just yet, but any story you play through should be a result of it.

This will be an open-world game

One of the main draws of this game is the open world that you’ll be able to explore. It’s a futuristic Sci-fi game, so you’ll see a mixture of alien animal and plant life with futuristic technology. In the trailer, we see alien creatures, but we also see jetpacks and advanced motorcycles.

The official Tower of Fantasy site has information on eight of the main characters that you’ll encounter while playing. They have the typical JRPG characteristics and weapons. You’ll be able to check them out and decide which ones you’ll use when the game comes out.

You can re-register for this game starting today. You can do so for the Google Play Store, the Apple App Store, the Epic Games Store, and Steam.

Pre-register on the Google Play Store