A major blunder committed by someone from Samsung‘s Community Forums team has made a mockery of the company. They used an iPhone image to promote a Samsung service in the Samsung Members app.

A Samsung Community Manager recently posted a banner promoting the company’s Themes service on the Samsung Members app in South Korea (via). The banner contained some text on an animated background, as well as stylized images of smartphones featuring Samsung themes. The problem is, that the devices shown aren’t Galaxy smartphones. There are three devices on the banner and all of them are iPhones. The wide notch at the center loudly screams an iPhone.

The stylized images seem to show the iPhone X model, or an iPhone 11. Perhaps it could be an iPhone 12 model too. They all look the same, don’t they? But for Samsung’s reputation, this is bad; too bad. It’s as if the company’s employees have no idea what a Galaxy smartphone looks like. Their mistake has made a mockery of Samsung, the world’s largest smartphone company.

Samsung needs to avoid these kinds of controversial blunders

It’s not new for smartphone companies to make these kinds of blunders on social media, particularly on Twitter. Samsung itself has been caught tweeting from an iPhone while promoting its Galaxy smartphones. It also recently praised the Oppo Find N probably because the person behind the Twitter handle thought it was a Galaxy Z Fold model. OnePlus once posted a tweet promoting the S Pen of the Galaxy Note 20 Ultra too. “The enhanced S Pen is my weapon of choice,” the tweet said, along with a short promotional video.

This happens because companies often hire the same third-party agencies for social media promotions. These agencies, or should we say their employees, sometimes forget to switch the accounts or devices and end up sending a post for one client’s product through another client’s account or device.

However, the latest blunder from Samsung is a bit worse. It’s not social media we are talking about here. It’s a post promoting a Samsung service on a Samsung-exclusive platform. And the post itself is made by a Samsung employee, not some third-party agency. Of course, this hurts the company’s image. Hopefully, the Korean behemoth will ensure proper re-checking of these kinds of materials before they reach the public in the future. Samsung certainly wouldn’t want to end up in such controversial situations ever again. 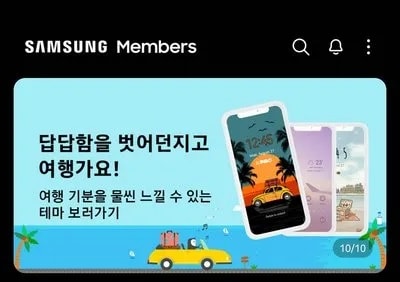