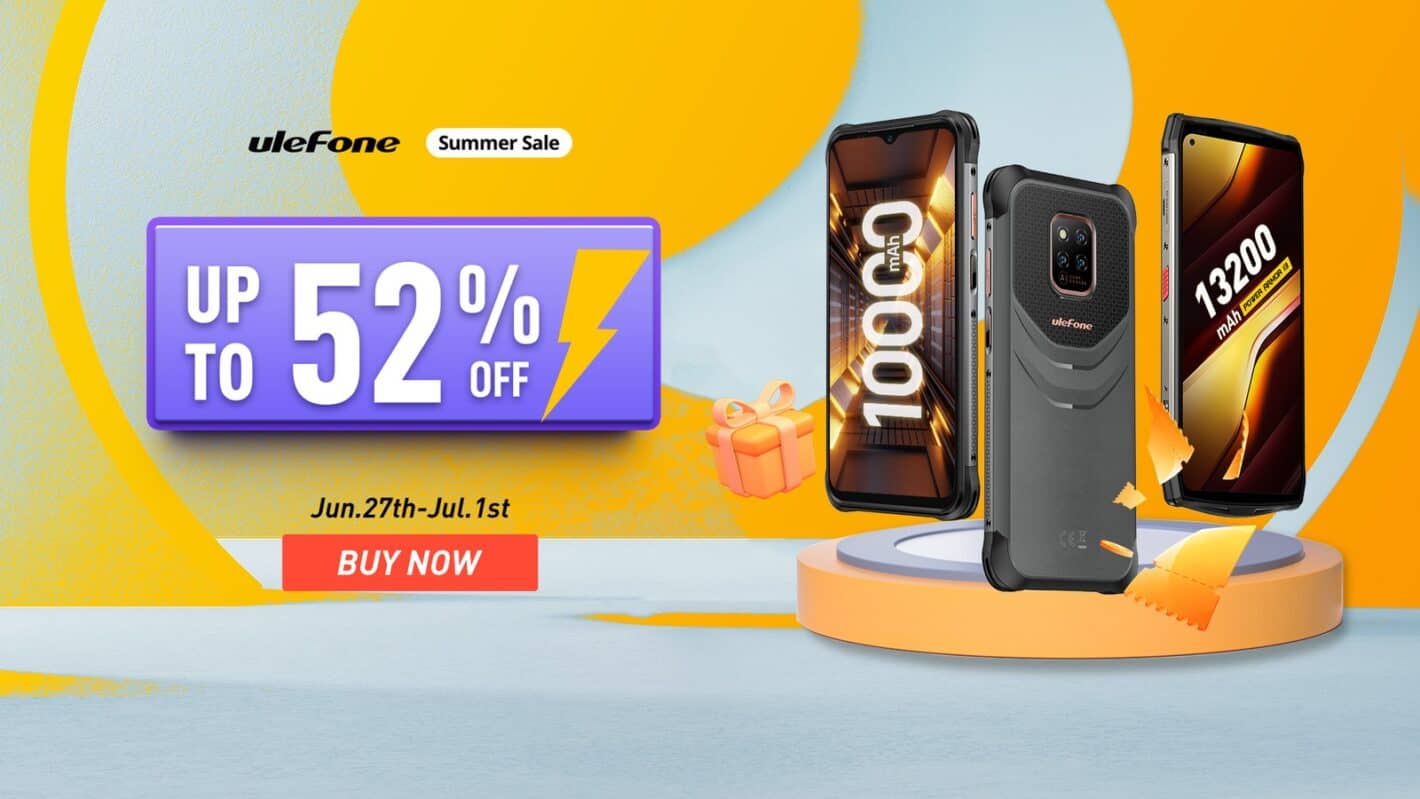 If you’ve been wanting to get one of Ulefone’s rugged phones, well, this is an ideal time to do it. Ulefone announced that its rugged phones are discounted by up to 52-percent on AliExpress.

Various rugged phones from Ulefone are now discounted on AliExpress

The thing is, not only its rugged phones are. You’ll also find some Note-branded devices on the list, which are not technically rugged. A ton of different smartphones are on offer as we speak. We’ll highlight some of them in the article, and allow you to browse the rest.

First and foremost, do keep in mind that this sale will last until July 1. So, if you’re interested in getting any of these phones, it would be wise to hurry up. This is actually Ulefone’s Summer Sale 2022, which we announced a while back, but Ulefone updated its offerings, as this is an exclusive AliExpress sale.

The company highlights the Ulefone Armor 13, Armor 14 Pro, and Armor 8 Pro, as those are the best-selling rugged smartphones, it would seem.

The Armor 8 Pro will set you back $159.99 during this sale. This handset ships with Android 11, and includes a 5,580mAh battery. A 16-megapixel camera is placed on the back, while a 6.1-inch display is also included.

The Ulefone Armor X10 Pro is priced at $127.99, in case you want a smartphone that is a bit smaller. This handset includes a 5.45-inch display, and comes with 4GB of RAM, and 64GB of expandable storage.

The Ulefone Note 10P is priced at 109.99, while the Note 6T will set you back $99.99. Many more phones are on offer from Ulefone during this sale. Tap the link/button below to browse a full list of discounted phones.

Check out Ulefone's deals on AliExpress