Roborock slimmed down the feature-set from its S7 line for the Q7 Max, but didn't ditch the important things like suction and navigation.

Roborock sent over the Q7+ Max in black. We’ve used it for a little over two weeks before forming this review.

At CES in January, alongside the S7 MaxV Ultra, Roborock announced its Q-series of robot vacuums. This is meant to be a cheaper line of robot vacuums that have some of their customers most popular features included, at a lower price. The line now consists of the Q5, Q7 and Q7 Max. The Q7 Max being the top of the line there, with the increased suction. Now the “+” moniker only means that it comes with the auto-empty dock.

So the Q7+ Max is here for $869. That’s still quite pricey for a robot vacuum, but it is roughly $500 less than the S7 MaxV Ultra. And it cuts out some of the features that the S7 MaxV Ultra has. But is it too much cutting out? Let’s find out in our full review.

Since the beginning for Roborock, it’s LiDAR sensors have been the best. The best at mapping out rooms and homes, and it rarely has issues. However, now we have moved over to using cameras and AI to map out our homes on robot vacuums. Which Roborock has on its MaxV (V likely stands for vision) vacuums. That’s one area where Roborock cut costs to make this cheaper. 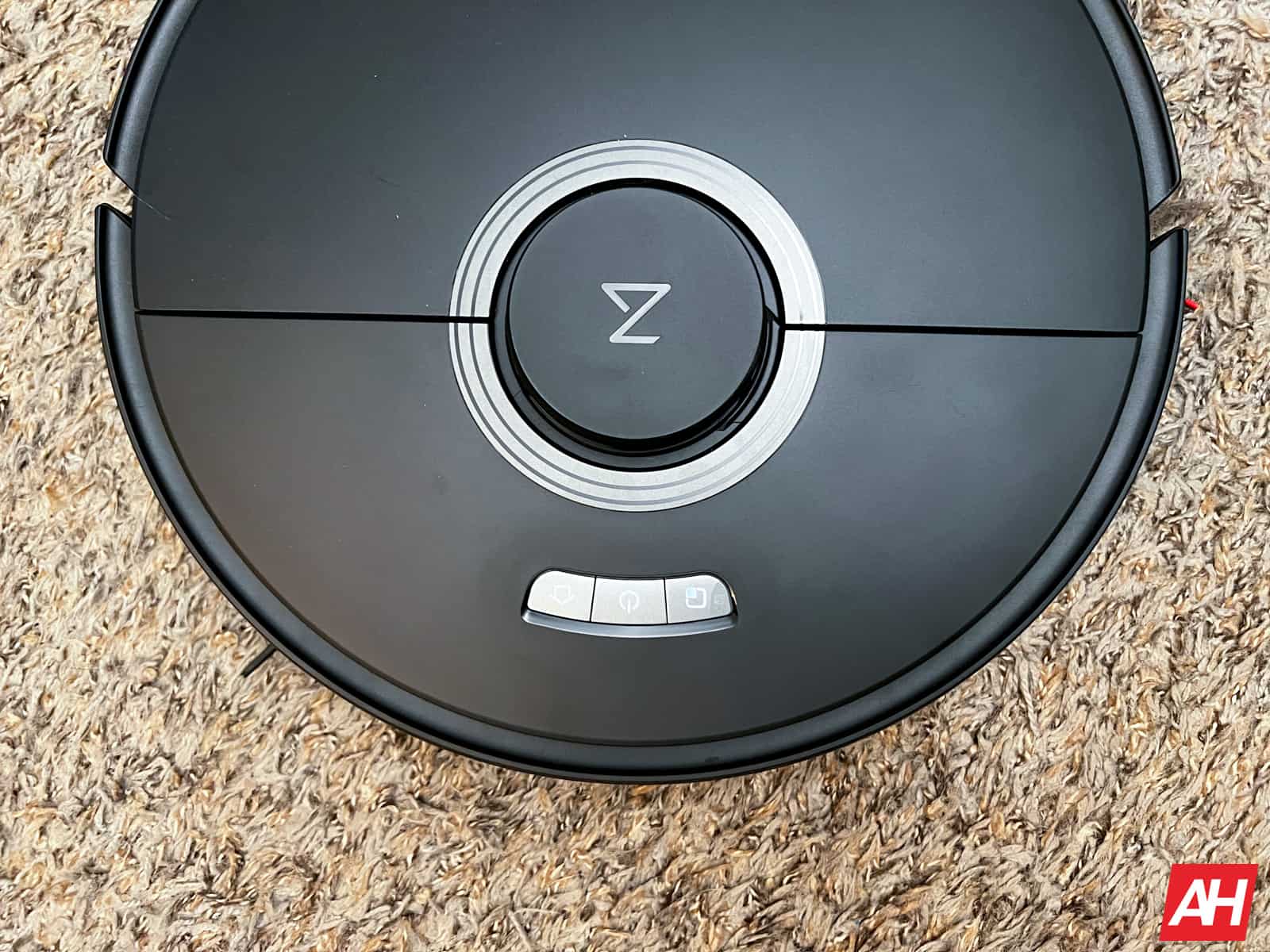 The lack of the Stereo Camera and ReactiveAI 2.0 isn’t a dealbreaker, but it would be nice to have here. Now most of you reading this review likely aren’t coming from the S6 MaxV or the S7 MaxV, so this not being available is probably not an issue for you. It’s a “nice to have” and not a “must have”.

The Q7+ Max was able to easily map out my home using LiDAR and create a 3D Map. This is a new feature that Roborock started with the S7 MaxV earlier this year. It’s nice to see that it doesn’t require the Stereo Cameras to work. The Q5, Q7, Q7 Max and S7 MaxV all have it.

3D Mapping still seems to be a bit of a gimmick to me. Sure it’s nice to look around and see what furniture is there on the map, but I’ve never really used it. The whole purpose for it is, to help you have the robot vacuum clean in a specific area and then head back to the dock. Say in front of the couch, where your kids spilled some cereal. But I’ll normally just have it clean the whole room, because why not?

How well does the Roborock Q7+ Max actually clean?

Well, in our experience, it did quite well. Almost on par with the S7 MaxV. My apartment isn’t all carpet, only in the two bedrooms. So it doesn’t do carpet boost as much as in some other homes or apartments. But in my experience, it picked up everything on the floor on the first go ’round. Even all of my dog’s hair, which can sometimes be tough to see and pick up. 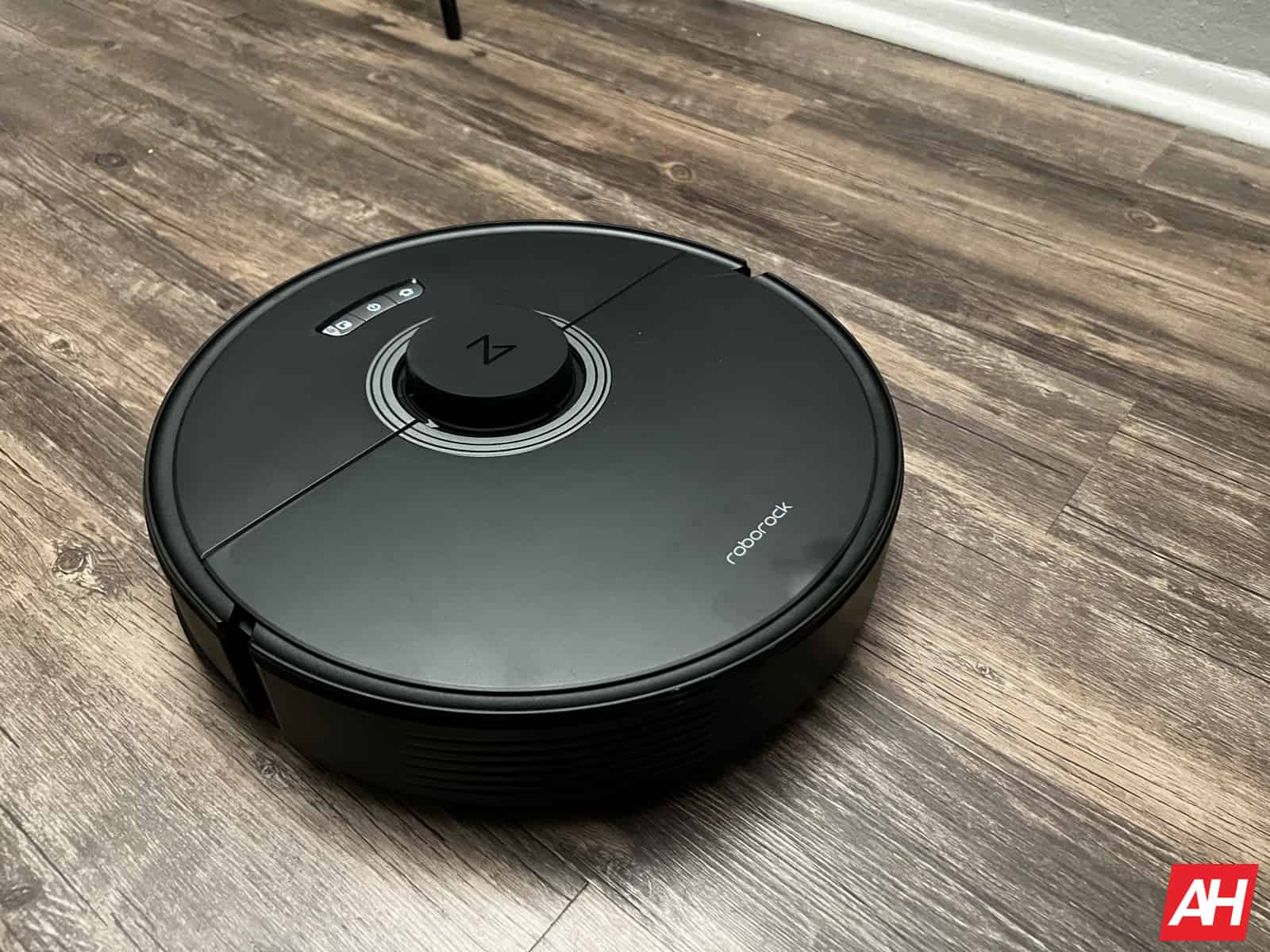 Roborock does still have no-go zones, invisible walls and no-mop zones available on the Q7+ Max. So if you don’t want it to clean a specific room, you can set that up in the app. For me, I keep it out of the bathroom. Not because it’s a mess in there (it’s not), but because every single robot vacuum I’ve tested in this apartment (and it’s a lot) gets stuck in there. It goes in, closes the door and then freaks out that it can’t get out. So I keep it out of there.

The combined dustbin and water tank is rather interesting. It’s one unit now, instead of separate units on the vacuum. This likely saves space, which resulted in a larger dustbin/tank. Both of which are larger than the S7 MaxV. With the dustbin at 470ml (400ml on the S7 MaxV) and a 350ml water tank (200ml on the S7 MaxV). The larger dustbin is nice to have, but since it auto-empties every time it hits the dock, it never really fills up. But if you opt for the regular Q7 Max, without the auto-empty dock, it’s a good option to have.

Mopping is good, but not great

Mopping has never really been incredible or perfect from Roborock. But with the S7 series of robot vacuums, it did get a lot better. Thanks to VibraRise and Sonic Mopping. Neither of which are available on the Q7+ Max. VibraRise allows the vacuum to pick up the mop, so it can continue cleaning without getting your carpet wet. On the Q7+ Max, it will not clean carpeted rooms unless you remove the mop pad. Which kind of sucks when you have a lot of carpet and laminate flooring.

Sonic Mopping allows the vacuum to agitate a bit more and get those dried on messes up off of the floor. That’s not available on the Q7+ Max, which sucks, but with a lot of messes you’ll need to bring out the real mop anyways.

Mopping is good for an occasional pass-through, but don’t count on throwing out your mop bucket and mop, unless you decide to get the S7 MaxV Ultra.

Roborock first debuted its new rubber brush on the S7 last year. It was good, but hair would get tangled in it and rip it up. Which was not good for everyday use. I actually had to buy a couple of replacements for my S7 pretty quick. With the S7 MaxV, it was improved, and hair no longer tangled as easily. And the same thing can be said for the Q7+ Max. 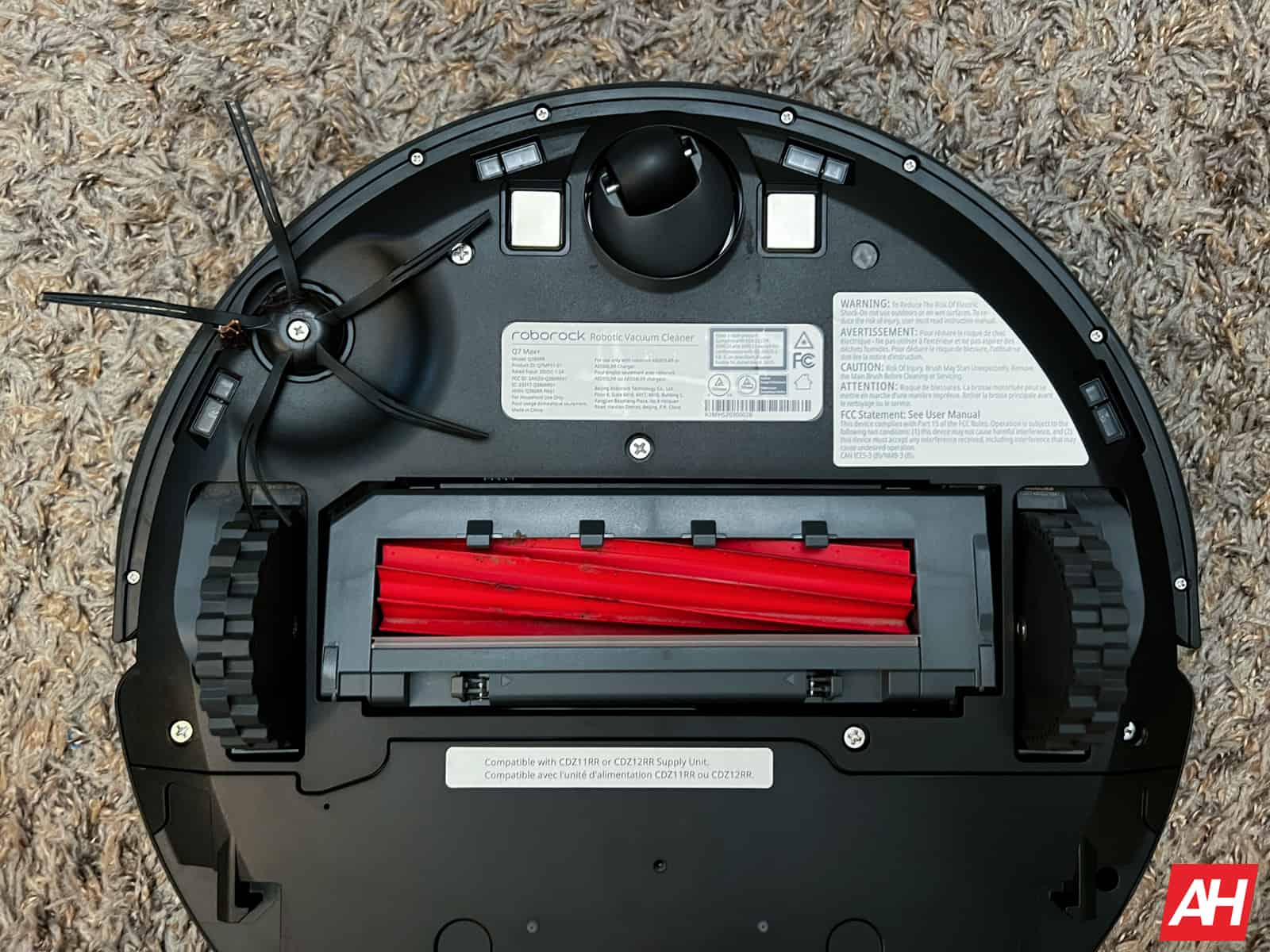 Roborock was not first to market with an auto-empty dock. In fact, they were pretty late. Only really coming out with one last year with the S7. The original Auto-Empty dock was pretty cool, as it had a HEPA filter built-in. Great for those with allergies. But it was large and was quite expensive. Costing $299.99, making it the same price as some robot vacuums. This year, we’ve gotten a few different auto-empty docks.

The first was the Ultra dock for the S7 MaxV, which not only empties the dustbin, but also cleans your mop pad and refills the water tank. Now we have a redesigned auto-empty dock for the Q-series of robot vacuums. It’s a pretty simple dock actually, it’s about as wide as the robot vacuum itself, and not very tall. All it does is sucks the dirt and debris out of the dustbin and into the dock. It uses the intake from the rolling brush to get all of the dirt and debris out. Unlike iRobot which has a dedicated passthrough. Which likely helps the Roomba robot vacuums perform better with their rubber brushes.

The dock is able to hold around seven weeks of dirt and debris. This will depend on how much you run your vacuum and how much it picks up. The bags are about 2.5L. And Roborock does include an extra one when you buy the Q7+ Max.

The real question is, is it worth the price? The dock is about $280 more than just the vacuum itself. If you run your vacuum a lot, and have pets and kids, it’s worth it. Otherwise, you might want to save that money and get the Q7 Max for $599. Which is currently only available from Roborock’s website.

The Roborock app is still the best in the business

Just prior to using the Roborock Q7+ Max, I was still using the iRobot Roomba j7+, which is a pretty good vacuum. But the app just isn’t as good as what Roborock offers. Roborock is like the Android of Robot Vacuums and iRobot is the iPhone of Robot Vacuums. What I mean is that iRobot doesn’t give you a lot of settings, you just set it up and let it run. While Roborock gives you settings for basically everything.

With the Roborock app, you are able to change the order of which rooms get cleaned first. Set up different suction power and mopping water flow for each room as well. Not to mention the 3D mapping, which makes it easier for you to tell the Q7+ Max to clean in a specific area, instead of the entire room.

Among many other features. The Roborock app just works as intended. The only downside with the Q7+ Max, is that it does need to be on a 2.4Ghz network. That’s not a surprise, as most smart home products want 2.4GHz over 5GHz, and that comes down to it wanting the WiFi range over speed. However, the Q7+ Max would not work on a 2.4GHz/5GHz network combo. Which is odd, since every other Roborock vacuum I’ve reviewed over the last three years have worked on that network just fine. It’s rather annoying, because now I have to put my Pixel 6 Pro on that 2.4GHz network to control the Q7+ Max. So do keep that in mind.

Should I buy the Roborock Q7+ Max?

The Roborock Q7+ Max is an excellent robot vacuum. If you don’t need the obstacle avoidance and the improved mopping, then it’s a good choice. But if you do need it, we’d recommend the S7 MaxV, even if you only get the plus model instead of the Ultra model, it’s still a really good value.

Either way, the Roborcok Q7+ Max will last you quite a few years before it needs to be replaced. They are notorious for lasting many years.