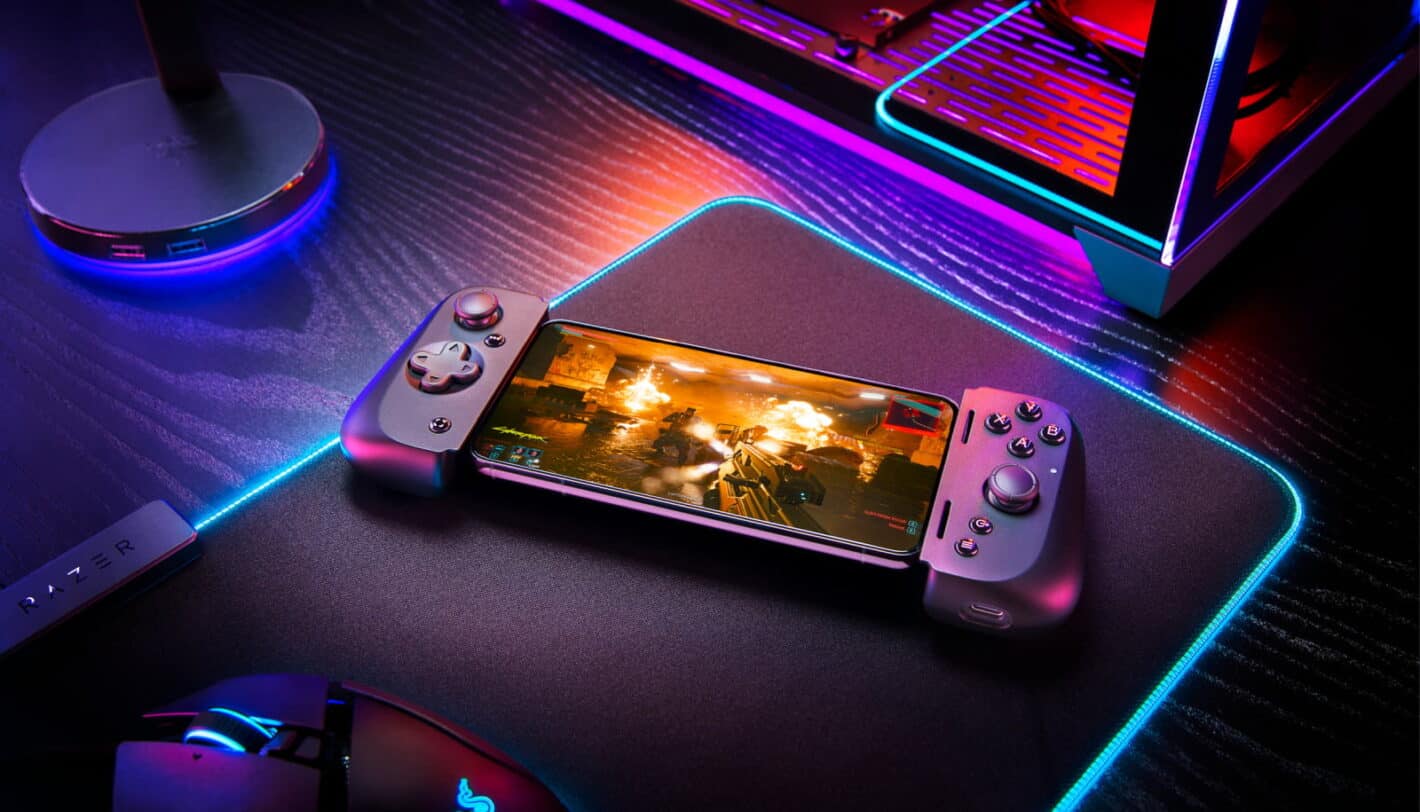 Razer has announced the all-new Kishi V2 controller today, and it comes with some notable upgrades. When Razer initially launched the Kishi back in 2020, it was hailed as one of the best mobile controllers available. In our review we said that compact mobile controllers don’t get any better.

Featuring an expandable design that you could slot most Android phones into, the Kishi proved to be a great compact mobile gaming accessory. And since the launch, it’s gone on to be the choice of many for not just mobile gaming, but services like GeForce NOW, Stadia, and Xbox Game Pass.

The Kishi V2 controller offers all that and more. Razer has refreshed it with a new and improved design as well as a few new features. Such as programmable multifunction buttons. It also now supports more phones, and is designed to support the upcoming devices from Google and Samsung. Since the Kishi V2 doesn’t have an enclosed clamp system like the original, you may even be able to slot in phones with off-center USB-C ports. Such as the ROG Phone 5.

While the Kishi was great, the Kishi V2 definitely brings some really cool upgrades that are worth exploring. The programmable multifunction buttons for one, will be a nice addition to those that play more competitive multiplayer games. These are two additional buttons that sit on the top of the controller just inside the triggers.

While this seems like a great idea in terms of placement, it likely means that you’ll have to take your fingers off the triggers to use them. Whereas if they were on the back like on the SCUF Instinct Pro, you could use your other fingers to press them and still be able to use the triggers at the same time. Although Razer probably couldn’t do this due to the collapsing design of the controller.

Lastly, the bridge of the controller is no longer flexible. Instead, Razer opted to make it more rigid for improved stability. And this is also what makes it compatible with a wider variety of Android devices. Plus there’s a dedicated share button and a dedicated button to launch the Razer Nexus app.

Razer is officially launching the Kishi V2 today for $99, and it can be picked up from Razer directly or from retail partners like Amazon. The company will also launch an iOS version later this year.