Skip to content
Advertisement
Trusted By Millions
Independent, Expert Android News You Can Trust, Since 2010
Publishing More Android Than Anyone Else
37
Today
172
This Week
509
This Month
4400
This Year
121982
All Time
Advertisement Sony today has launched a brand-new update for the Share Factory Studio app on PS5 that adds a new game clips feature called Bits. The feature is intended to give gamers a way to create short-form game clips from their games that they can share. Share Factory Studio clips already save to the captures section in the PlayStation app. But when using Bits to create the clip it makes them a better fit for social sites.

Sony also says that Bits simplifies the creation process. By adding in all the editing features that Share Factory Studio already has, users can do everything they could without Bits. The feature also introduces some new tweaks to make videos more fun an engaging. Both to create and to watch.

With Bits, PS5 game clips can be as little as 3 seconds long 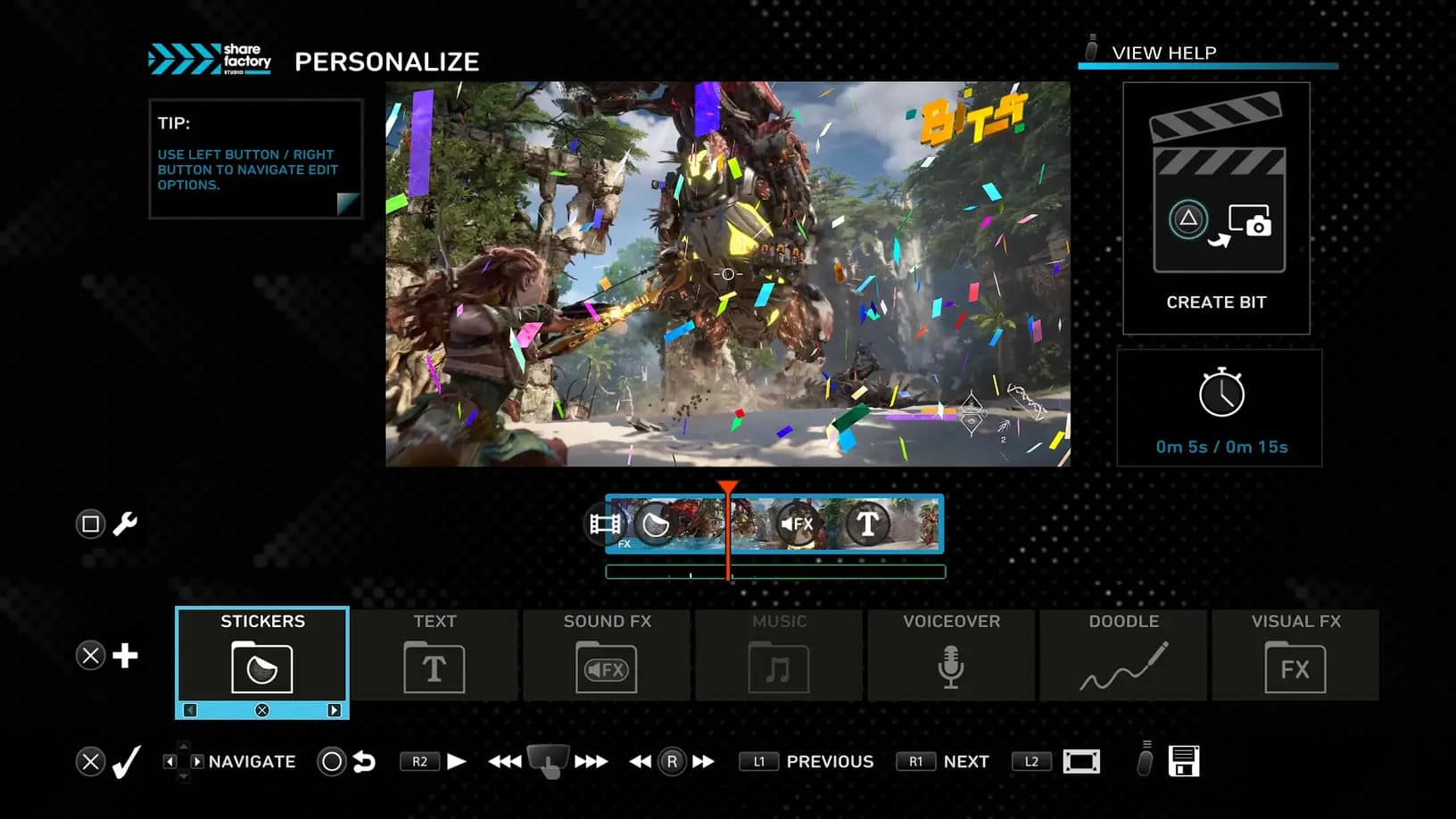 Most social sites will let you post somewhat longer videos now. But short-form videos tend to get a lot of engagement especially for really exciting, quick moments. Bits will capitalize on that by letting users create game clips from their PS5 gameplay that are as little as 3 seconds long. Bits also allows for clips up to 1 minute, and anything in between.

In addition to the new clip times, Bits also adds in new Bit styles, new animated stickers, and a new voice-over feature. There’s a new doodles feature too. Which lets you use the DualSense to create free-form doodles on top of your clips.

As for the Bit styles, Sony says these will constantly be changing. They’ll update regularly from the Bits Live Service, and picks are based on a number of different factors. Day of the week, trending content, holidays, seasons, and special events can all impact what Bit styles will be available at any given time.

Bits is live today and it’s free to use. You just have to have Share Factory Studio installed on your console. Sony also says this new editing feature is great for “novices and pros.” So whether you’ve mastered the art of editing your game clips or you’re new to it all, Bits should be a handy tool.