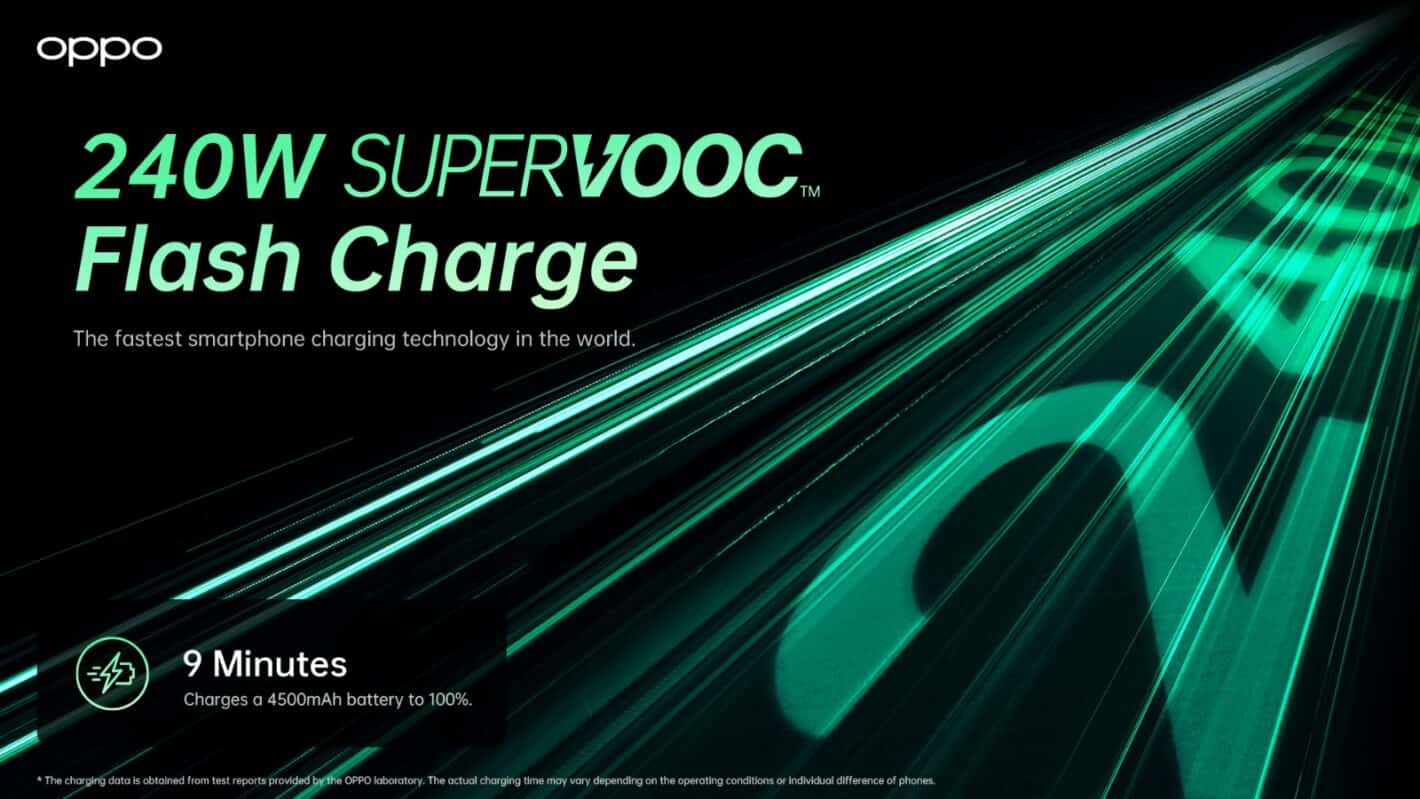 According to a new report, OPPO may actually include 240W charging in one of its phones soon. OPPO was not mentioned by name, but it’s rather obvious who the source is talking about. As a reminder, the company presented its 240W charging tech back in February this year.

OPPO may include 240W charging in one of its phones soon

This insanely fast charging tech can charge up a 4,500mAh battery in only 9 minutes. Needless to say, this is crazy fast. If OPPO ends up delivering this in the near future, it would definitely become the fastest charging in the world, at least as far as mobile tech goes.

We’re not sure when will the company’s device with 240W charging arrive, but it’s presumed to be coming soon. Based on what we’ve seen, it’s expected to launch before the end of the year.

Now, OPPO is not the only company to be planning to cross the 200W mark. The IQOO 10 Pro is expected to offer 200W charging. IQOO is also a part of the BBK Electronics family, so it’s a sister company to OPPO, basically.

In any case, according to the report, this device will end up using a 24V-10A charging brick to enable 240W charging. This charging tech is officially branded ‘SuperVOOC’ by the company, in case you forgot.

OPPO presented this tech, but it did not reveal when will it make its way to smartphones

Back in February, OPPO did not reveal when this tech will arrive to one of its smartphones, at least not exactly. Based on what we’ve seen, it may arrive before the end of the year. Though it would make more sense if it arrives as part of the OPPO Find X6 Pro package.

The OPPO Find X5 Pro launched in February this year with 80W wired, and 50W wireless charging. Including 240W charging in its successor would be a major improvement, even though 80W charging is crazy fast on its own.