UPDATE: This leak seems to be fake. This is the OPPO Reno 8 Pro+, even the wallpaper is the same.

ORIGINAL ARTICLE: The OnePlus 10T 5G is coming, and its colors have just been revealed by leaked renders, black, white, and light green (OnePlus will have special names for that, for sure). Several phone renders appeared in a single image, showing us three OnePlus 10T 5G colors. The phone’s front side is also shown here.

This design does remind us of the OPPO Find X5 Pro, a little bit

For some reason, this design reminded me of the OPPO Find X5 Pro. The OnePlus 10T 5G will have a rather prominent camera island, but it won’t simply protrude out of the back in a 90-degree fashion. As you can see there’s a slope below the camera island, as it seems like the back raises gradually to reach the top of the camera module. 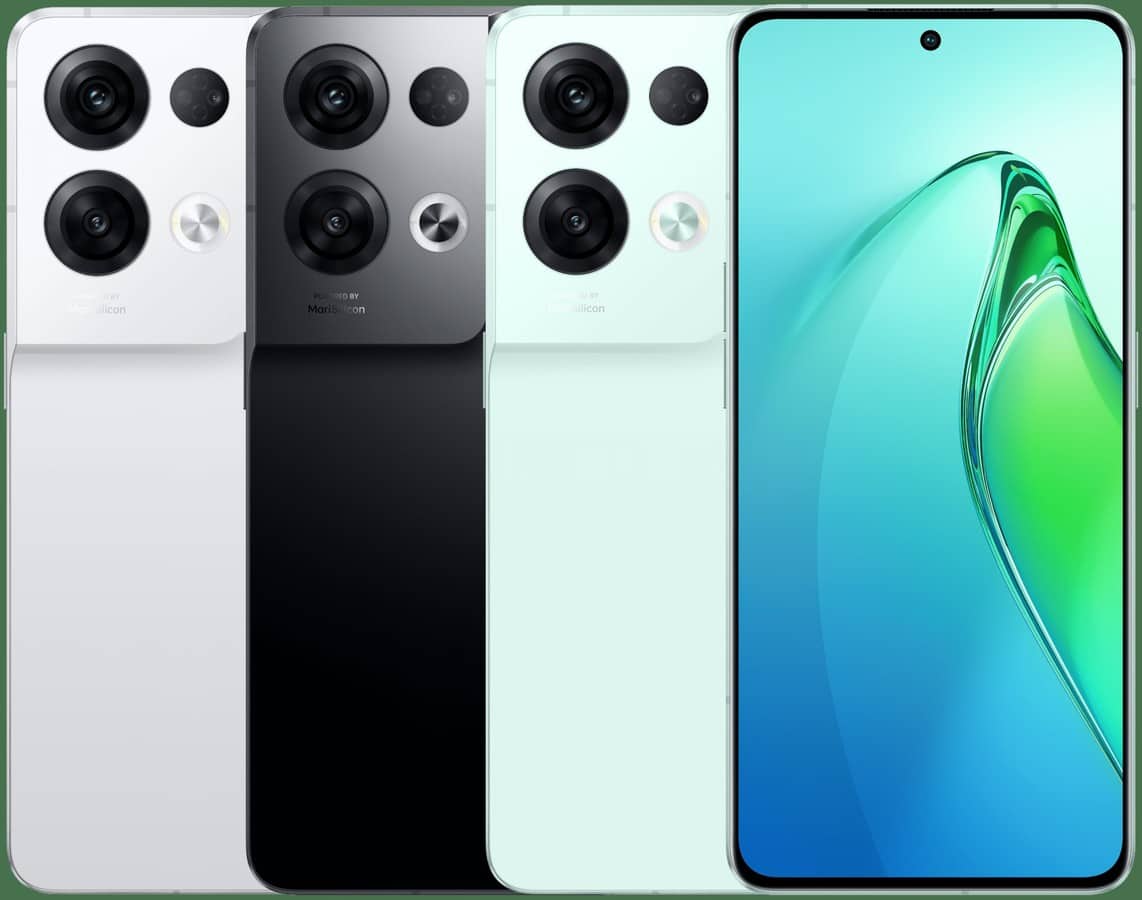 The OPPO Find X5 Pro had a similar approach, but a different-looking camera island, and a smaller one at that. A previous leak reported that the camera island could take a quarter of the phone’s back, but that won’t be the case. Only the top-left corner will be covered, but it’s still a rather large camera module.

The phone’s display will be flat, as you can see, and its bezels will be really thin, though still not uniform. A centered display camera will also be included here, while an alert slider will not, it would seem.

150W fast charging is expected, and the same goes for the Snapdragon 8+ Gen 1 SoC

The OnePlus 10T 5G is tipped to be fueled by the Snapdragon 8+ Gen 1 SoC, and include a 4,800mAh battery. 150W fast wired charging will also be included, but wireless charging may not. OnePlus has to cut corners somewhere.

A previous leak said that a 6.7-inch fullHD+ AMOLED display with a 120Hz refresh rate will be included. This phone will be rather wide if that ends up being the case, presuming that the leak is accurate, and that its display ends up being flat. We’ll see.

You can expect to get both 8GB and 12GB LPDDR5 RAM variants, with 128GB and 256GB of UFS 3.1 flash storage, respectively. The phone is tipped to include a 50-megapixel main camera, a 16-megapixel or an 8-megapixel ultrawide camera, and a 2-megapixel macro camera.

This handset will launch this year, but we still don’t know when exactly.