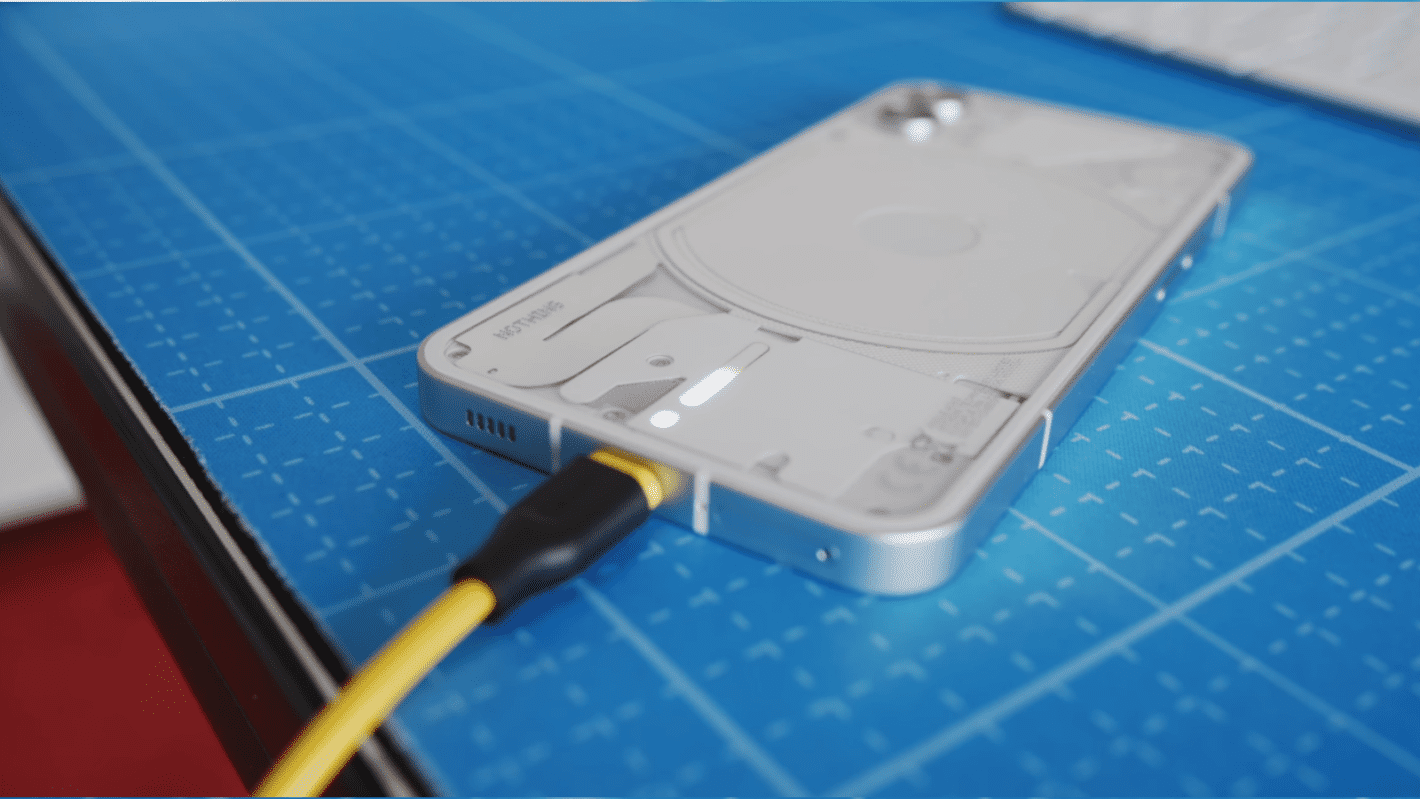 He shared a screenshot of what seems to be a listing for the device, of some sort. He did the same for the camera details, but this time around, it’s focused on the contents of the retail box. 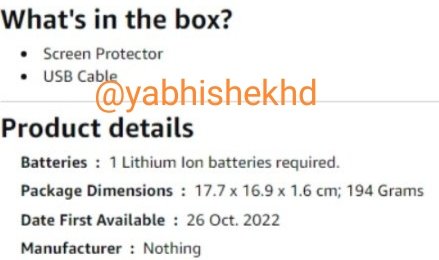 If you take a look at the image above, you’ll notice that two items are listed under the ‘What’s in the box?’ category. A screen protector is mentioned, along with a USB cable. A charger is not mentioned here at all, and neither is a case, for that matter.

The Nothing Phone (1) is tipped to offer 45W wired, 15W wireless, and 5W reverse wireless charging. You will have to buy that 45W charging brick separately, though, it seems. We were hoping a regular silicone case will be included in the box, at least, but that’s not happening either, based on this information.

Take this information with a grain of salt, as the ‘Date First Available’ info is odd

The package dimensions and weight are also mentioned here, but that’s not really important. What did catch my eye is the ‘Date First Available’ section. October 26 is listed here.

I’m not sure where the tipster got this screenshot, but it’s possible it’s from an unofficial source, or a reseller. In that case, you should definitely take this information with a grain of salt. That date is odd, to say the least.

The Nothing Phone (1) will become official on July 12, and that’s when Nothing will send purchase links to users who joined the waitlist. The company implemented an invite system of sorts for this launch.

Having said that, the devices will likely ship out not long after that. October 26 is hardly a release date for the Nothing Phone (1), so we’re not really sure what’s going on here. Perhaps this listing is from a reseller, and they’re expecting to have the phone for sale at the end of October, that would make more sense.