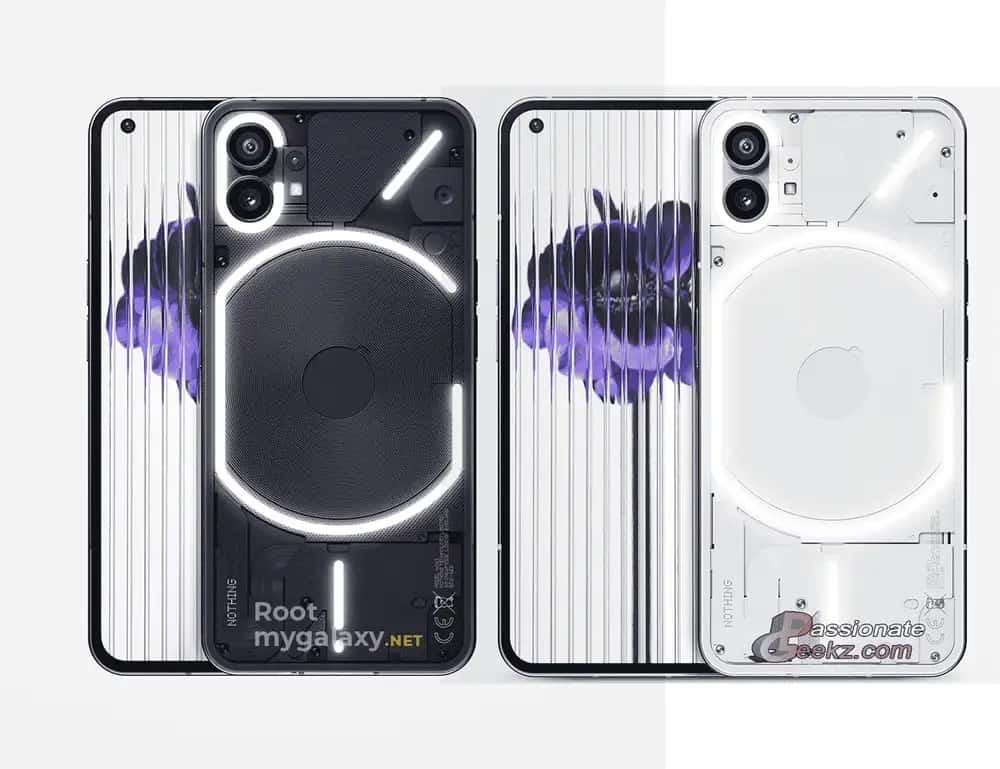 The Nothing Phone (1) may end up costing less than initially reported. Only one rumor regarding the phone’s price surfaced thus far, and it suggested a €500 price tag. Well, a new rumor is here, delivering completely different information.

This info comes from RootMyGalaxy, and the source not only shared the phone’s price, but also some images and specs as well. Do take this information with a grain of salt, though.

Now, do note that we don’t know for what market are these price tags. The phone is expected to launch in India and Europe, amongst some other countries. It is not coming to the US, though. These could be equivalents for price tags in India, if there’s any truth to this at all.

If the device really does end up costing this much, it may end up being a lot more appealing to consumers. $397 starting price is way lower than the €500 ($530) price, needless to say. If you take a look at the image below, you’ll see renders of both black and white Nothing Phone (1), courtesy of the source. It seems like two renders were poorly combined into a single image, though, hence the odd, multi-colored background.

A 120Hz OLED display is expected, along with 45W charging

What about the specs? Well, RootMyGalaxy did share quite a bit of info. According to the source, the phone will feature a 6.55-inch 120Hz OLED display. That will likely be a fullHD+ panel.

The Snapdragon 778G+ will fuel the phone, while both 8GB and 12GB LPDDR5 RAM variants will be available. The phone will come in 128GB and 256GB UFS 3.1 storage options, as mentioned earlier.

The Nothing Phone (1) is said to weigh 199 grams, while it will be 7.55mm thick. Stereo speakers will be a part of the package, and will offer Dolby Atmos support. 5G connectivity will be included, and the same goes for Bluetooth 5.2.