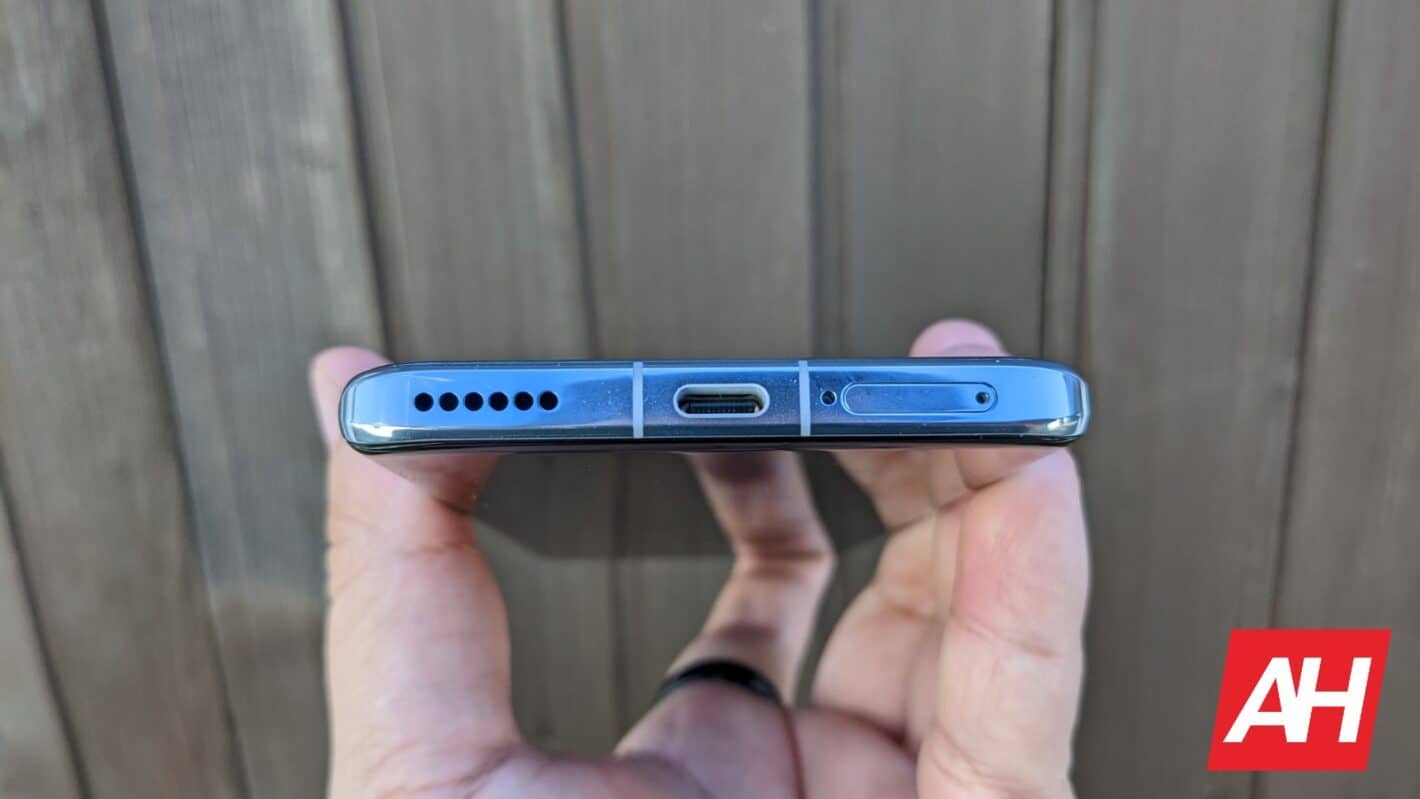 It seems like the upcoming Nothing Phone (1) will offer 45W fast charging. This information has been revealed by the TUV certification. The Nothing-branded charger got detailed in the listings.

Three model numbers got spotted, C304, C347, and C348. These may be different chargers for different markets around the globe. In any case, the adapter is rated at 45W, and listed to have an IP20 “degree of protection”. 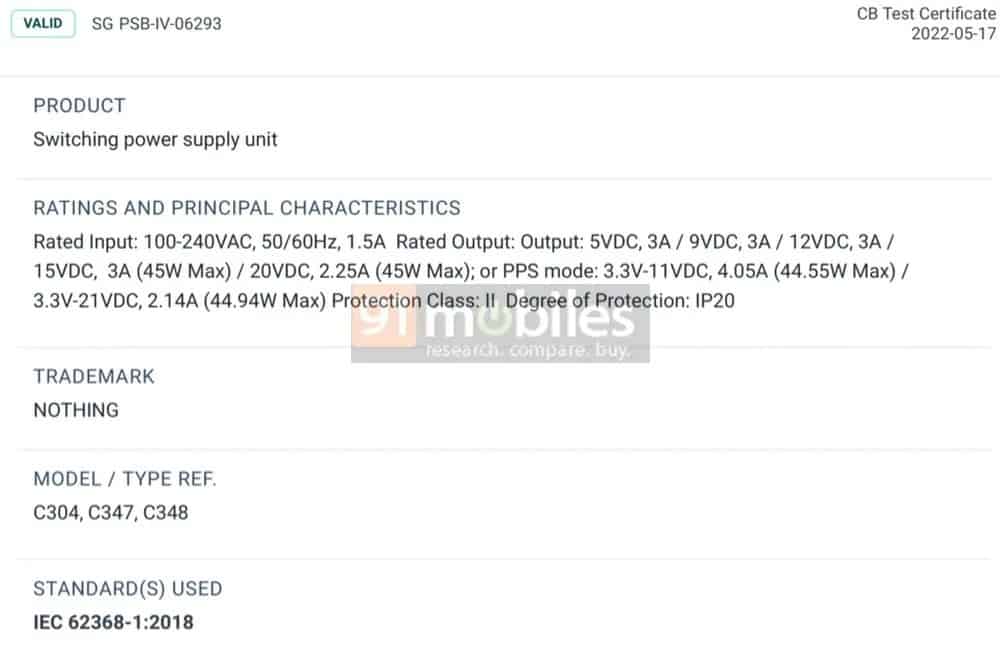 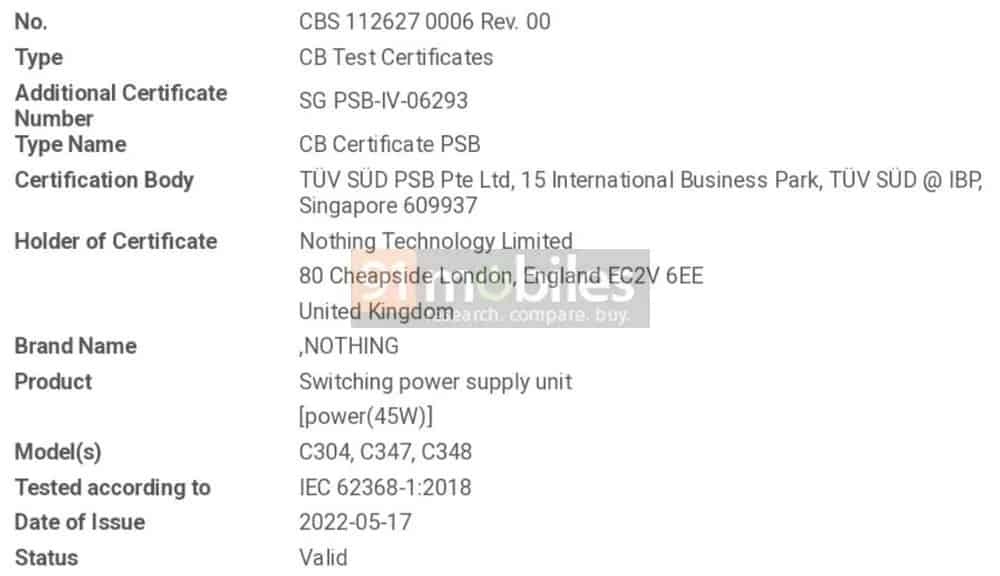 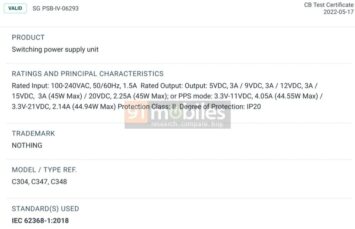 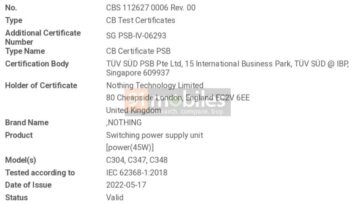 It is also noted that this power adapter will be compatible with the PPS charging standard up to 45W. That’s a good thing, as you’ll be able to charge other Android devices, notebooks, and so forth.

The Nothing Phone (1) is coming on July 12, and the event will be live streamed. The company confirmed that a couple of days ago. Nothing also confirmed some details about the phone thus far. We know that it will be fueled by a Qualcomm Snapdragon SoC. Nothing will most likely opt for the Snapdragon 7 Gen 1 processor, a brand new mid-range SoC.

The phone is also confirmed to include a transparent back, and support wireless charging. Nothing did say that the device won’t include a “chin”, which most likely means its bezels will be uniform.

In unofficial news, a 6.55-inch fullHD+ AMOLED display is said to come included as well. That display will allegedly offer a 90Hz refresh rate, and be flat. Chances are we’ll get a display camera hole on that display, most likely a centered one.

It is also worth noting that this will become the company’s second product. Nothing released the Nothing Ear (1) truly wireless earphones last year.