OnePlus has become a shadow of its former self lately, in more than one way. A company that was once synonymous with fast software updates no longer delivers timely security updates. Now, following its merger with OPPO last year, it seems to be slowly giving up another key trait it is known for — original smartphone designs. A lot of OnePlus phones coming out these days are OPPO and Realme knockoffs or rebrands. We even have documented proof of that, from the FCC.

“They (OnePlus) wish to market this product under their own company name,” reads an excerpt of OPPO’s letter, which was first spotted by Android Authority. Additional documents show a list of other changes that OnePlus will be making to the phone as part of this rebranding. These include changing the color of the USB cable to red, removing the earphone, changing the rear camera setup to a 50MP + 2MP array, switching the operating system to OxygenOS 12.1, changing the battery cover to reflect the OnePlus logo, and replacing a few more other components. 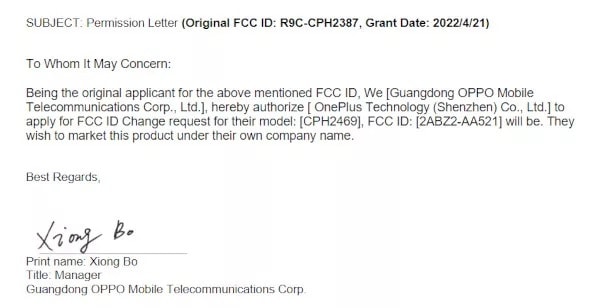 OnePlus is rebranding the OPPO A57

The FCC documents also contain some more information about the new OnePlus device, including the dimension and battery capacity. Based on all the available information, the publication could determine that the OPPO phone that OnePlus is rebranding here is already on sale in some markets. It’s the OPPO A57 that you can currently buy in Thailand and is coming to more markets soon.

The OPPO A57 is a budget smartphone powered by MediaTek’s Helio G35 processor with 3GB of RAM and 64GB of storage. The device sports a 6.56-inch LCD screen of HD+ resolution and a 60Hz refresh rate. It gets an 8-megapixel front camera while the dual rear camera array is being replaced, as we mentioned earlier. It packs a 5,000mAh battery with 33W fast charging. From the looks of it, OnePlus will launch this phone as an affordable Nord-series model soon. 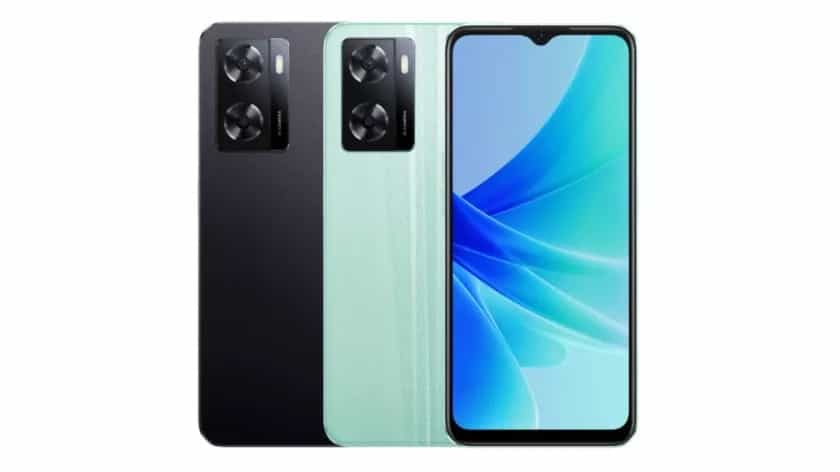 OnePlus launching re-branded OPPO devices as its own isn’t new. Back in 2017, the OnePlus 5 arrived with striking aesthetic similarities with the OPPO R11. But this practice has been growing since it the two companies merged late in 2021, particularly in the low-cost segment. The company is seemingly looking to cust cost in the design area. OnePlus now even copies aesthetics of Realme devices, which itself is an OPPO spinoff (former sub-brand).

The OnePlus Nord N20 5G appears to be an imitation of the OPPO Reno 8 Lite, Nord CE 2 5G is identical to Reno 7 5G, while the Nord CE 2 Lite looks too similar to the Realme 9 Pro. Even the OnePlus 10R appears to be a rebranded Realme GT Neo 3.

All these should be enough evidence that OnePlus will launch more of these rebranded OPPO and Relalme smartphones in the future. Oh, how the mighty have fallen.