Surprisingly, people tend to say bad things on Twitter. We typically come across tweets that cause us discomfort, and there’s a way that we can report them. However, Twitter has been working on some new tweet reporting tools that will make the process even better.

We should be familiar with the previous reporting tools. If we see a bad post, we’d tap or click the tweet’s options, hit Report Tweet, and go through the steps. We’d answer a string of questions like who the tweet was for and how we’re being attacked. It’s a straightforward method, but the company wanted to change it up a bit.

These new tweet reporting tools will make the process better

While it’s no one’s dream to have to report a lot of tweets, having these tools will make the whole process easier. When you start the report, the app will ask who’s personally affected by the tweet. It could be you, another person, or a group of people.

Next, you’ll see a screen that has the text “You’re being…”. You’ll choose from the options below: spammed, attacked, harassed, shown content related to self-harm, shown sensitive content, or offered tips or currency. Next, it’ll ask how that user is affecting you on the previously identified day.

These tools are actually working, as per the company. According to Engadget, the platform has seen a 50% increase in actionable reports. This means that the company can get and act upon more reports to help clean up bad posts. Make sure you update your app to get this feature. 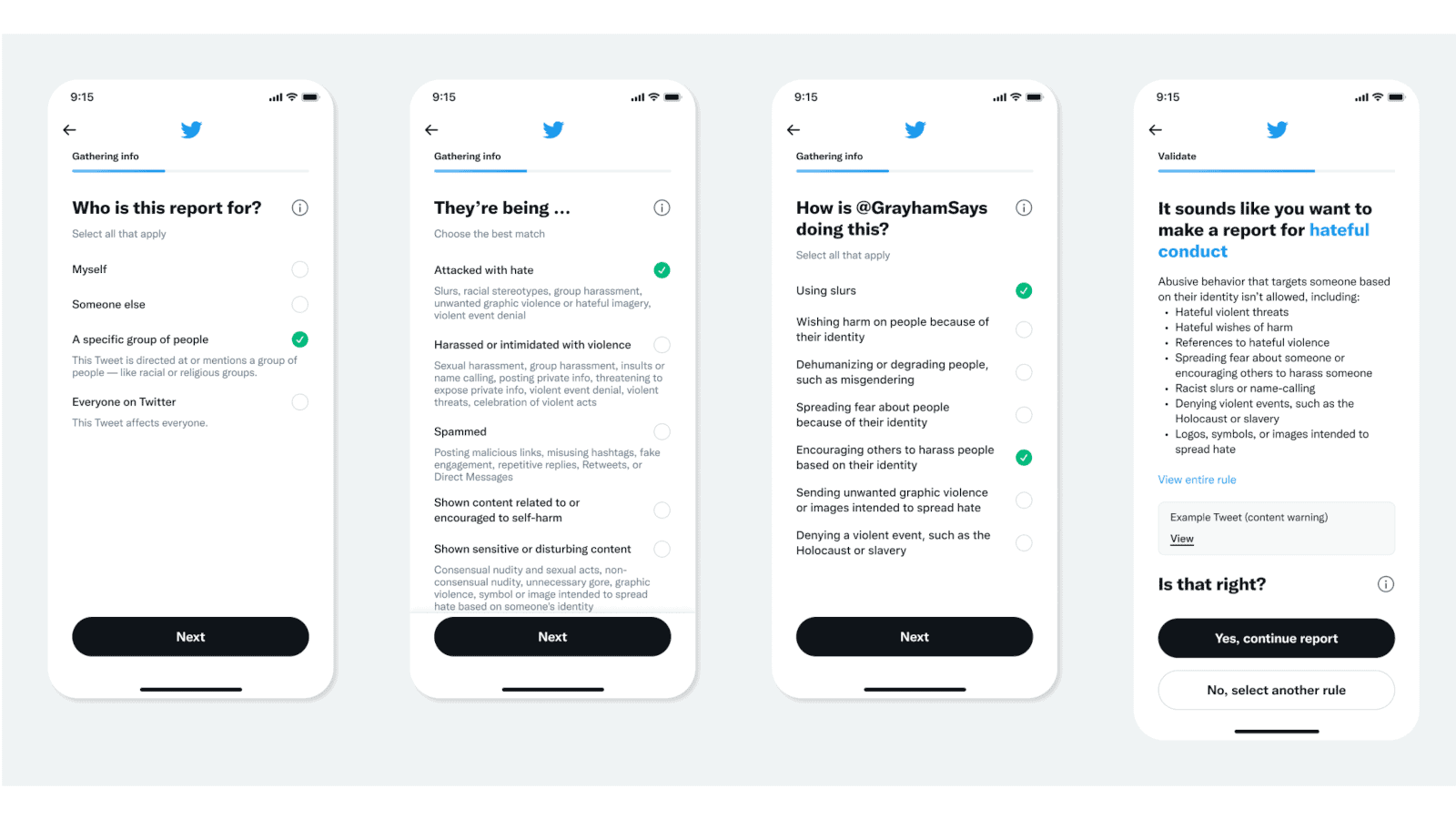