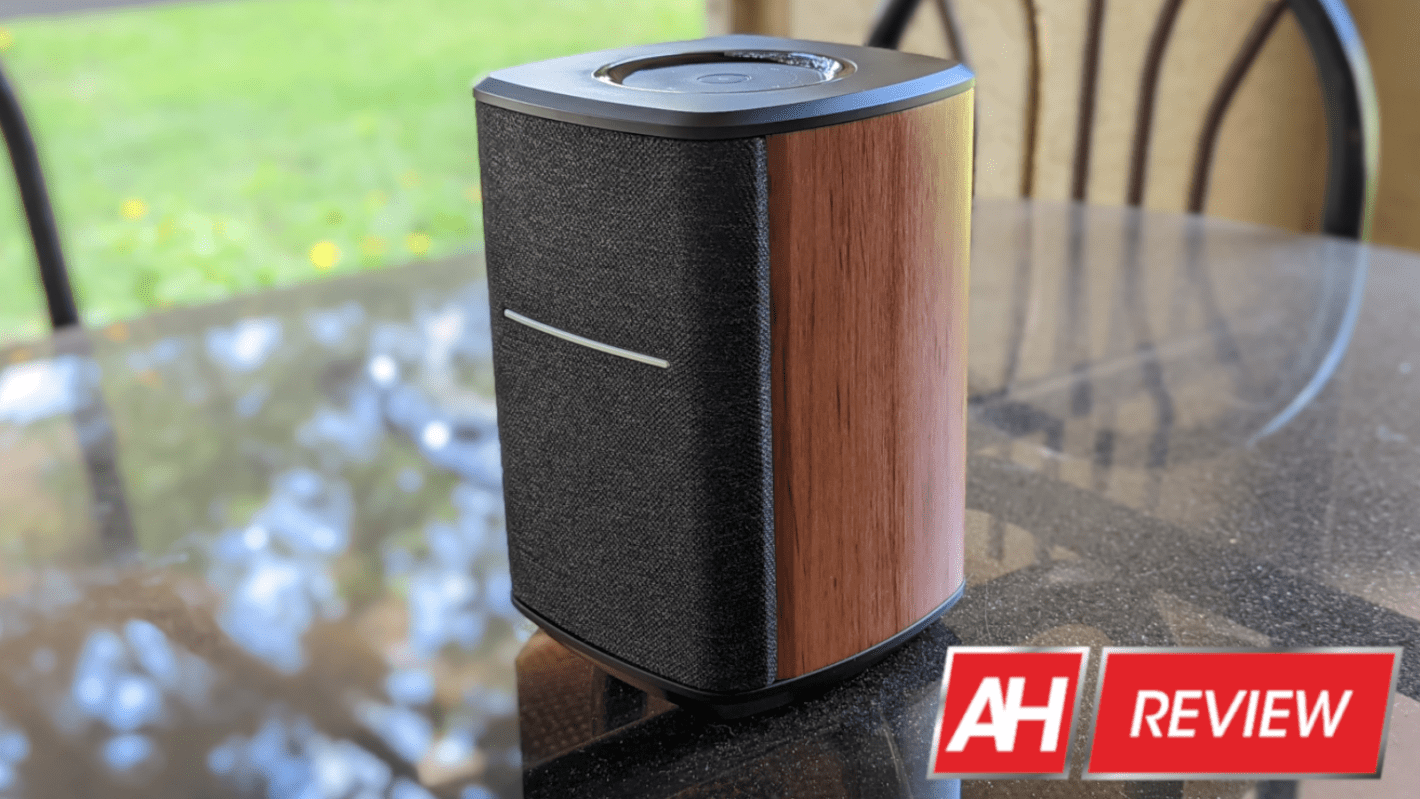 The Edifier MS50A is an elegant-looking speaker that's powered by Amazon's Alexa. Does this device sound as good as it looks? Let's find out!

Plenty of speakers try to balance power and portability, and that led to a flourishing market of wireless speakers. Edifier released its MS50A wireless speaker and, at $149, it targets a market a bit more premium than your typical Bluetooth speaker. It has a few welcome features that make using it easier while balancing a few compromises to keep the price palatable.

The design is amazing

The Edifier MS50A isn’t just a speaker, it’s a part of the decoration. The design mixes the old with the new, and, in my opinion, it does a great job at it. The body of the speaker has an elegant wood design (however, it’s made of plastic) that gives it a more vintage appeal.

While that’s true, the light-up ring at the top of the speaker gives it a more modern look as well. Depending on what mode the speaker is in, the ring will either be blue or white, and that also affects the aesthetic. 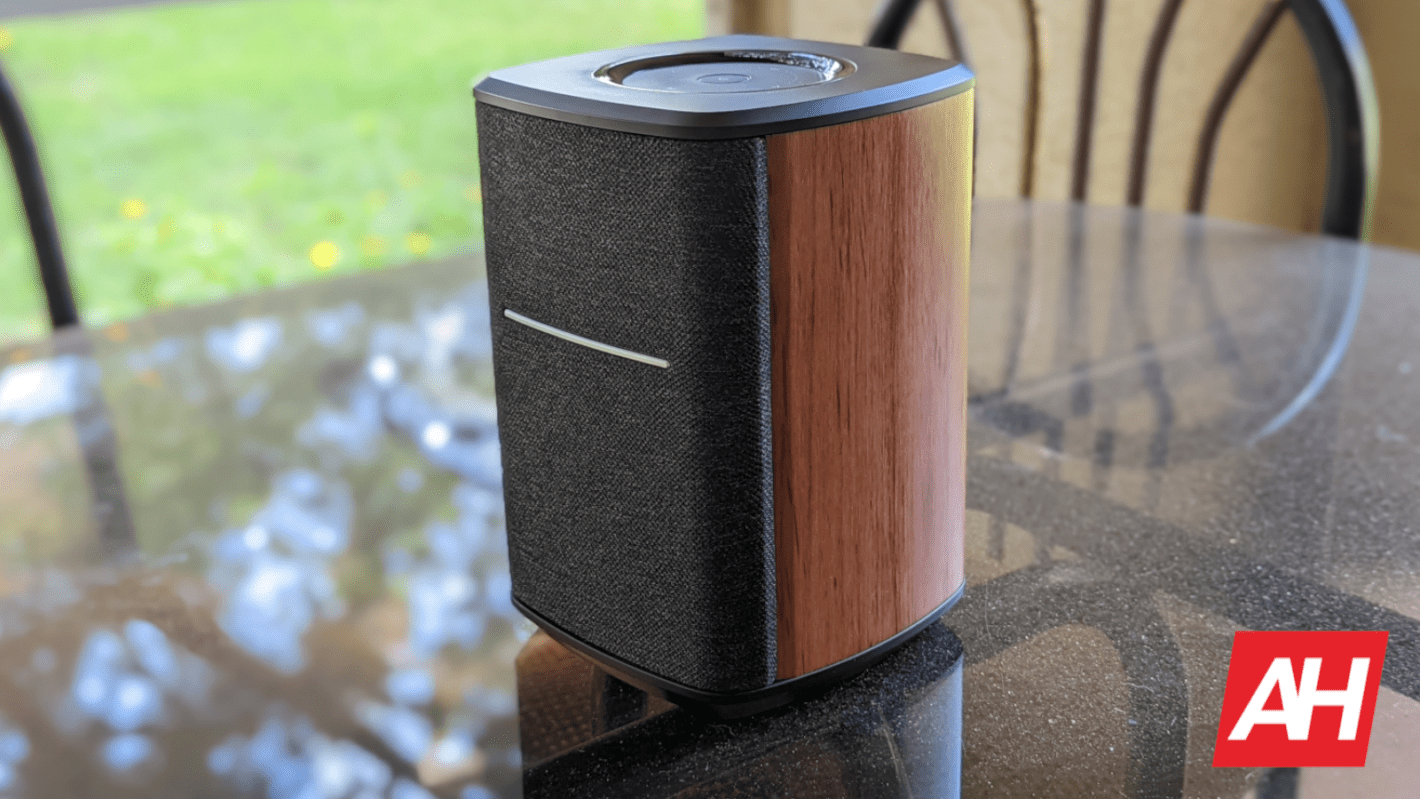 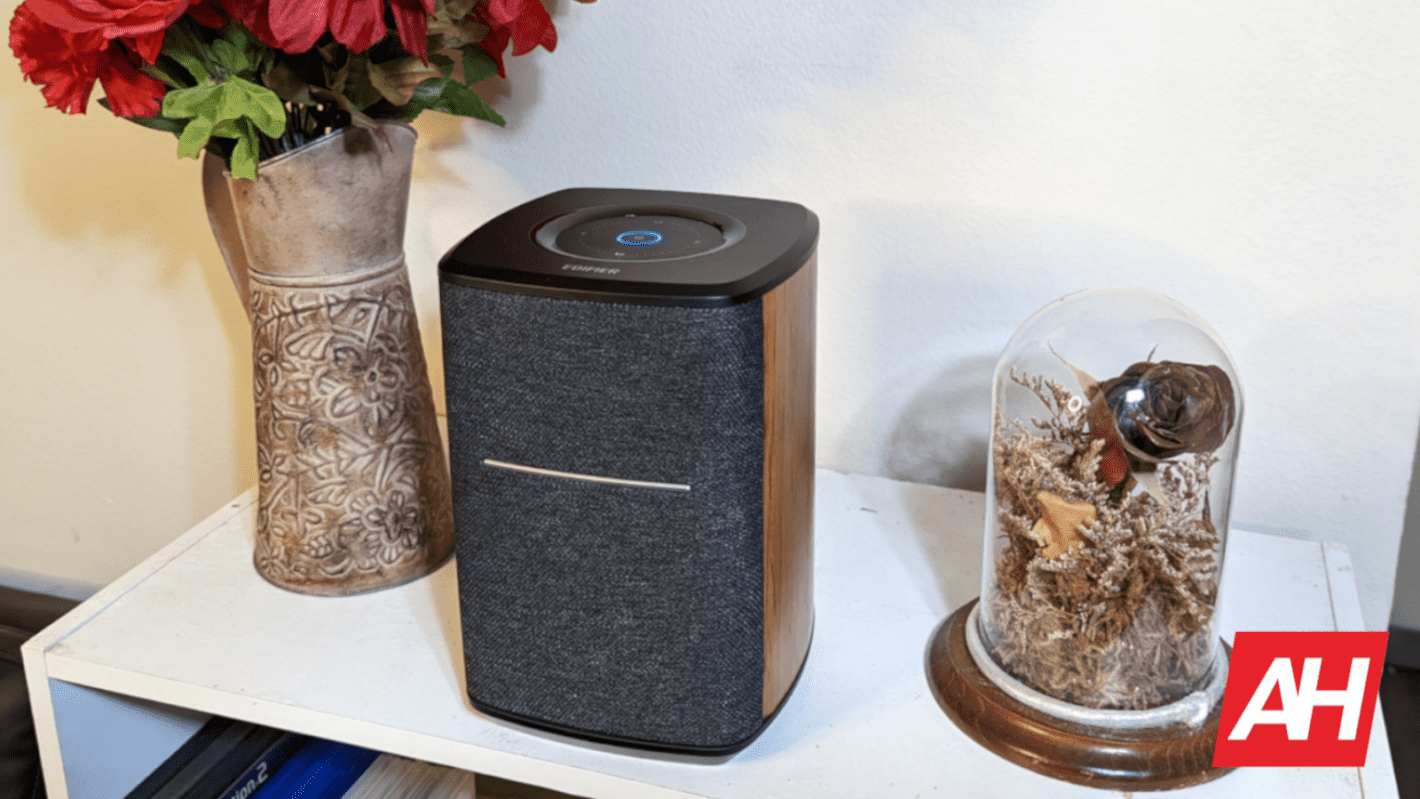 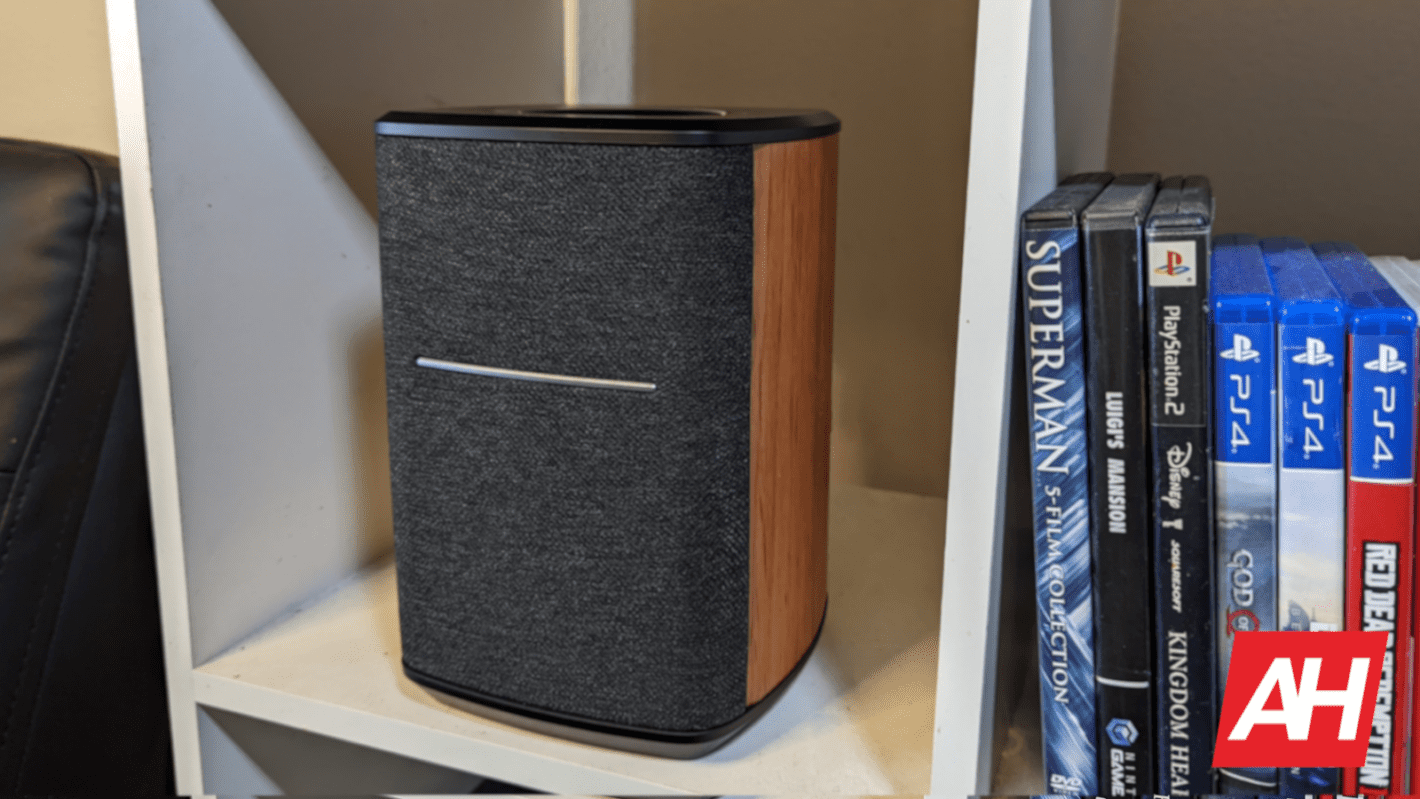 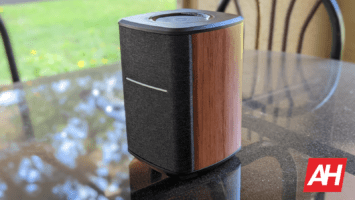 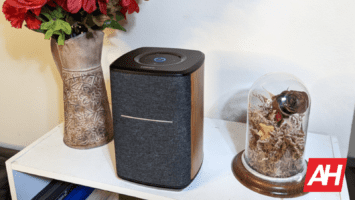 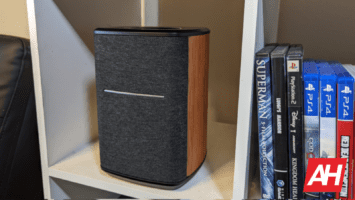 It’s small enough to fit snugly on a shelf or desk. As for the build quality, the Edifier MS50A Wireless speaker is heavier than it looks. This lets you know that it’s not made from cheap materials. Everything from the mesh to the top plastic to the body has a premium feel to it.

Controlling music is a sinch

One of the more premium features of this speaker is the set of capacitive controls at the top. You’ll see the play/pause, track skip, and mode controls surrounding the power button. It’s touch-sensitive, so you don’t need to press them, just tap.

The controls will take just a minute to learn and get used to. The play/pause button is obvious. For skipping tracks, you tap the right arrow to skip forward and the left to restart the track. If you want to go back a track, you hold the left arrow. 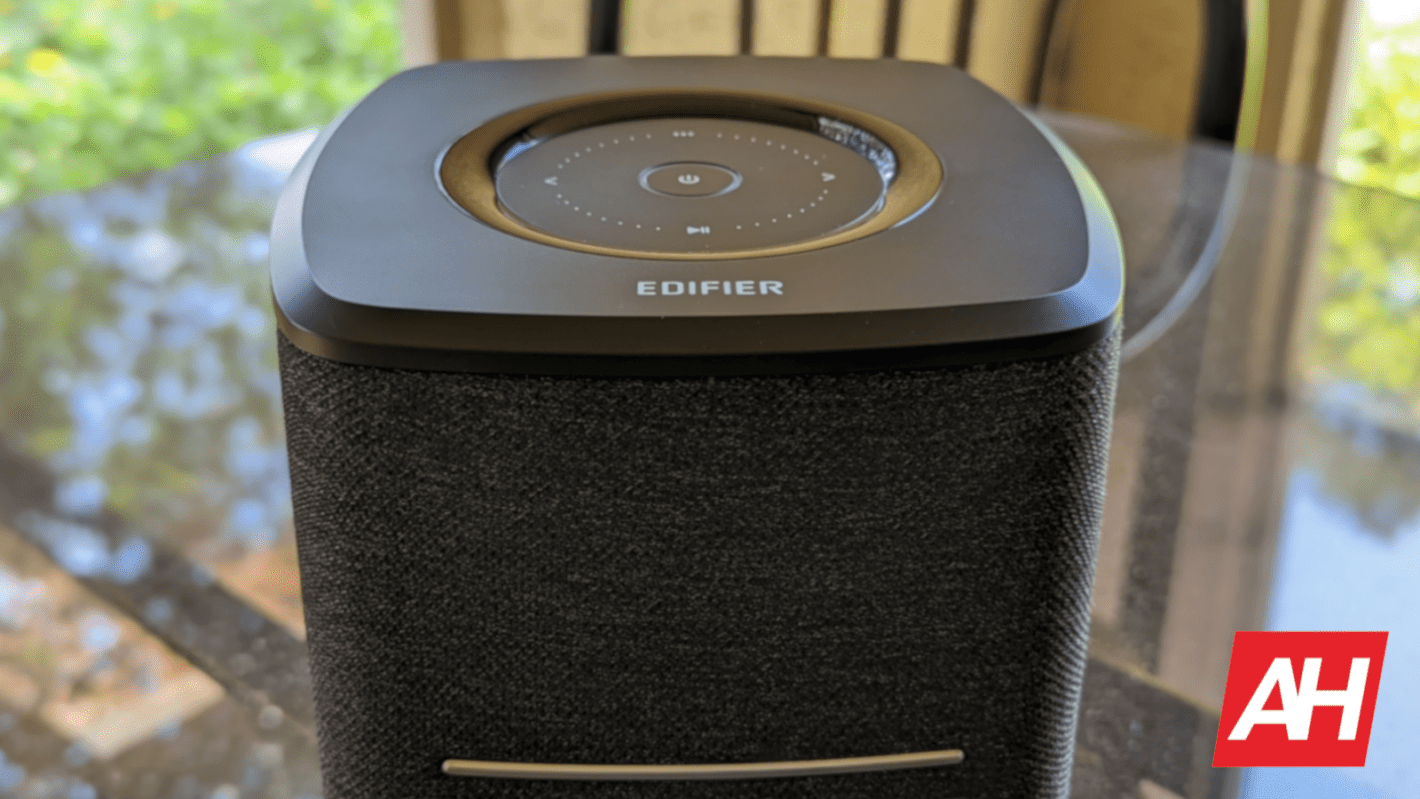 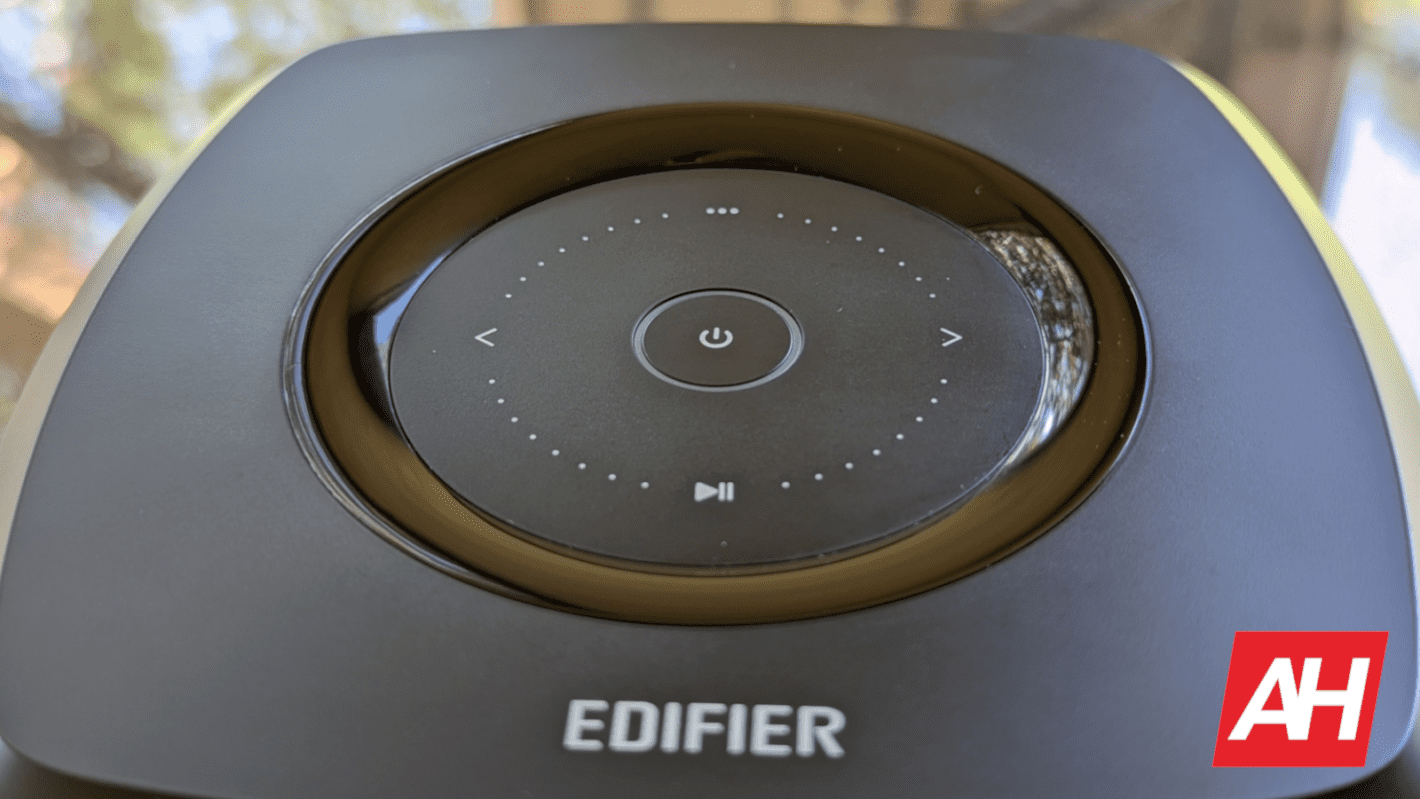 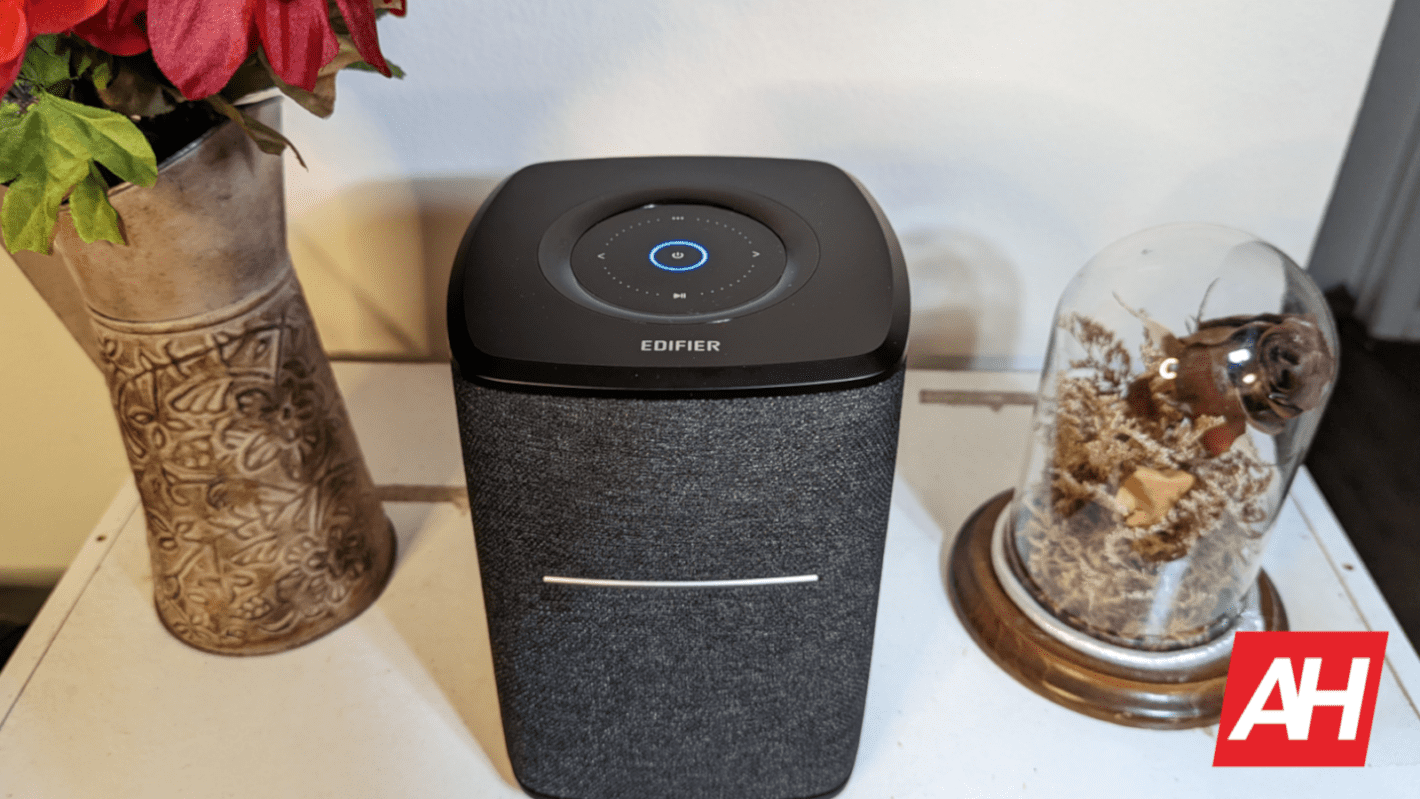 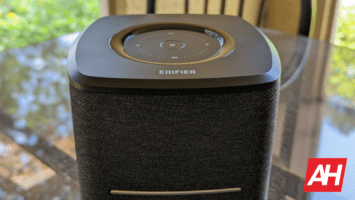 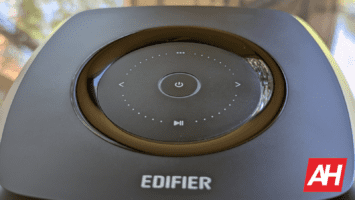 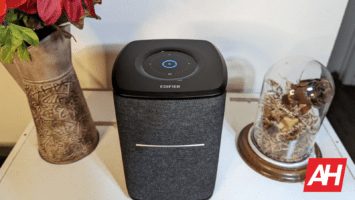 If you want to change the volume, you’d take a finger and slide it around the ring. You slide clockwise to raise the volume and counter-clockwise to lower it. It’s neat, but one complaint that I have is that there’s no audible tone that indicates the current volume. You either have to unlock your phone or trust that it’s at a decent volume for the environment.

One of the major selling points of this speaker is the inclusion of Amazon’s Alexa. This is one of the major voice assistants out there with a ton of different functions you can use. You can connect this speaker to your Alexa account and that affords you some of Alexa’s functionality.

When you use the speaker in Wi-Fi mode, you’ll be able to use Alexa as a hub for your streaming. The Alexa app can access services such as Amazon Music, JoyFM, Spotify, Apple Music, Apple Podcasts, Pandora, Deezer, Saavn, SiriusXM, Tidal, and Vevo. 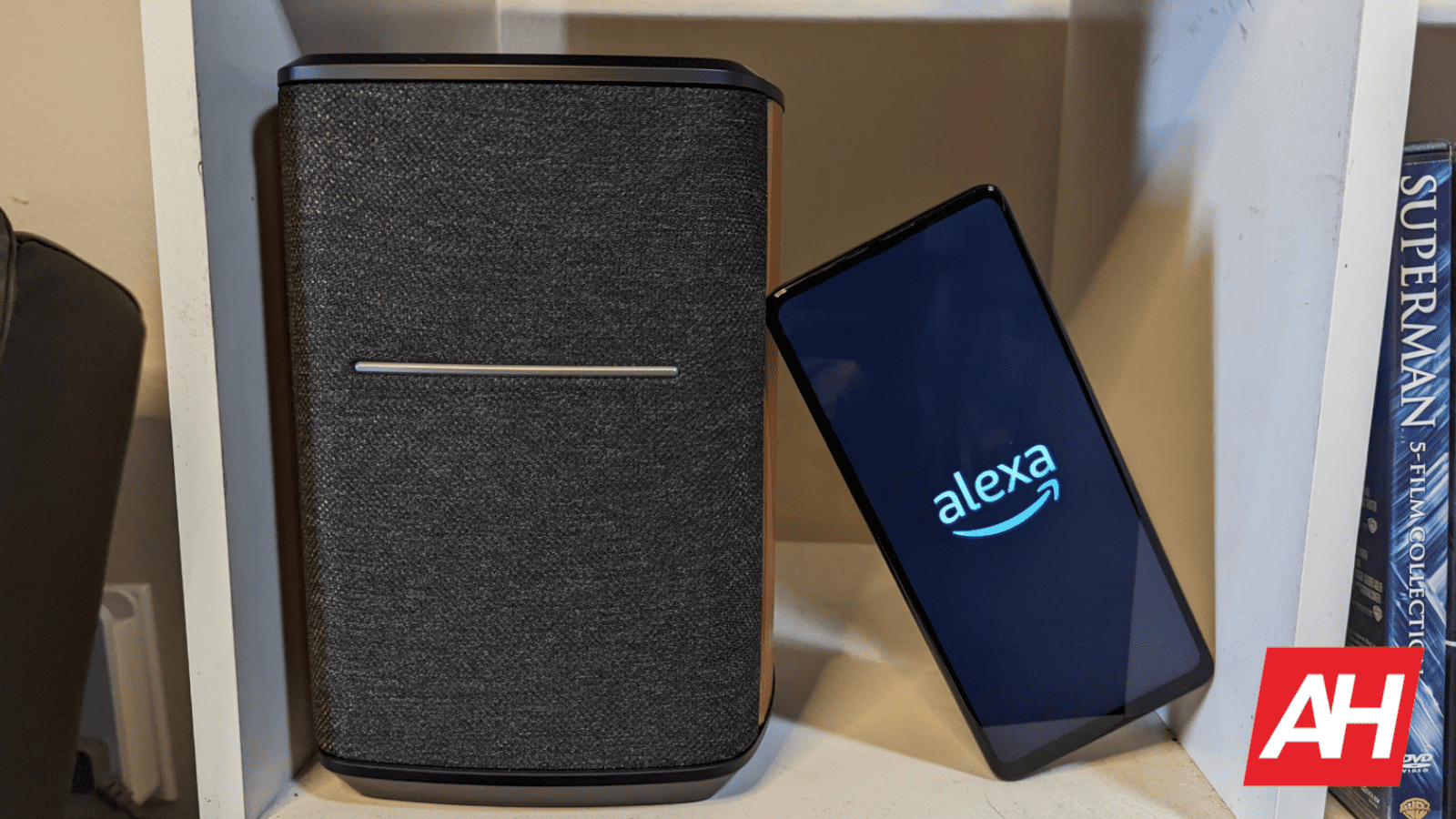 One neat thing about using the speaker in that mode is that you can play different content on your phone and the speaker. You can listen to audio on the speaker without interrupting what you’re listening to or watching on your phone.

Also, when you make reminders or use routines, you can set it so that Alexa sounds through the speaker.

But… there’s one glaring omission

Having Alexa is nice on this speaker, but the Edifier MS50A does not come with a microphone. This means that you’re not able to use it as a smart speaker. You can’t summon Alexa with your voice or interact with the assistant. This means that you’ll only be able to hear Alexa’s voice through the speaker and play music/podcasts.

So, why did Edifier choose to not include a microphone? Well, on the website, it states that it’s to maintain your privacy. That’s actually a solid reason, as voice assistants tend to send voice data back to their parent companies. People don’t really like that, so leaving out the microphone seems like a good call.

However, we can’t overlook the gap in functionality created. So, while the Edifier MS50A does connect to your Alexa account, you won’t be able to use it as a smart speaker. It’s good for people who prioritize privacy, so you’ll have to think about what Alexa means to you.

How does it sound?

Now, I can wax about the design and the features all day long, but the most important aspect of the feature is the sound. The Edifier MS50A is a pretty portable speaker; it’s rather small, but you shouldn’t let that fool you. This speaker can produce a really powerful and punchy sound. It can really fill a room when the volume is turned up more than halfway.

Digging into the sound, there’s a heavy emphasis on bass with this speaker. That’s a common theme with a lot of speakers that launch nowadays. The added bass gives more weight to louder and more percussive music. It can also boost action scenes in movies should you use it for movie night. 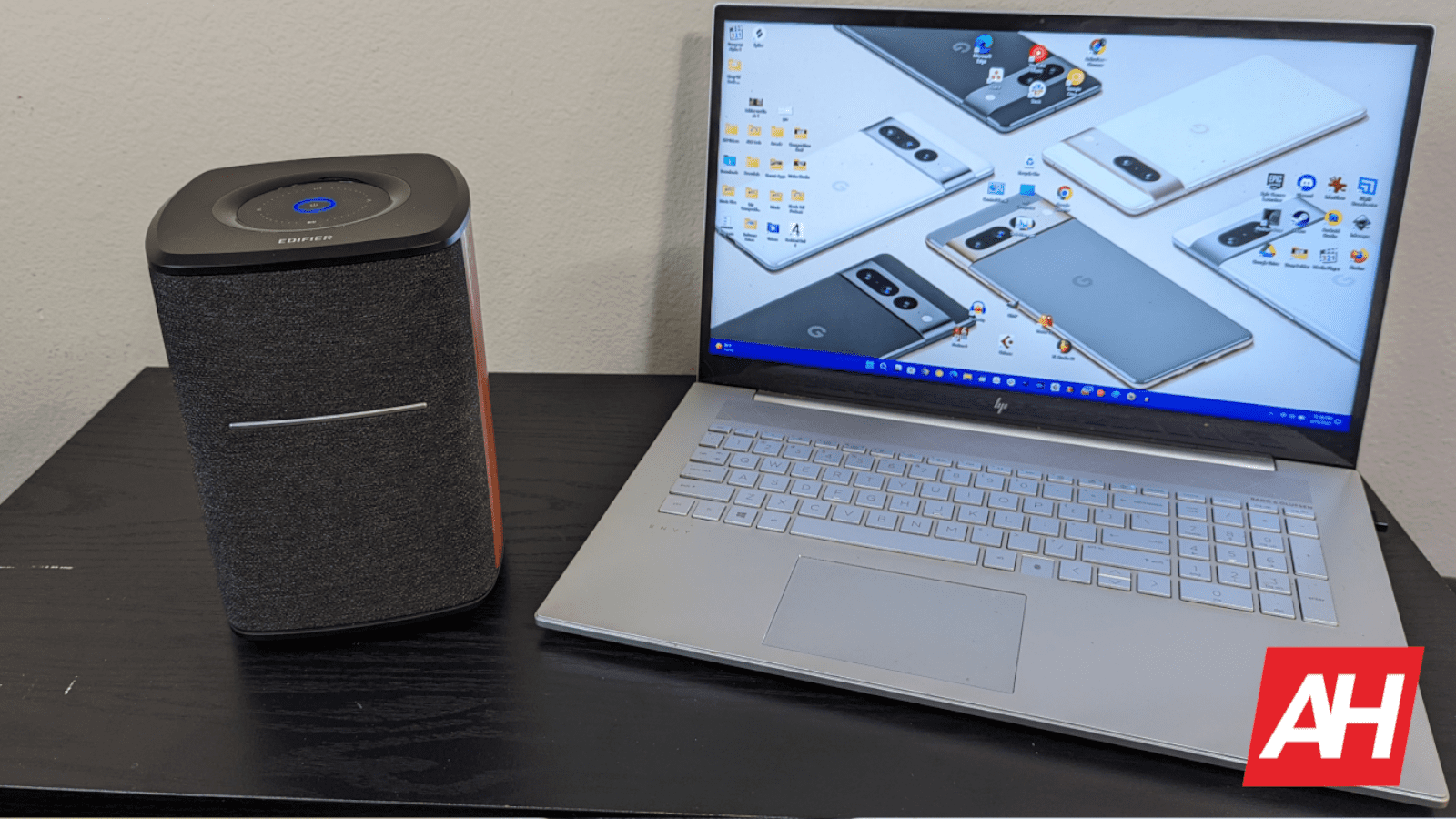 The same goes for vocals. Singers’ voices come out crisp and clear over the powerful bass. Topping it off, percussion was also able to ring through crisp and clear. If you’re listening to more modern music, then this speaker is perfect.

However, it’s important to know that the added bass is both good and bad. While the sound was great for modern music as well as 70s, 80s, and 90s pop, rock, etc, it doesn’t perform great with orchestral music. This means that film scores and classical music won’t sound as good.

The added emphasis on the low-end can give the lower instruments a bit of rumble that muddies up the sound quite a bit. Also, the higher instruments can struggle to cut through the bass. If you want to listen to some pop, it will sound great, but instrumental music will sound like it’s playing through a blanket.

Don’t get me wrong, it’s not bad; it just shows that this speaker was tuned for more modern music.

Should you get the Edifier MS50A?

The fact that it doesn’t come with a microphone does complicate things just a bit. If you’re looking for a true-to-form smart speaker, then this speaker is not for you. Alexa is incredibly useful, but 80% of her usefulness is tied up in her ability to hear you.

However, if you’re a person who’s just looking for a speaker, and you don’t mind a few extra features, then this speaker is perfect for you. That remaining 20% of Alexa’s functionality adds to the whole experience if you want to hear Alexa’s voice from more places.

If you’re looking for a stylish and elegant speaker that can blend into the decor, and you also like to listen to more modern music and want just a little more than a standard Bluetooth speaker, I recommend that you get the Edifier MS50A.