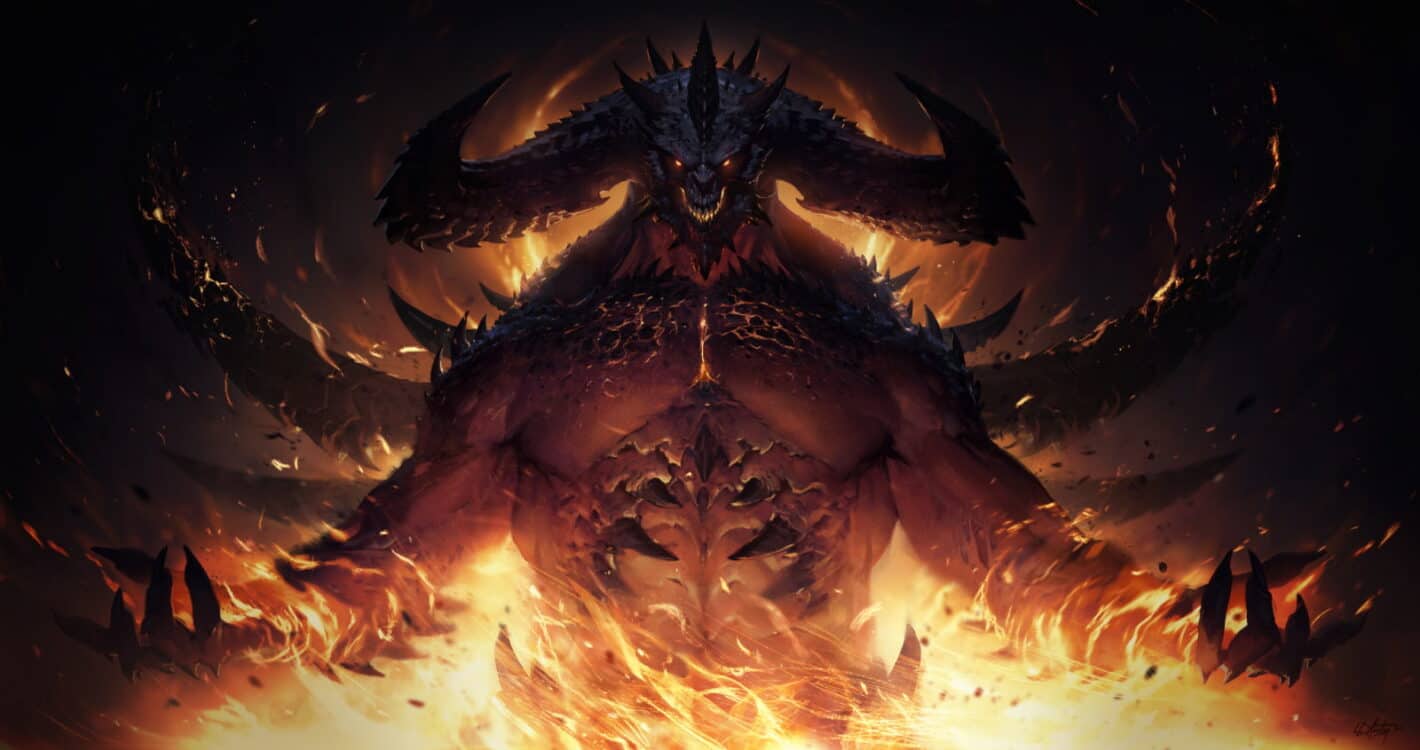 Diablo Immortal has been out for almost a week now and there are a few very apparent things, like the core gameplay loop being amazing. It’s also very apparent that the game is infested with a much more ancient evil than the one we’re fighting in its story – Greed.

As a free-to-play game Diablo Immortal certainly has to have a way to monetize. Naturally. No one in their right mind expects the development team to provide all of this content for free and never make a dime. In a live-service MMO game no less, which will continue to get content updates for who knows how many years.

But there’s a fine line between finding a sustainable monetization model that benefits the developers without trying to manipulate its players, and dragging the good name of a storied and popular franchise through the dirt just to make a buck. Diablo Immortal is currently doing the latter. Catering to big money spenders while leaving its free-to-play players behind to languish. Of course, there’s more nuance than that. So let’s break things down.

Diablo Immortal gameplay is excellent, the greedy micro transactions are the problem

When you step into a Diablo game as a fan of previous titles in the series, there are a few core tenets you expect to be there. A satisfying gameplay loop that allows for devilishly fun demon slaying, for one. For another, you probably expect to be somewhat enthralled by the story. Above all though, you expect loot. Lots, and lots of loot. Diablo Immortal is a game in a series that’s built around grinding for better and better loot, after all.

Diablo Immortal technically has all three of these things. Fun gameplay? Check. A cool story with great voice acting? Check. Tons and tons of loot? Check. The problem though is that the best loot in the game is effectively locked behind paying vast sums of money.

No, you can’t buy gear from the auction house. And the in-game shop isn’t selling you gear with better stats. To get gear, you do actually have to play the game and acquire it from drops. But what you can pay for are the legendary crests that you’ll need if you want the best possible legendary gems to socket into your gear. Which by the way can drastically increase the stats on your gear for even greater power. You also have a chance to acquire legendary gear from Elder Rifts, but crests don’t seem to impact the drop chances at all.

That 75.395% chance for a legendary gem drop is only for a 1-star gem. The same and only gem rank you can get from rare crests being used. The only way to get the game’s best gems, which are the 5-star rank, is from legendary crests. Which give you a 4.5% chance to acquire one if you complete an Elder Rift with those crests applied. As mentioned, the more legendary crests you apply, the more chances you have to get those gems. With each crest having their own separate chances for dropping said gems.

There’s also a chance you could spend loads of money on crests and get absolutely no 5-star gems at all. As outlined by GameRant. Who mentions a Twitch streamer from New Zealand that has already spent nearly $5,000 USD at the time of writing and gotten no 5-star legendary gems.

Why do these ranks matter? How much of a power increase is a 5/5 5-star legendary gem over a 2/5 5-star legendary gem? Can you upgrade these gems? How do you upgrade them? There’s a lot of really confusing information about how the gems work and how they increase your stats. And quite frankly it’s a lot to wrap your head around. You can find a decent explanation of this system here in this Reddit thread from user u/micr0nix.

Bellular News over on YouTube also does a great job at explaining how the current legendary gem system has the potential to become a money sink for players. Especially given a few other factors like Resonance power and Awakening power.

Keep in mind that the research discussed in the video above is based on loose math and is not based on guaranteed numbers. The point is that all of these micro transactions systems are built around predatory practices that are designed to entice players to spend more and more and more money. And that’s where things feel a little sad. Because the game is really, really good. And it feels marred by the amount of micro transactions that are woven into the game’s design.

There’s nothing wrong with liking the game

I just want to make sure it’s clear that I don’t think there’s anything wrong with liking Diablo Immortal. The Diablo Immortal gameplay is extremely fun. And I know just from discussions with Game Director Wyatt Cheng and other team members that a lot of passion and blood, sweat, and tears went into making this game what it is.

Years of effort went into providing players with a really cool Diablo experience on mobile that can be taken with you anywhere. I’ve been a huge proponent for Diablo Immortal since the very first announcement. Even more so after I got the chance to play the game during its technical alpha and two subsequent tests, the closed alpha and closed beta.

The game is good. Core gameplay is what you want it to be from a Diablo standpoint. And a lot of the MMO aspects feel like great additions. There’s polish. There’s many hours of meaty content that cause you to not want to put the game down. So again, there’s nothing wrong with liking Diablo Immortal. Because it’s truly a good game.

What there is something wrong with is trying to manipulate players into spending obscene amounts of money to reach endgame content. And if you don’t spend, progression slows to a crawl. Now my own personal experience with this slowdown is minimal. Since I haven’t hit level 60 yet. But based on everything I’ve seen so far since launch from players who have reached this point, it doesn’t seem great.

Can the game’s MTX issues be fixed?

It’s tough to say. Even if Diablo Immortal offers good gameplay, the severity of the micro transactions leave the game with a stain that will be hard to wash out. Not impossible, but not necessarily easy, either.

The monetization model is built around the legendary gem system in such a way that I can’t imagine how Blizzard and the Diablo Immortal development team could revert it to something else. Or if they even want to. I don’t know how you would fix this sort of system to where it seems more fair for the free-to-play player.

Is Diablo Immortal worth your time?

I would say yes and no. As it really all comes down to what you would want out of the experience. While I don’t agree with any of the ways Blizzard has monetized this game, that doesn’t change the fact that Diablo Immortal offers fun gameplay. I myself have dumped well over a hundred hours into playing it over the course of the three tests from early this year and last year.

And I’ve convinced a few friends to play it with me now that the game has officially launched. Because I genuinely believe this is a good game that’s better with friends. But, I also think that where its value in terms of time spent playing really lies is in the story. Enjoy Diablo Immortal for the campaign, the Helliquary raids, and other PvE content. Maybe the future content to come.

But if you’re interested in min-maxing your gear and stats, topping the leaderboards on high-level Challenge Rifts, or ranking high in PvP, you may want to look elsewhere. Because it feels like there’s just no way anyone can match up to the level of power from players who are willing to spend exorbitant amounts of money to buy more crests and gain more chances for the best gems with the best stats.

With regard to Diablo Immortal’s micro transaction problem, it feels like this is a scheme created by Diablo himself in some sort of hellish nightmare. While I love this game, as I’m sure many others do, the predatory practices applied to the monetization are not ok. And no one should be willing to accept this as the norm. For any game, let alone for one that’s tied to a fan-favorite franchise like Diablo.