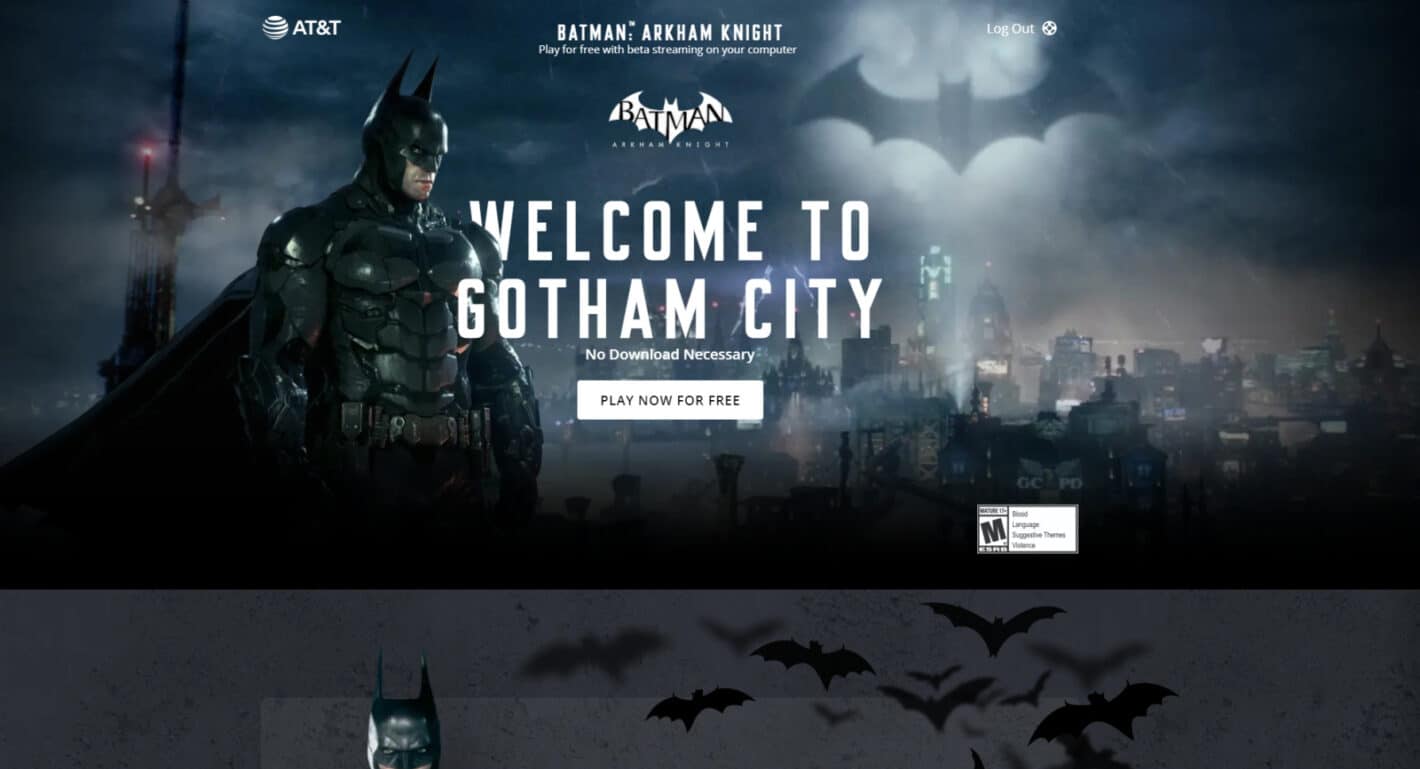 Last Fall AT&T started offering Batman: Arkham Knight as a free streaming game using Google’s Immersive Stream technology, which Stadia is a result of. There was basically one requirement. You needed to be an AT&T subscriber. If you were, you would be able to go to a dedicated web page that AT&T set up just for the game. You would log in with your AT&T account credentials and then click or tap play.

That was it. As long as you had a decent enough connection to the internet, you’d be gliding your way through Gotham city as Batman laying the smack down on criminals. Also worth noting is that you could access this game on both mobile devices and PCs through the web browser.

That meant you had the option to play at home or on the go no matter which device you were using. Hopefully you had your fun with Arkham Knight on AT&T’s dime. Because the carrier has no shut down access to it.

The removal of Batman: Arkham Knight from the AT&T Immersive Stream offering seems to have happened within the last week, according to 9To5Google. AT&T doesn’t appear to have given any formal explanation as the removal at this point. Nor is it clear if the carrier ever plans to.

Will AT&T ever bring it back? Probably not. But it is likely that other games will fill the void. In fact, Control Ultimate Edition is already available to stream through the same offering. AT&T added this game for subscribers back in May.

The game is currently still available to stream if you haven’t had a chance to play it elsewhere. If you haven’t experienced Batman: Arkham Knight yet and you didn’t get the chance to play it through AT&T’s free demo, fear not. It’s one of the available games in the PlayStation Plus Premium and Extra game catalog. And you have the choice to download it or stream it through the cloud. It’s a decent game especially if you’re a Batman fan.