As per a Reddit user in France, Google is ostensibly testing a redesign of the playlist interface on YouTube Music. While the feature isn’t rolling out widely just yet, this gives us an early glimpse of what YouTube’s music streaming app has in store for its users. 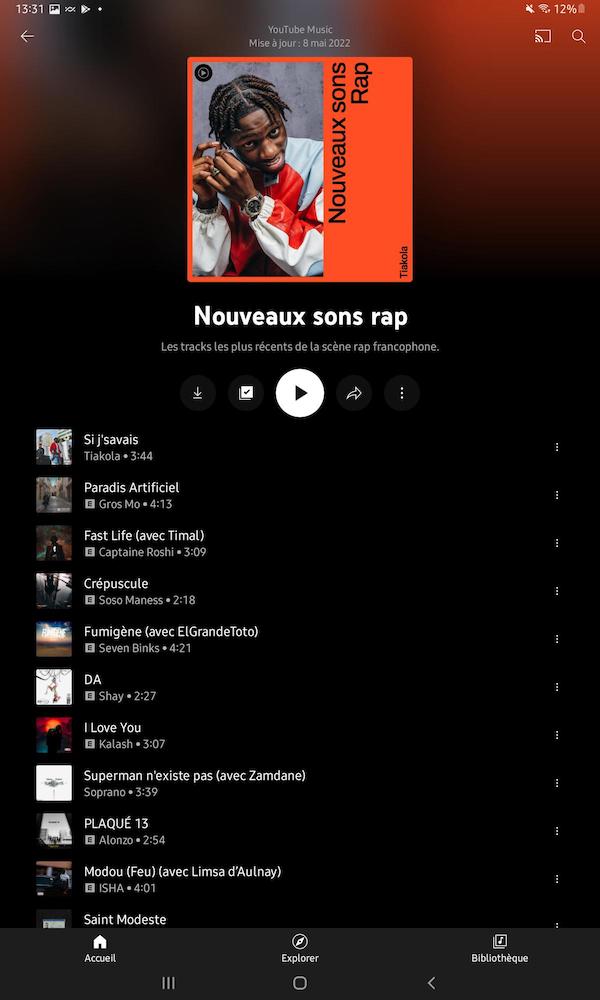 While the playlist redesign looks relatively decent, the shuffle button is conspicuously absent. This means that users cannot randomize the order of their songs, sticking to a specific order instead. Hopefully, upcoming iterations of YouTube Music will include the shuffle button.

Meanwhile, the top portion of the playlist features a blurred version of the cover art. 9to5Google points out that the new playlist design doesn’t mention the number of songs on the playlist. The Reddit user (u/MoistTart3258) claims to have discovered the redesigned playlist on the Galaxy Tab A7 in France, adding that the redesign only appears on playlists and not albums. However, it’s currently unknown if this will be the case going forward.

While it’s slightly odd for a tablet to receive this update first, it’s not unconventional. In most cases, these features are only accessible during beta testing. Given the scope of changes, the redesign may also make it to albums, user-generated playlists, and playlists generated by YouTube Music’s algorithms.

Recently, the YouTube Music app was updated with new homescreen background colors. These colors would change each time the user reopens the app or refreshes the page. With the competition in the music streaming industry heating up, YouTube Music clearly doesn’t want to be left behind.