WhatsApp is reportedly working on a new feature wherein users can save some messages from disappearing. The chat app received disappearing conversations in 2021, letting chats disappear after a predefined interval.

The process of saving disappearing messages on WhatsApp is currently unclear

According to WABetaInfo (via Android Police), this new feature is currently under testing. Although the site managed to capture a screenshot of the feature from WhatsApp Web, the feature will reportedly reach mobile devices as well. The screenshot details a new section called “Kept Messages” under contact information, which is where the saved messages will be located.

This feature has been spotted previously with the WhatsApp beta for Android (v2.22.7.4), so we’ve known about its existence for a while. However, since the new Kept Messages section is still under development, there’s no word on when it will reach devices. Hopefully, the chat app will have more information to share in the coming days. 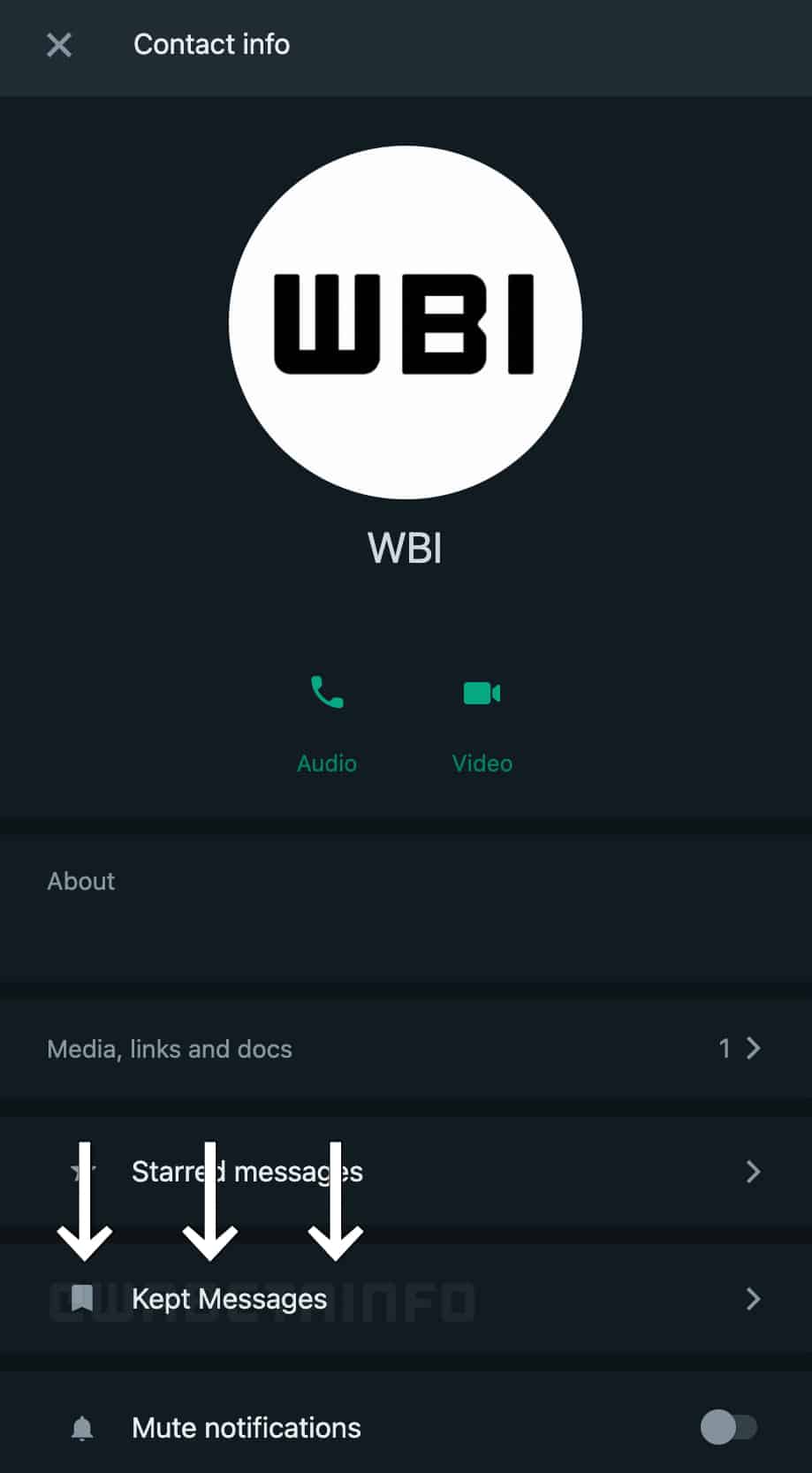 We’ve known about WhatsApp testing disappearing messages since at least mid-2020. However, the feature didn’t see a wider rollout until last year. Since then, the company has brought multiple tweaks to the feature, providing more control to the users.

Allowing users to automatically save photos/videos sent via disappearing chats was a big loophole that needed fixing. More importantly, it defeats the purpose of self-destructing messages. It’s a safeguard that should’ve been in place when the feature first debuted. Thankfully, the Meta-owned messaging app managed to set things right eventually.

WhatsApp users have also started witnessing message reactions, allowing users to react to individual messages with a bunch of emoji. This saves the trouble of typing out an entire reply and lets users convey their emotions with minimal effort. While this feature was initially limited to some regions, it has since started rolling out more widely.