WhatsApp is working on adding rich previews to the links that are shared to your status in the app. The feature is seen on WhatsApp beta for iOS, and it’s still in development. That basically means it’s on its way to Android as well..

In recent months, WhatsApp has been busy with adding many new features to its platform, including Message Reactions, 2GB File Sharing, and a polling feature. But the Meta-owned messaging app won’t stop here and wants to bring new features. One of the recently-discovered features is the ability to show rich previews for links on the status.

As you can see in the screenshot, the difference between a regular link preview and rich preview is visible. The rich preview shows more details about the link, such as the title of the page and a brief excerpt. 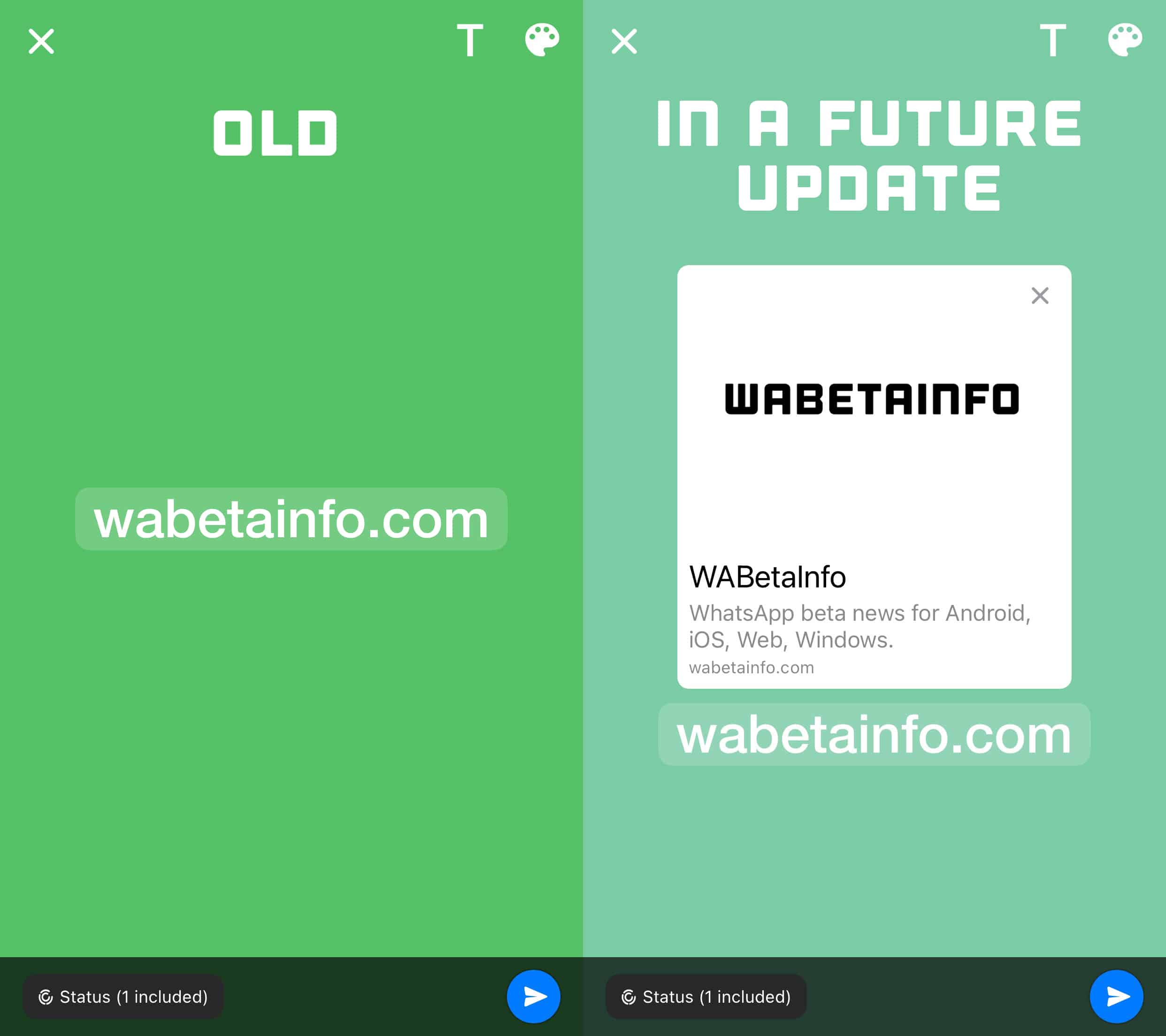 The WhatsApp beta for Android already supports link preview, but it’s not a rich preview. WhatsApp is now testing the feature for both platforms.

The feature will be available to the beta tester in the future update. However, the release date for regular users is still unknown.

The rich preview for links is not the only thing that WhatsApp is working on. A few months ago, we reported about the richer previews documents. A rich preview for documents shows more details about what’s inside the document instead of some genres in information such as file name, file type, and size. The feature was released to WhatsApp beta version 2.22.5.11 or newer for Android.

Moreover, the Meta-owned messaging app has started to roll out multi-device support. The feature allows WhatsApp users to log in to four devices simultaneously.

Recent WhatsApp moves show that the platform does not want to lag behind Telegram, and it’s constantly working to keep up with the competition. In the coming months, WhatsApp users should wait for a bunch of new features to roll out to their devices.