Over the past few months, we have seen WhatsApp test several new features. Some of those features are now rolling out publicly. The company Thursday announced that emoji message reactions, increased file size limit, and larger groups are available on the latest version of the app.

Message reactions on WhatsApp work akin to other messaging apps like Facebook Messenger, Telegram, and Slack. You can long-press on a message to react to it with an emoji. To start with, WhatsApp is supporting six of the most popular and expressive emoji reactions. It will eventually add more reactions with multiple skin tones.

Reactions will help declutter your conversations, particularly in groups with a large number of people. Instead of everyone reacting to a message with a separate emoji message, they can simply react to the original message itself.

Speaking of groups, WhatsApp is also increasing the number of maximum participants in a group to 512. That’s double the previous limit of 256. According to the company, this was “one of the top requests” that it has consistently received. This ability wouldn’t be available to everyone immediately though. WhatsApp says it’s “slowly rolling out” the increased group size.

Along with allowing you to create larger groups, WhatsApp will now let you send larger files as well. It’s not a mere two-fold increase though. You can send files as large as 2GB in size, over a 20-fold increase from the previous limit of 100MB. It’s a much-needed change in today’s world of remote work and collaborations. Perhaps WhatsApp is a little late to the party here, with Telegram allowing its users to send files of up to 2GB since 2020.

Nonetheless, if WhatsApp is your primary messaging app, you’d find these new additions pretty useful. Message reactions and increased file size limit will be available to you as soon as you install the latest version of the app, which started rolling out earlier this week via the Google Play Store for Android devices (link below). Support for larger groups will also gradually reach all WhatsApp users globally. 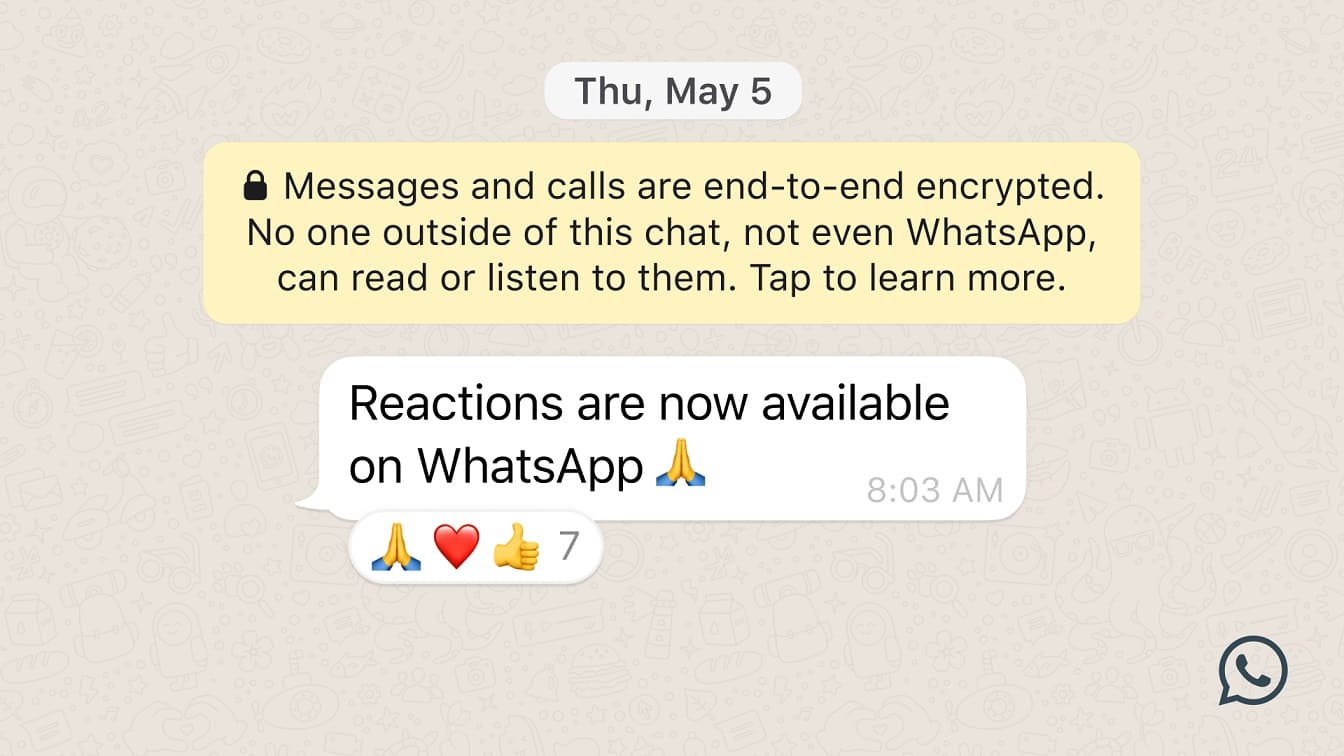 WhatsApp has more to come

WhatsApp also has more new features in the works. The company last month announced that it will let group admins delete “errant or problematic messages” for everyone in the chat. The feature recently became available in the beta version of the app, giving us a glimpse of it. A public rollout should be just around the corner now.

Meanwhile, you can click the button below to download the latest version of WhatsApp for Android from the Google Play Store. If there’s no update available for you, check back again in a few days.