It seems like an interesting new feature is on its way to WhatsApp. WhatsApp may soon allow you to silently exit group chats. In other words, you may be able to leave groups without other users being notified about it.

WhatsApp may soon allow you to silently exit group chats

How does it work now? Well, whenever you leave a group chat, other users will automatically be notified in that chat. This would prevent them from being notified entirely. The only way they’d know, is if they went to check who’s left in the conversation.

Well, this won’t be entirely silent. Group admins will still see the message you left the group, even after this feature arrives. That makes sense, though. And no, it seems like you won’t be able to prevent that from happening.

If you check out the image below, you’ll see what we mean. This was shared by wabetainfo. The source claims that this screenshot was grabbed from WhatsApp beta for iOS, not Android. Still, if this feature is in the works, it’ll be coming to both platforms. In fact, the source says that it’s in the works for both platforms. 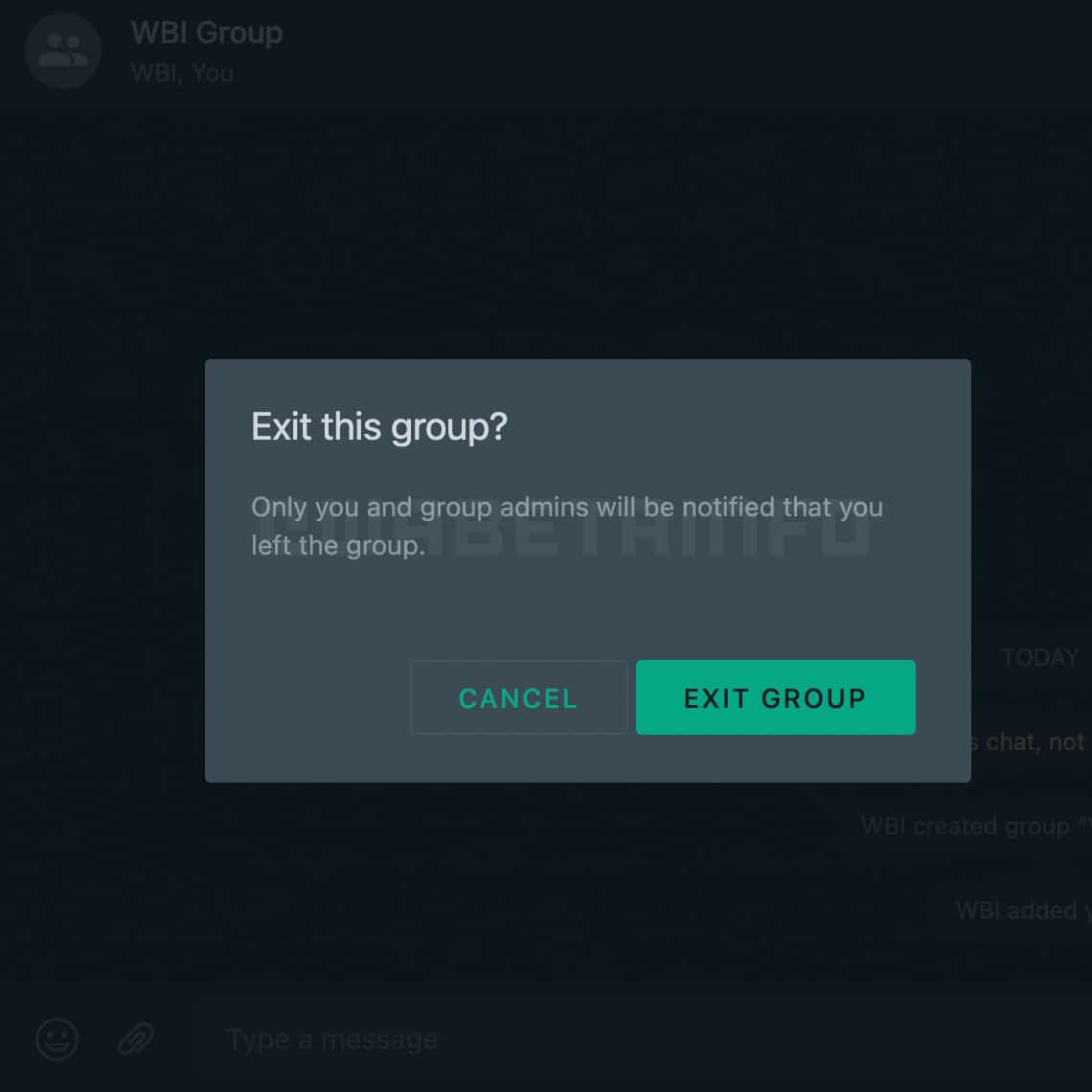 WhatsApp is constantly working on new features for its platform. We’re constantly seeing new, upcoming features, while we’ve also seen quite a few of them presented in the last year or so.

Quite a few new features are coming

Another feature that the company is working on regards to quick reactions to status updates. A companion mode to link a second mobile device feature is also in the works, and the same goes for search filtering options.

As you can see, there are quite a few features coming for WhatsApp.