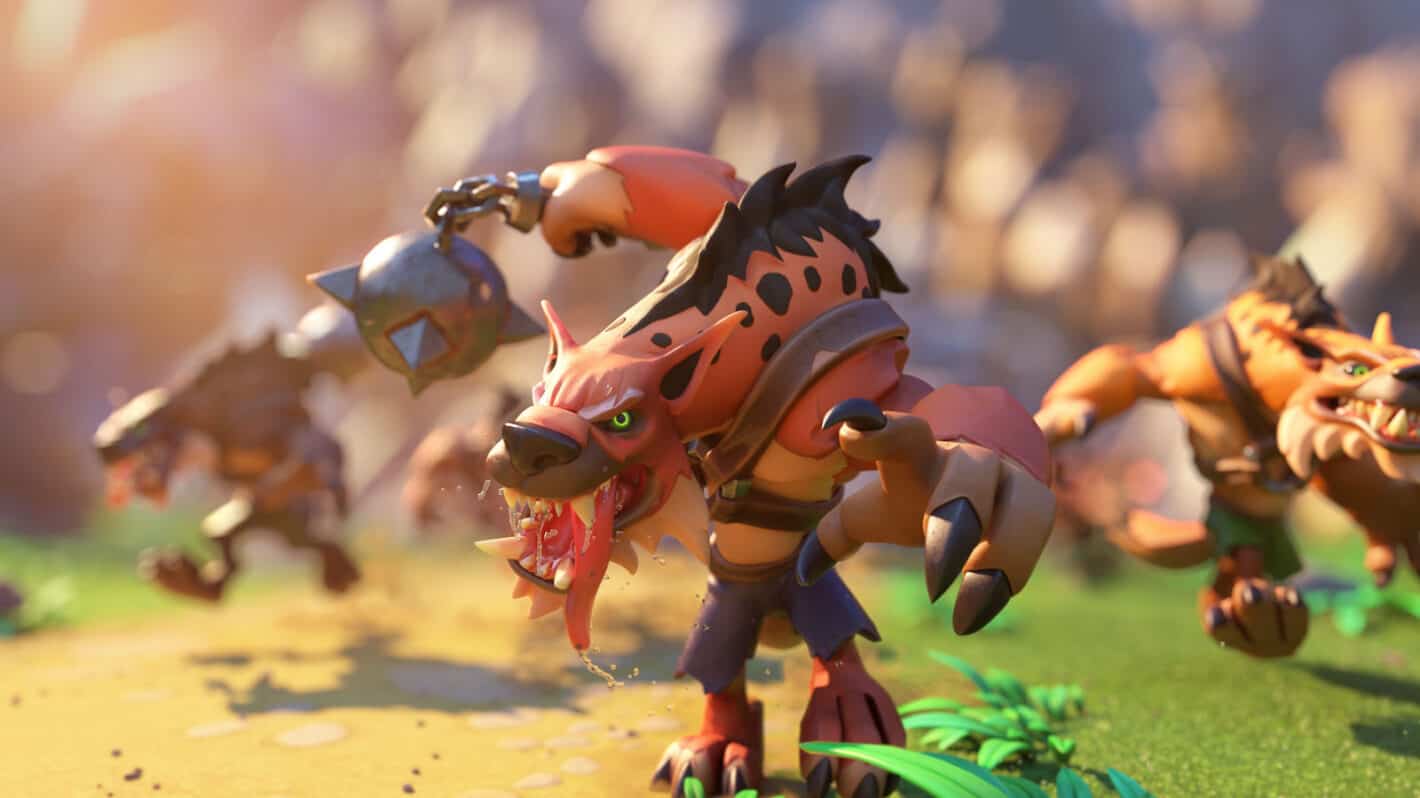 Blizzard’s new mobile game, Warcraft Arclight Rumble, is addictingly fun and I’ve hardly been able to put it down. It’s the most fun I’ve had with the Warcraft franchise in years. That says a lot about both Blizzard’s ability to turn out a great mobile gaming experience and the state of World Of Warcraft, the studio’s long-running MMO. It’s not only still relevant these days, but it’s still popular too. Despite its missteps with the last two expansions.

As someone who’s played World Of Warcraft since vanilla up until mid-way through Battle For Azeroth, you could say I have a fondness for the franchise. And Warcraft Arclight Rumble taps into that fondness with relative ease. Mixing Warcraft’s storied characters and worlds with gameplay that’s fun, engaging, and keeps you coming back. 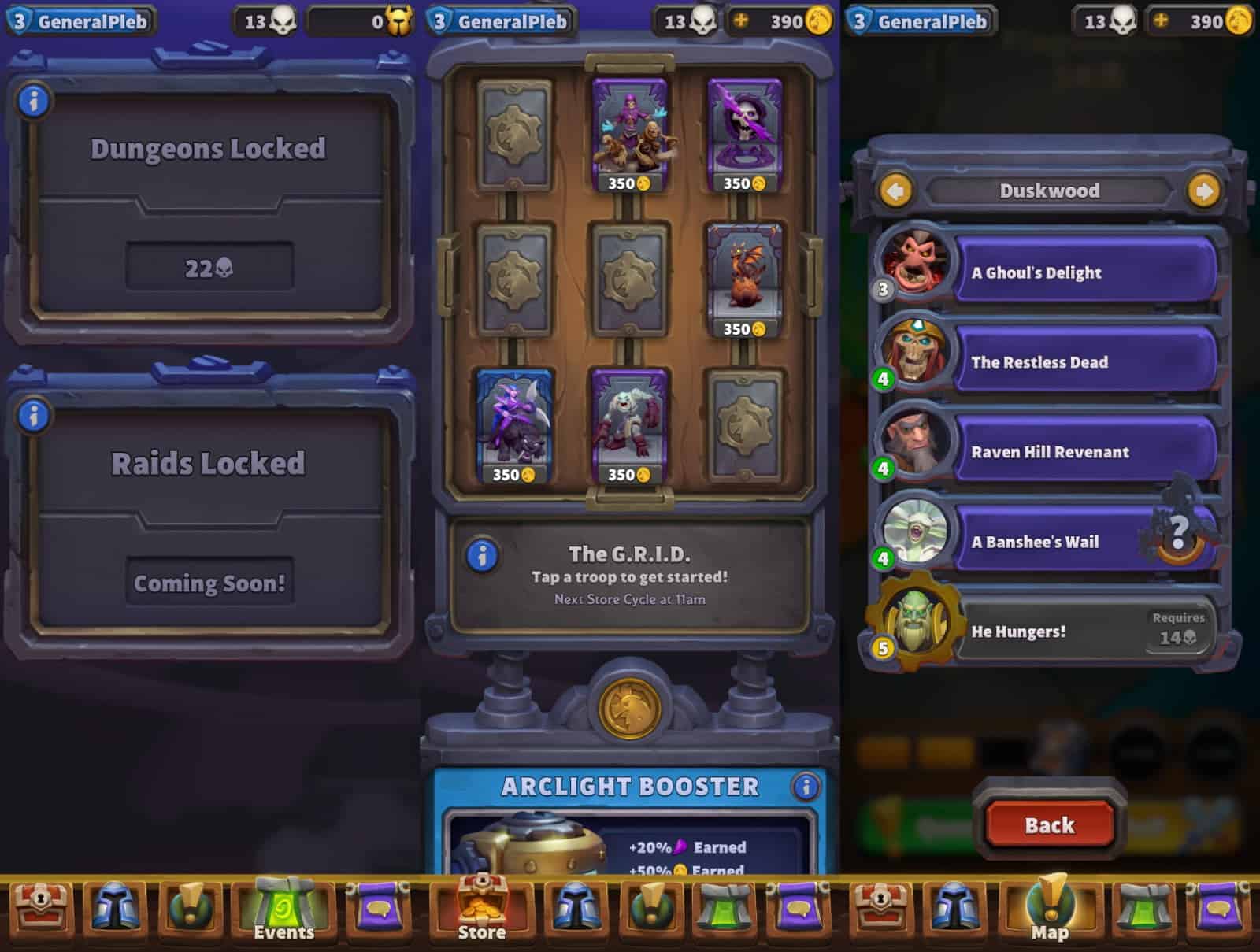 If you love WoW, you will probably like this game. At least if part of what you love about WoW is the lore and the characters. While there’s not a whole lot of narrative here, Arclight Rumble does have a massive collection of characters. And the game’s varied list of maps are all based on locations around Azeroth. From the lush and exotic jungle of Un ‘Goro Crater to the molten landscape of Blackrock Mountain.

These elements of Warcraft Arclight Rumble are what really have the capability to draw you in. Don’t get me wrong. The gameplay mechanics are certainly a lot of fun. But it’s the threads that tie this game to the Warcraft universe that give it that addicting quality and what amplify that fun.

And once you start collecting miniatures and gallivanting around Kalimdor and the Eastern Kingdoms map by map, you’ll probably feel the same way.

Leveling feels a bit grindy, but the game is fun enough to offset that 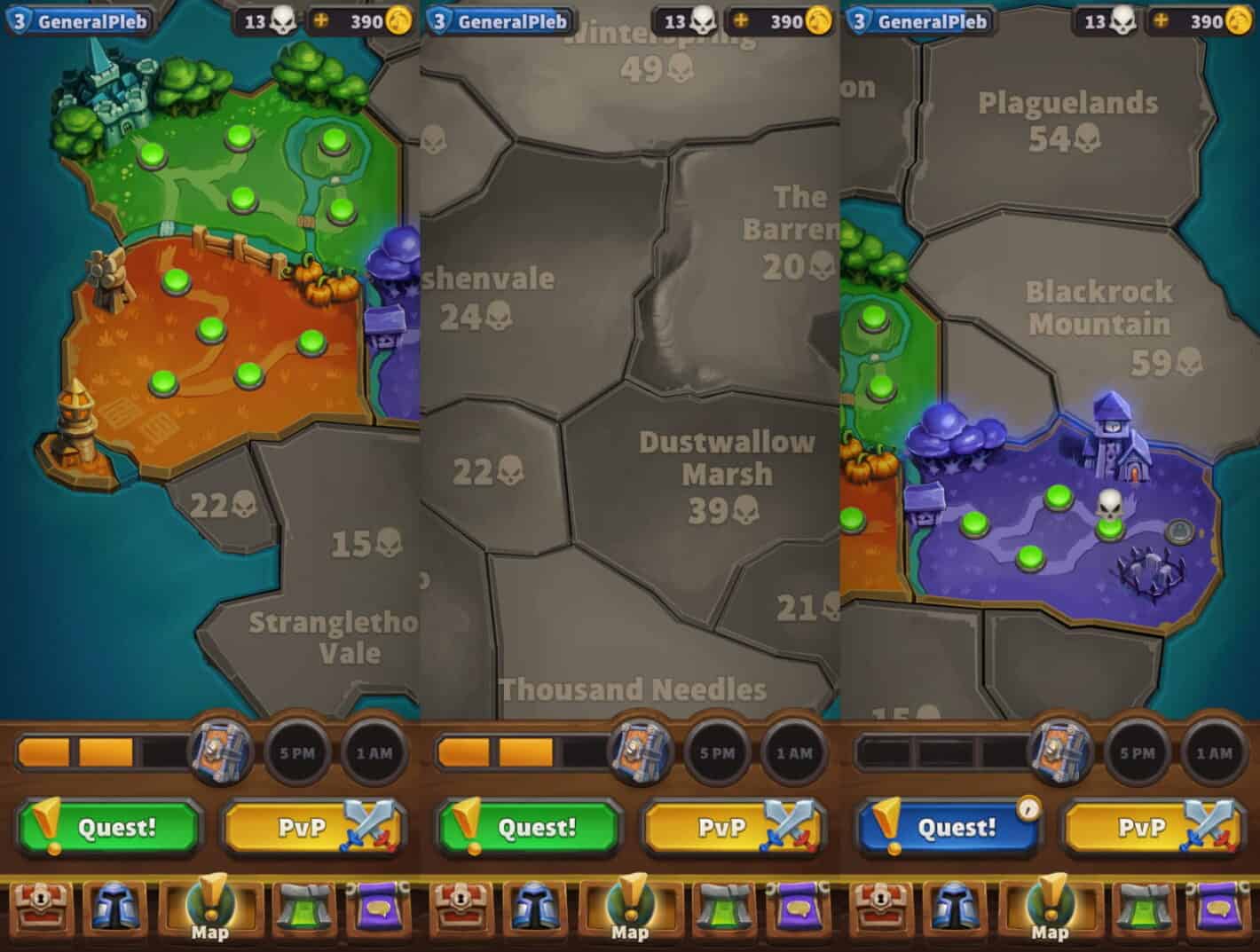 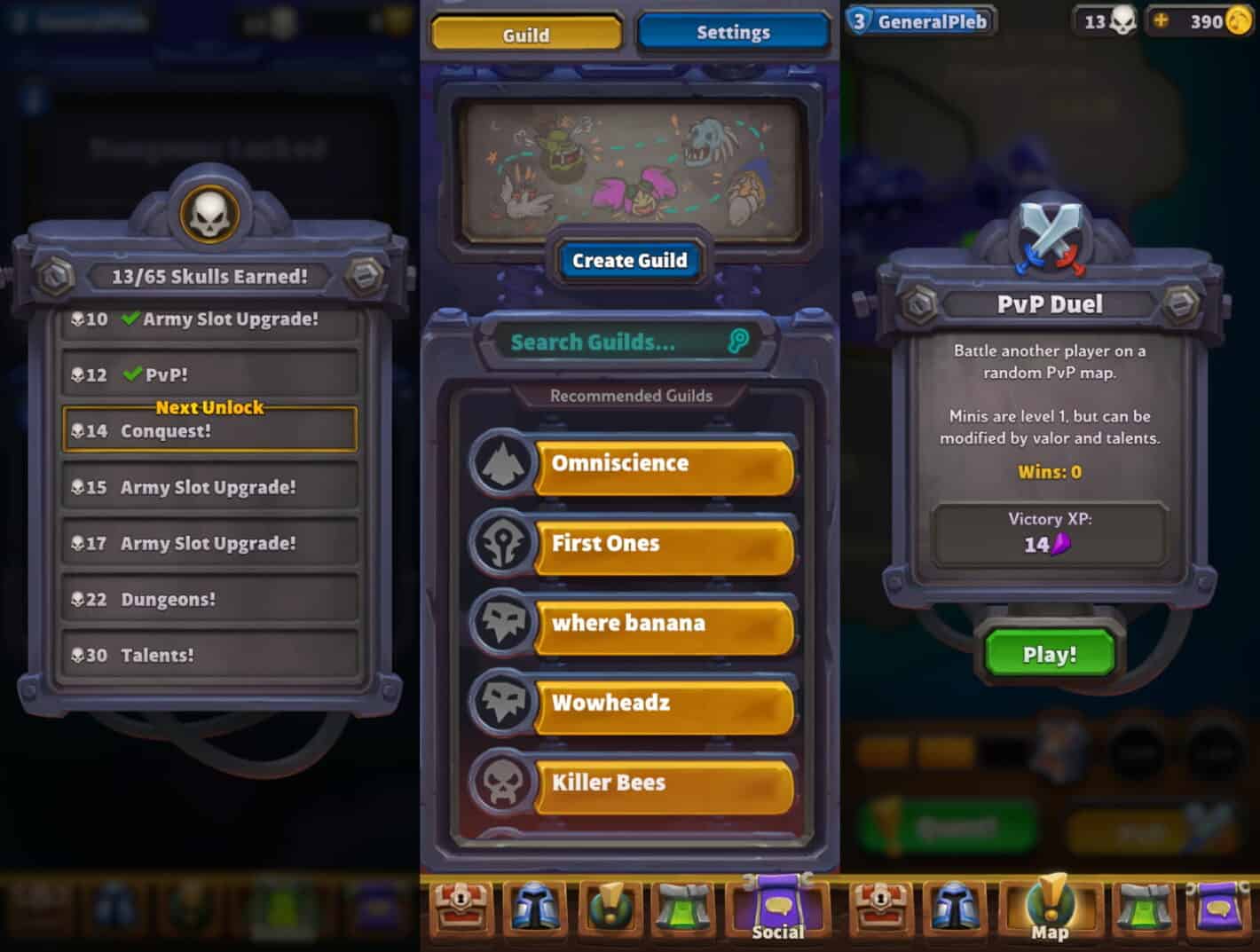 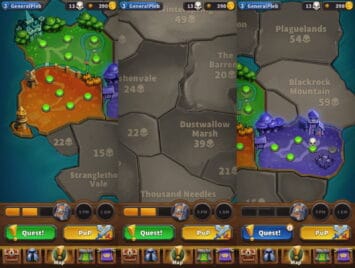 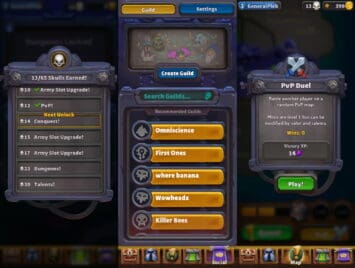 As soon as you pick the game up, you might find it hard to put down and especially if you enjoy tower offense games. As fun as it is though, it’s not free of flaws. Leveling up can feel a tiny bit grindy once you start getting into later zones. I found that this happens kind of early on, realizing that I had to go back to older maps and replay some for additional xp so I could move forward in Duskwood.

The good news is that the game is fun enough to offset what little bit of a grindy feeling it has. And other elements like quests can help you level up a little quicker if you want to. In fact, quests are so far, one of the best features that Warcraft Arclight Rumble has to offer. That is until dungeons and raids are unlocked. Which I suspect will be the most fun thing about the game.

Quests can provide you with ample rewards, do them often 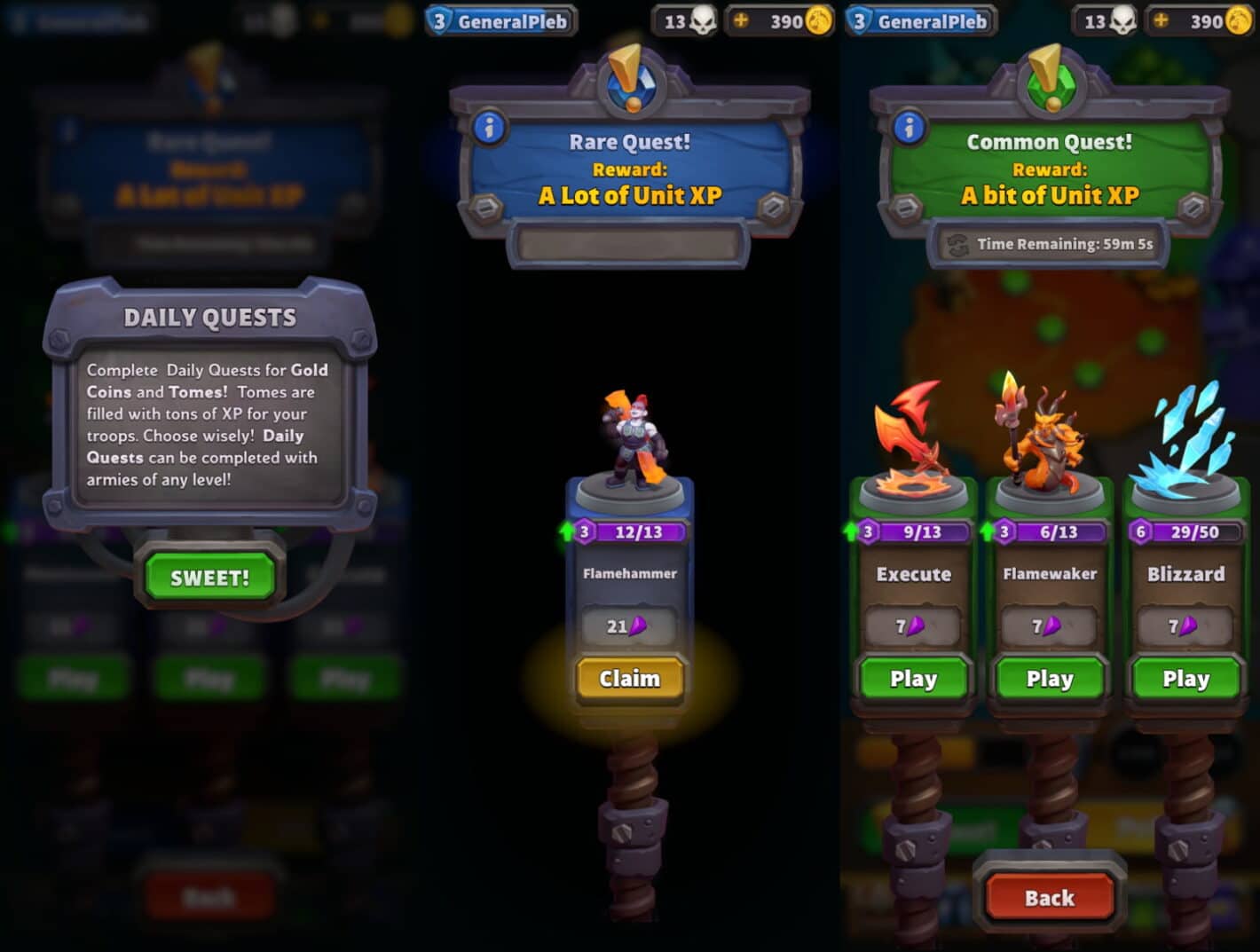 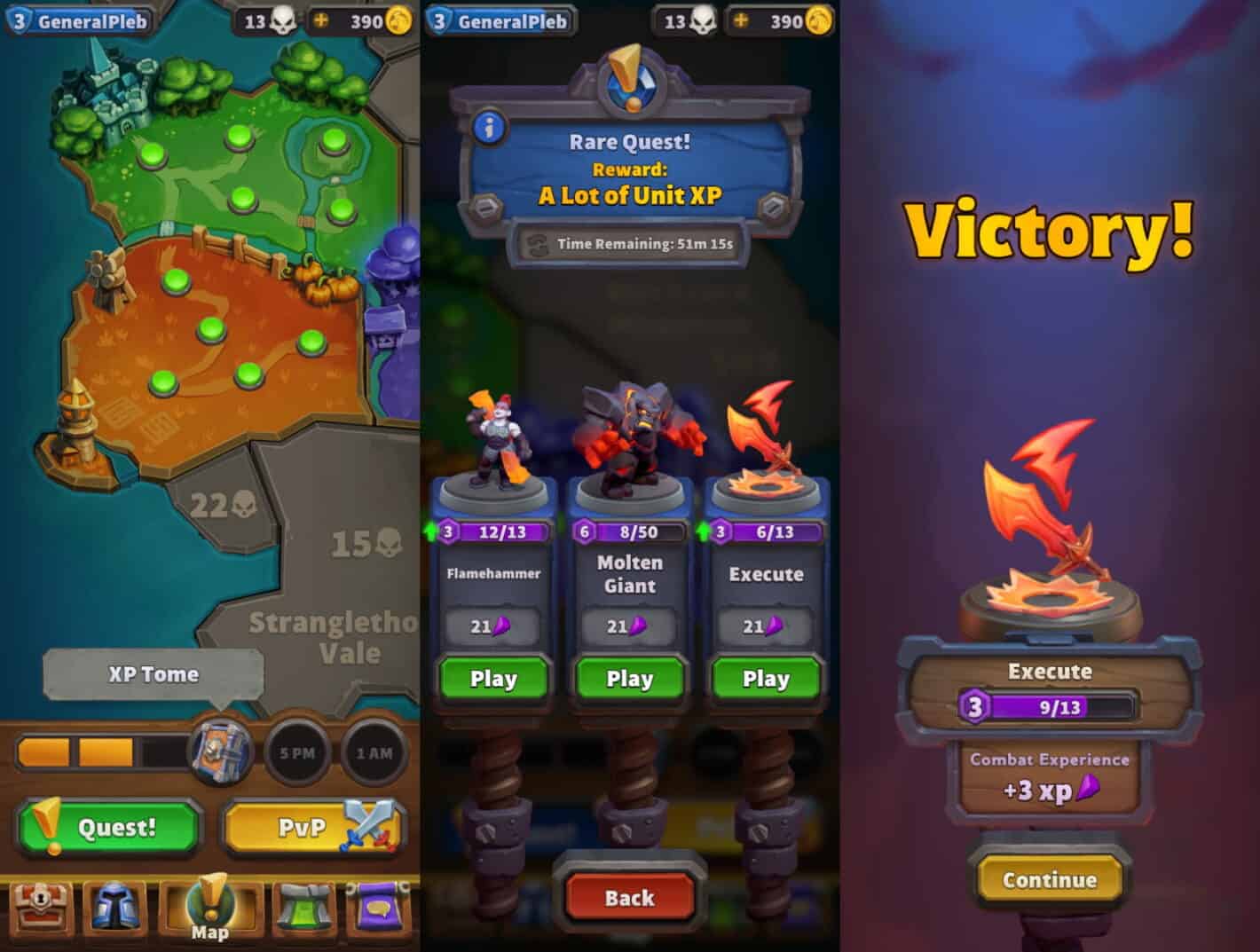 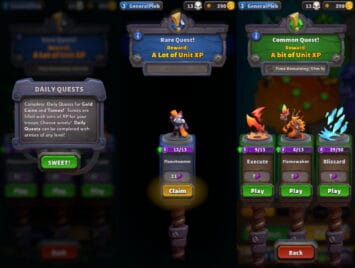 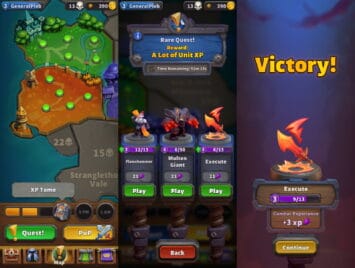 One of the best ways to level up and gather useful stuff is through quests. Just like with items in World Of Warcraft, quests in Warcraft Arclight Rumble can be common, rare, or epic. Not only do these provide you with xp, but you can also get gold and after you complete a few of them you can obtain rewards. Like even more gold or a ton of unit xp depending on the rarity of the quest. Epic quests obviously reward you with more xp.

You’ll want to do these as often as you can to make sure you don’t miss out on the rewards. Rewards also reset at intervals throughout the day. So if you want the best chance at leveling or getting more gold to buy additional units, staying on top of quests is a good way to do that.

Overall, Blizzard has done a really god job at making Arclight Rumble feel like an integral part of the Warcraft franchise. There’s even little details like the chatter of tavern patrons as you sit in the game’s menus. Which is a really cool way to help bring the game to life. While I have yet to tap into the guild feature or the multiplayer content, I have confidence they will be just as enjoyable.

You might have your reservations about Blizzard mobile games, but trust me, they’re great. With Warcraft Arclight Rumble and Diablo Immortal, Blizzard is so far 2 for 2. That’s a good sign. You can pre-register for the game right now on Google Play, with a release likely to happen later this year.