These two devices are basically the same as the Chinese variants, but with global software. We’ll focus more on the ‘Pro’ model, but will mention some differences between the two devices. They look pretty much the same, by the way.

We’re looking at a combination of glass and metal here, as it seems like Vivo decided not to offer Vegan Leather variants globally, at least not yet. The bezels are extremely thin on the two phones, while they include curved displays.

A centered display camera hole is included on both smartphones, and the same goes for a huge camera island on the back. Leica’s lenses are making a comeback here, along with the company’s T* coating. 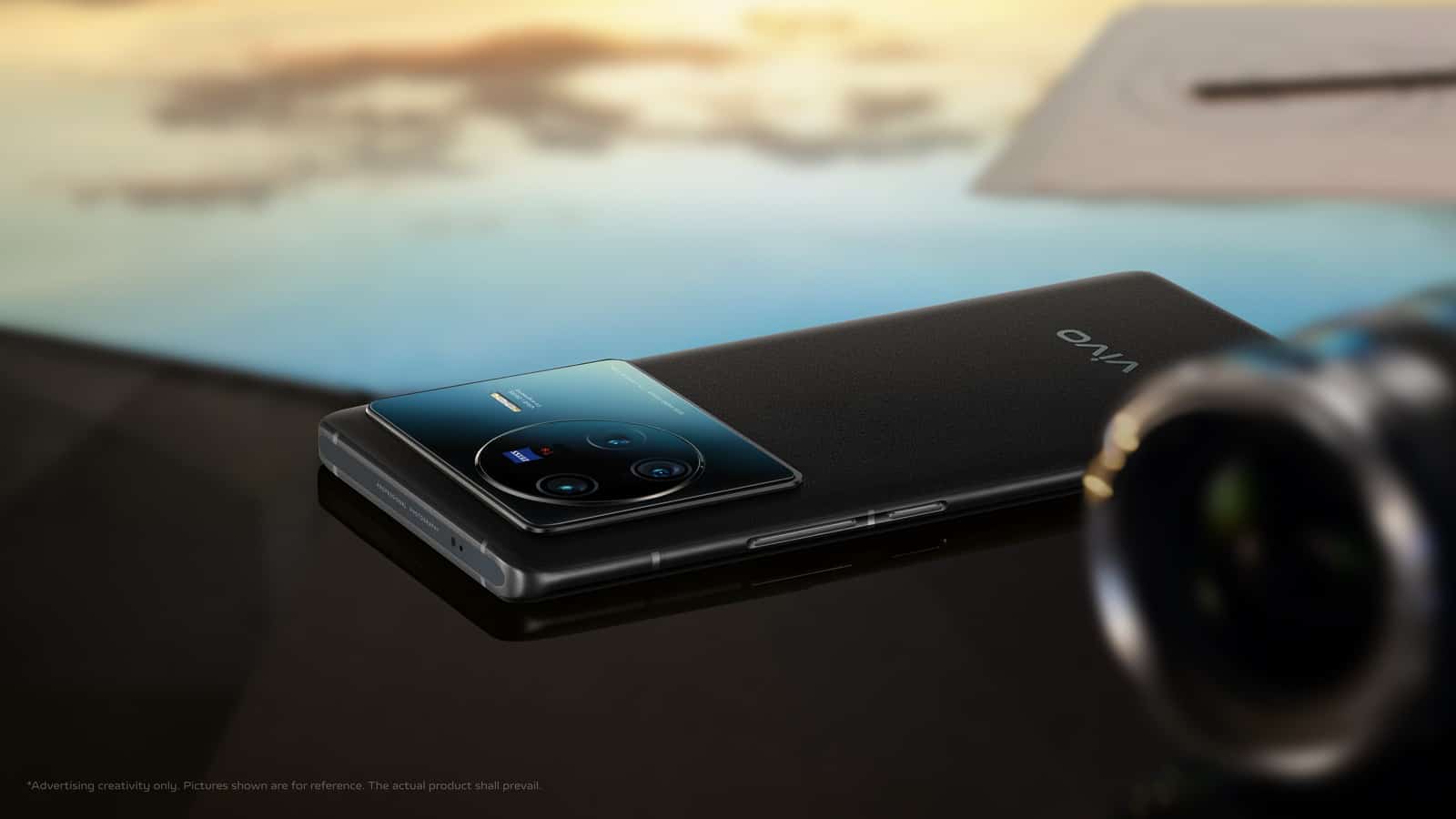 The Vivo X70 Pro+ is still regarded as one of the best camera smartphones on the market. Therefore, the expectations for the Vivo X80 Pro are quite high, needless to say. 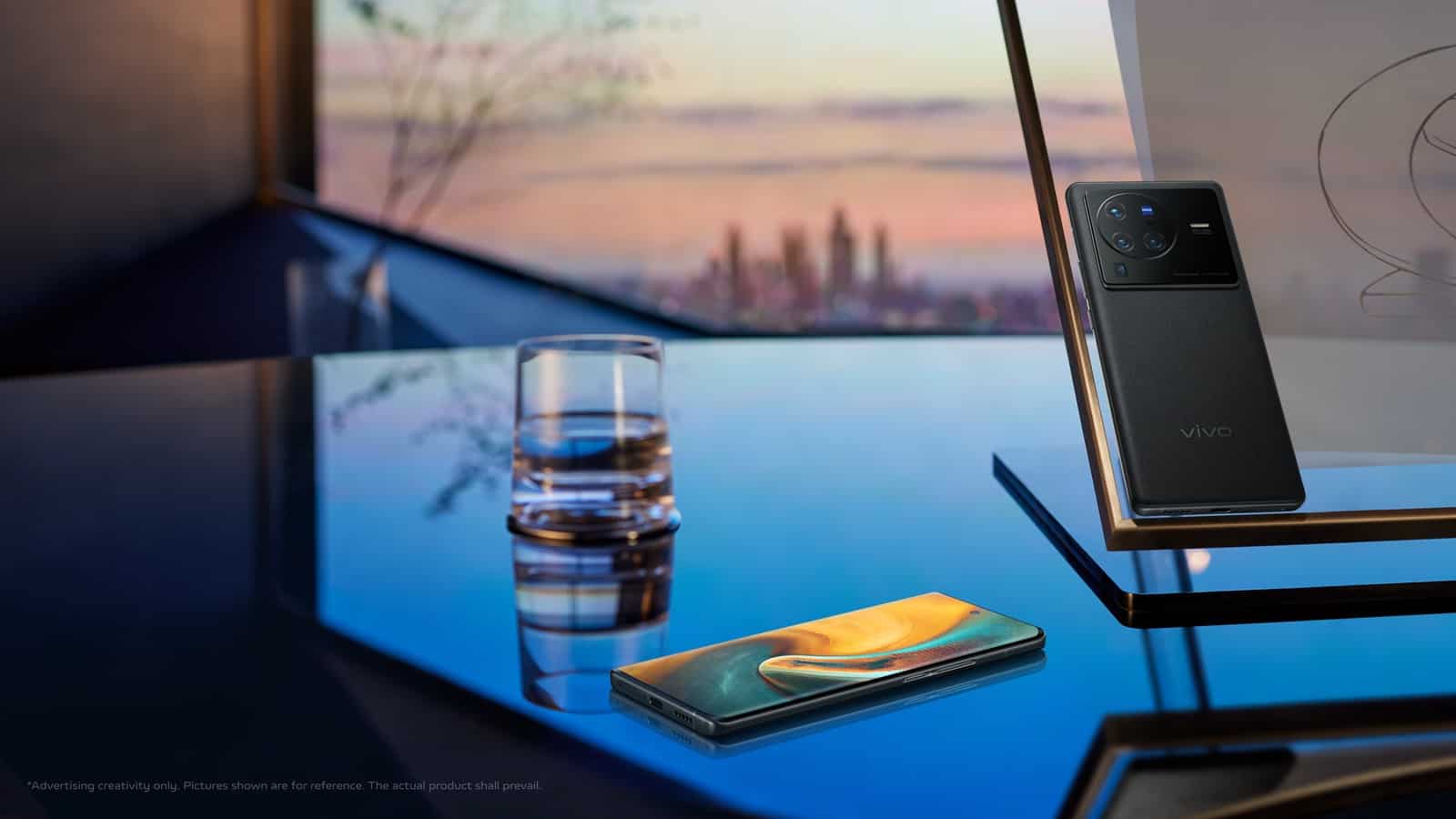 There are two SoC variants of the phone in China, but only one comes to the global market, the Snapdragon 8 Gen 1 variant. Android 12 comes pre-installed, with Funtouch OS 12. The global model of the device includes 12GB of LPDDR5 RAM and 256GB of UFS 3.1 flash storage. 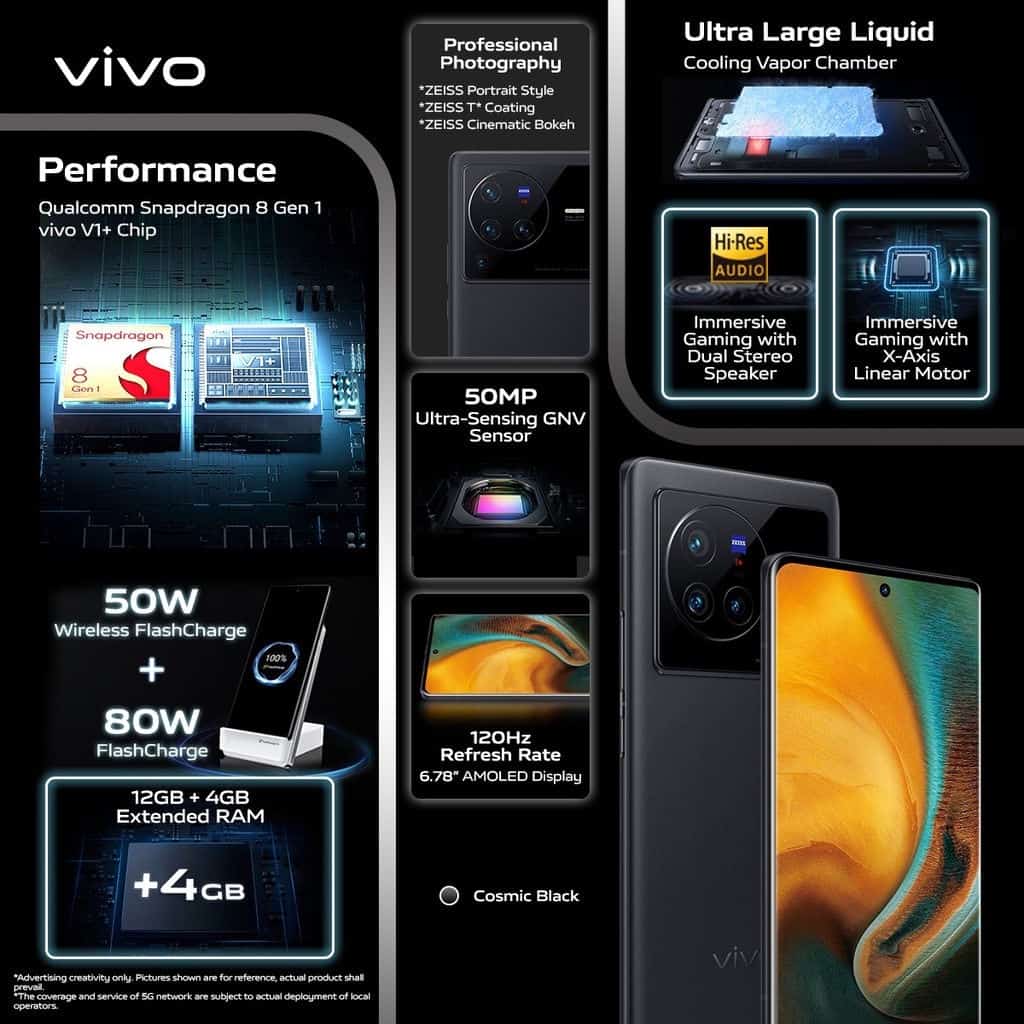 Powerful cameras are included, along with Leica lenses

A 32-megapixel camera sits on the phone’s front side (f/2.45 aperture). Do note that Vivo’s self-developed V1+ image processing chip is also a part of the package here.

The Vivo X80 Pro+ is IP68 certified for water and dust resistance. The phone does support 5G connectivity, and features stereo speakers. An in-display ultrasonic fingerprint scanner is also a part of the package.

A 4,700mAh battery sits on the inside, and the device supports 80W wired charging, and 50W wireless charging. On top of that, 10W reverse wireless charging is also supported. The phone measures 164.57 x 75.3 x 9.10mm, and weighs 215 grams. It comes in a Cosmic Black variant only.

The Vivo X80 comes with an inferior fullHD+ display of the same size, while its camera setup is also inferior to the one on the Vivo X80 Pro. There is also no periscope camera on this smartphone, and it doesn’t support wireless charging. This phone comes with the Dimensity 9000 SoC in global markets, and has a slightly smaller battery at 4,500mAh.

The phones are already available to pre-order in Malaysia, and they’ll be coming to more markets soon. Vivo said that the two devices will gradually roll out in markets across APAC, the Middle East, Latin America, and Europe.