Twitter appears to be readying a slew of new features and changes to improve multimedia sharing, profiles, and more. Discovered by 9to5Google contributor Dylan Roussel, the new features are wide-ranging. Including several potentially game-changing alterations and a few that are only slightly smaller.

The biggest of the new features for Twitter are “awards” and the above-mentioned multimedia sharing changes. In the latter case, that’s literal. The new feature under testing would allow users to tweet out both video and image files in the same tweet.

The new arrangement would still only allow four individual media shares in a single tweet. For example, two images and two videos. But it’s still a big shift away from the current situation, allowing up to four photos or a single video to be shared.

The second big feature isn’t fully understood or well fleshed out just yet. But the idea appears to be that users will be able to give an “award” to a tweet and then those awards will be tallied. Potentially tying back into monetization plans for the app and platform.

What else is new in the works at Twitter, beyond multimedia sharing?

Now, Twitter is working on more than just awards and a way to go about sharing multiple types of multimedia in the same tweet. Not least of all, the company is looking to add a new “Pronouns” segment to profiles.

The page that was found for that by Mr. Roussel, shown below, shows the UI for adding pronouns. It also points out the significance of pronouns in affirming individual identities and reducing stigmas.

Additionally, when viewing another user’s profile, there are two additional buttons that have been spotted in the works. Those are “Status” and “Discover.”

Status, as might be surmised, is a feature that lets users add a status to tweets and to their profiles. Other users, as shown in the images below, can “Join” the status, as well. Twitter hasn’t laid out any specifics for how that works and that hasn’t been discovered just yet, either. But the implication, as with the similarly opaque “Discover” button, seems to be that users will be able to discover more profiles more easily.

The “Join” button could help users set their own status to the same thing. Or it could lead to the discovery of other tweets and profiles that share the status. Conversely, the discover button could refer to discovering the user’s tweets or similar tweets. Although neither has been confirmed.

When will these changes arrive?

The appearance of these Twitter features in the works should not be taken as a sign that they’ll be released for certain. Instead, they highlight changes Twitter is considering, among others. Any one of the features is subject to a multitude of factors. And those will impact whether or not it will ultimately be finalized. Additionally, the features have only been spotted in one of the Twitter apps, namely the Android one. Although they’ll undoubtedly arrive on all platforms. 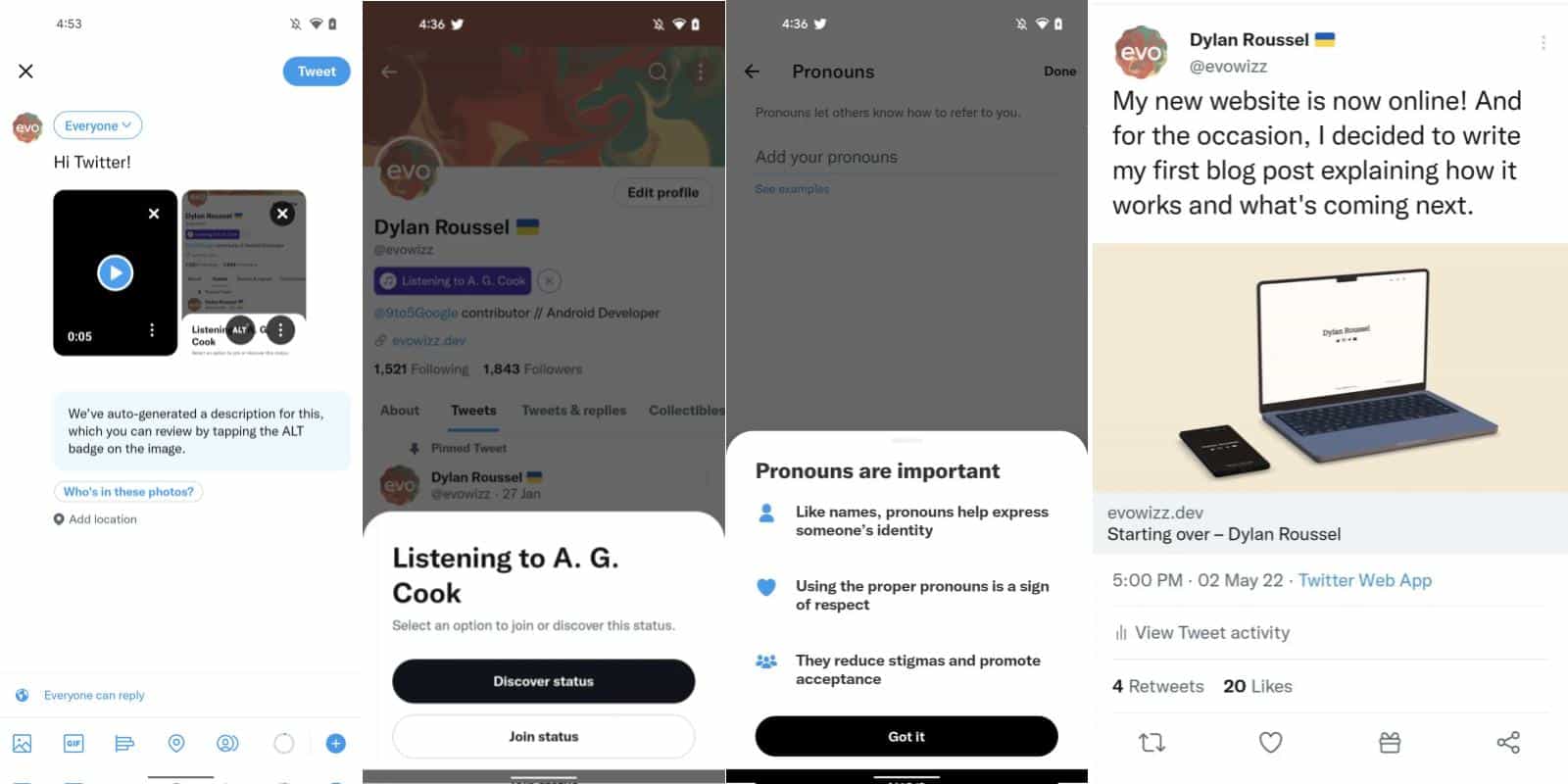