Amidst all the talk of Elon Musk’s pending acquisition of Twitter, the platform continues to add new features. The company is seemingly adding a new “Liked by Author” badge for tweet replies liked by the tweet author.

The feature was first spotted by TechCrunch (via Phone Arena), although it’s not available widely. Twitter hasn’t provided details of the feature either, so it’s unclear if this would eventually make its way to more users. However, the badge has been spotted in multiple regions so far.

Twitter is mainly known for its lively (and often toxic) tweet replies. The inclusion of the “Liked by Author” badge could offer more context and visibility to otherwise obscure replies. Authors also get a chance to highlight some of the replies without sending a reply outright.

There’s plenty we don’t know about this feature yet, including if it is opt-in. The screenshot below gives us a glimpse of the badge when implemented, and it’s fairly straightforward. It appears similar to the “Liked by Creator” badge on TikTok, working as a token of appreciation from the creators to their viewers/subscribers. 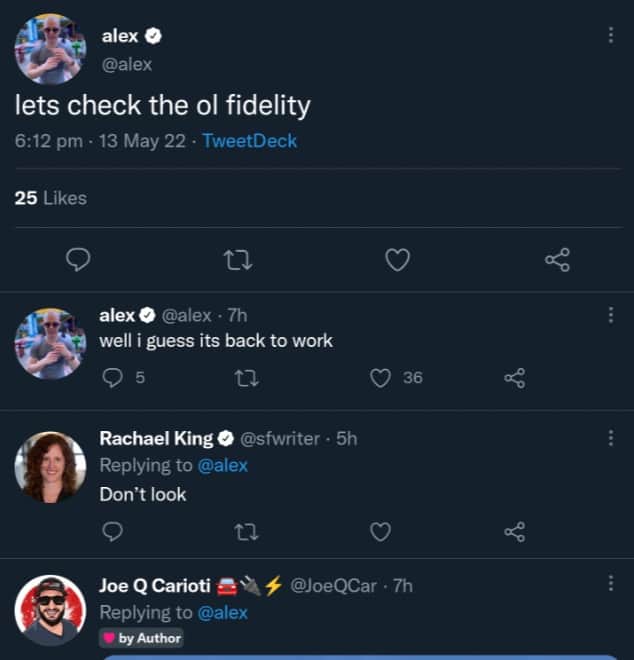 There’s a legitimate argument to be made about the unnecessary space this badge would take on the screen. Regardless, the fact that Twitter is testing this feature suggests that more such changes are on the way. We sincerely hope Twitter permits users to disable these badges in the interest of privacy.

It’s been hard to separate Twitter from controversies over the past couple of years. Whether it’s the raging free speech debate or the expected takeover of the company by Elon Musk, there’s something happening in the Twitter camp almost every other day. Twitter CEO Parag Agrawal addressed some of these concerns in a series of tweets last week.

“Regardless of the company’s future ownership, we’re here improving Twitter as a product and business for customers, partners, shareholders, and all of you,” Agrawal ​​said. The executive also spoke about bringing “more transparency to the work that we do” in an attempt to “improve the public conversation” on the platform. There’s still some uncertainty over Tesla CEO Elon Musk’s takeover of Twitter based on his tweets from last week.