It’s been over eight months since Samsung announced the world’s first 200MP smartphone camera. But the ISOCELL HP1 sensor has yet to appear on a real device. Motorola could finally debut it in July. In the meantime, Samsung has just teased the imaging capabilities of the ultra-high-resolution camera.

The Korean firm didn’t share photo samples from the 200MP camera. Instead, it captured an image of a cat using the sensor and printed the photo. The printed photograph is 28-meter-wide and 22-meter-high (see featured image above). That’s about one and a half times the size of a basketball court. But despite such an enormous printout, the image still looks quite sharp with plenty of detail.

This highlights the resolution of this gigantic camera. Samsung says the ISOCELL HP1 sensor can capture 16,384 x 12,288 pixels resolution images with its 200 million 0.64μm-sized pixels.

“Our desire to truly test the limits of the high-performance 200MP image sensor and its image quality is what brought this challenge about,” said Changwan Kim, a project manager at Samsung’s  Device Solutions Division.

According to Samsung, this image was shot with the sensor attached to a test smartphone camera module with no other aids. The company wanted to “capture the scene in the same conditions that smartphone users would be in”. Printing the 616 square meter photo wasn’t an easy task either. Samsung had to stitch together 12 separate 2.3-meter-long printouts. But the end result was quite stunning.

“I couldn’t believe my eyes when I saw the raw image enlarged to 100%,” said photographer Hyunjoong Kim. “I was truly astonished by the degree of detail. At that moment, I knew any prejudices I previously had regarding smartphone photography had been proven wrong.” 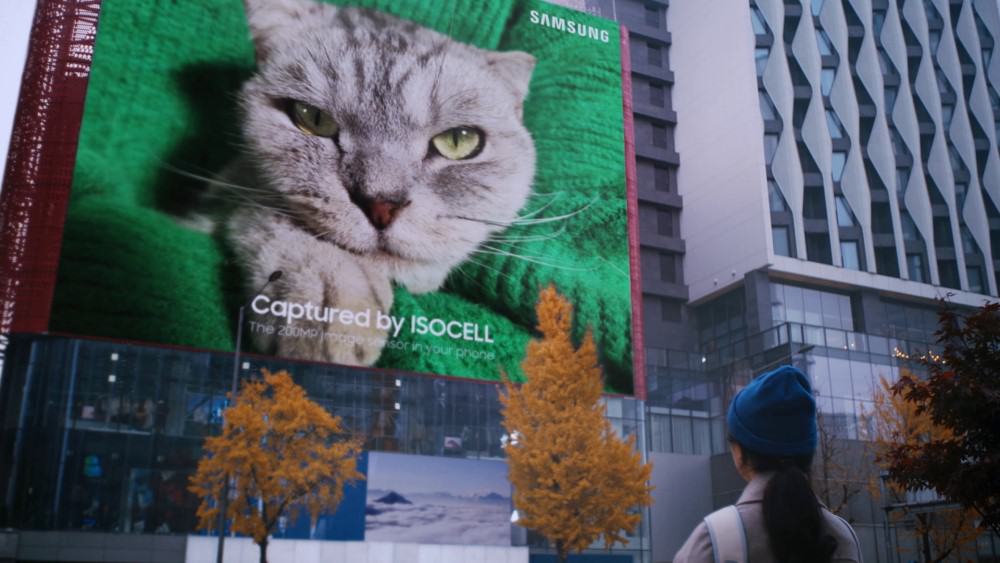 Interestingly, Samsung says this camera is still in development. This perhaps explains why it hasn’t made its debut yet. However, in the newsroom post, the company doesn’t mention the ISOCELL HP1 name anywhere. It simply says the photo was captured using an “under development” 200MP ISOCELL camera. This makes us wonder if it’s the second-gen version.

Reports coming from South Korea earlier this month revealed that Samsung’s second-gen 200MP camera, called ISOCELL HP3, is in the final stage of development. The company reportedly plans to use it in the Galaxy S23 series next year. With several months to go for the next-gen Galaxy flagships, we expect to hear a lot about the new ultra-high-resolution camera as well as the devices in the coming months. We will keep you posted.

In the meantime, you can check out how Samsung went about this “challenging” task in the video below.