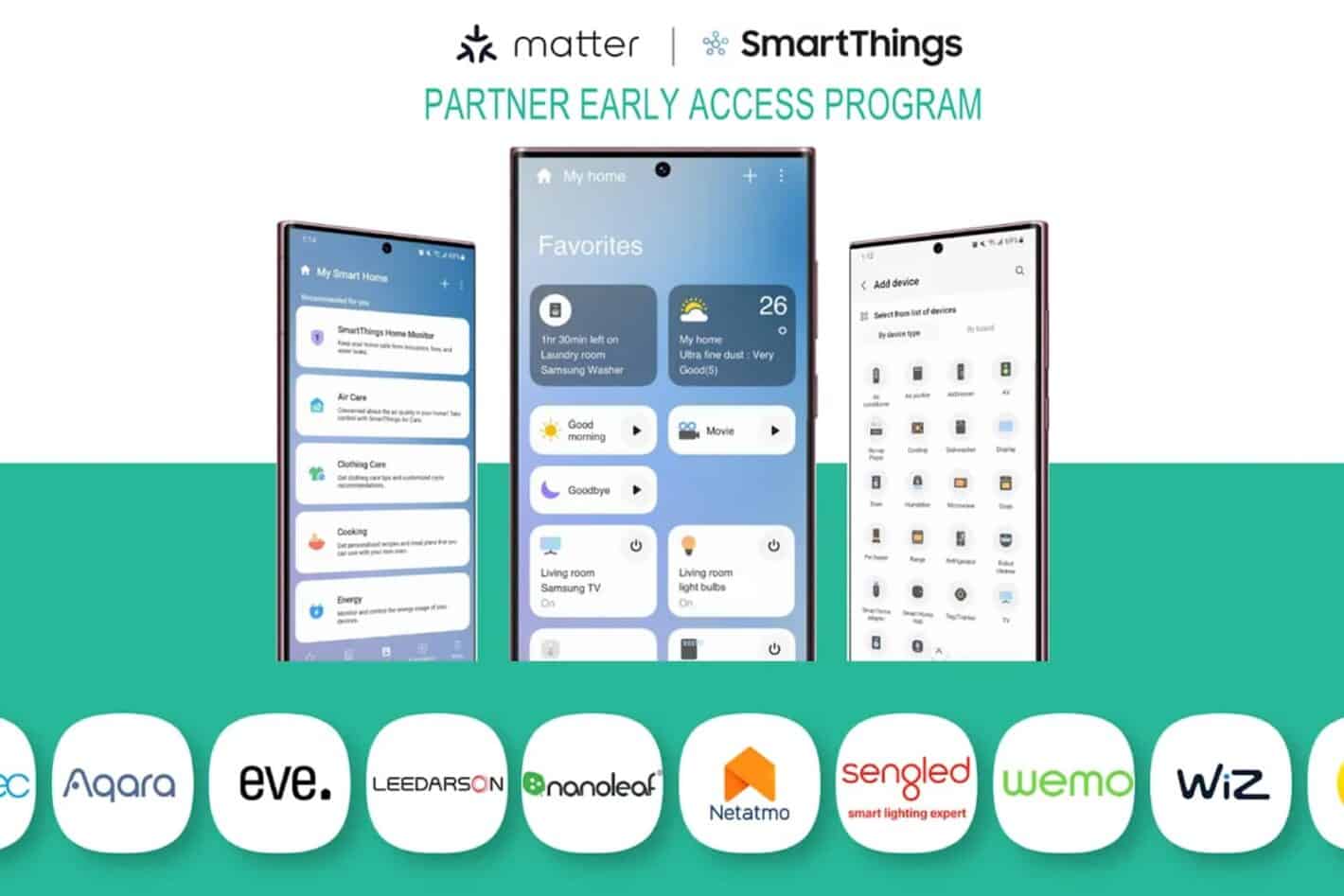 The newly-announced program is intended to accelerate progress in testing interoperability between devices, services, and manufacturers that support Matter. In fact, there are already no fewer than ten partner companies named as taking part in the program. Including some of the biggest names in the home automation market. Such as smart LED lighting manufacturer Nanoleaf as well as long-time lock and smart home maker Yale.

All of those companies will be able to utilize Matter and SmartThings as a hub for interacting with other products. And with Samsung’s own Galaxy-branded devices, televisions, and Family Hub appliances.

What does the Partner Early Access Program mean for SmartThings users?

Now, no immediate impact will be felt by end-users as a result of the new Samsung Partner Early Access Program. More likely, it will be quite some time before any results arrive from the program. The purpose, as noted above, is to test compatibility. Ensuring that Matter standards are followed and that partner devices work with Samsung Smarthings and Hub-enabled devices through the SmartThings app. This, in turn, should help other companies involved in Matter, by proxy.

Samsung has also pledged to continue investing “heavily” in Matter. Just as it has already been, as a founding member of Matter alongside the likes of Google, Apple, and Amazon.